South African media, nationalisation and the spectre of investor confidence

Mandla J Radebe is an associate professor in the University of Johannesburg’s department of strategic communication. He is the author of Constructing Hegemony: The SA Commercial Media and the (Mis)Representation of Nationalisation (UKZN Press). He recently penned an opinion article that first appeared in the Mail & Guardian on 17 Feb 2022.

The way South Africa’s commercial media frames ideologically laden discourses is a sign of its control and ownership by the powerful capitalist class. Often, this media relies on news frames such as “economic consequences” to inadvertently valorise capitalist logic. This diminishes its fundamental watchdog role, especially on behalf of the marginalised.

The article “A destroyer of confidence no more” (Mail & Guardian, 11 to 17 February) by Sarah Smit exemplifies this role by the media. Smit continues with the tradition by echoing the same narrative when dealing with a highly charged ideological discourse of nationalisation. She employs the spectre of investor “confidence” to dismiss a crucial debate that should be understood as part of a thoroughgoing redress of centuries of oppression and dispossession of the African people. Smit is not the only one in this regard.

Over the years the commercial media has overindulged the sentiments of investors by using the investor confidence frame to threaten economic ruin whenever transformation demands are made. As British media scholar and author Des Freedman posits, the media is the “ideological lynchpin of the dominant class” because of a combination of factors, including advertising, the domination of elite sources and the orientation towards profit.

In the intro of her article, Smit leans on the former chief executive of the JSE, Russell Loubser, as a primary definer to set the tone. Inevitably, there are no prizes for guessing that the conclusion will be a valorisation of capitalism. Part of the commercial media posture can be understood in the context of its location in the capitalist power structures that compel it to drive the interests of the ruling capitalist class.

However, this should not detract the media’s good work, which includes providing space to the pro-nationalisation perspectives, the negative framing notwithstanding. Nevertheless, the media generally employs the investor confidence ticket to discredit anti-capitalist discourses such as nationalisation and land expropriation.

The concept of investor confidence is critical for capitalist accumulation. Essentially, this refers to issues such as the protection of capital value and investment, whereby investors are almost guaranteed that their investments will yield an expected income. Hence, the investor confidence index can be measured by looking at actual levels of risk taken by investors in their portfolios. Investors must be provided with guarantees and incentives to invest. Usually, this concept is accompanied by the assumption of trickle-down effects, such as economic growth being assumed to address socioeconomic problems.

In the South African context, investor confidence often denotes foreign investors that the government has been trying to lure to the country. But investment as a concept can best be understood when situated within dependency theory, which exposes this line of thinking peddled in the media as part of modernisation theory, and its more recent manifestation, neoliberalism.

Scholars like Jeffrey Kentor and Andrew Jorgenson have described the old trick whereby poor countries are advised that to “develop”, they need the rich countries to provide the requisite education, technology and capital for them to become “modern”. In this regard, foreign investment can be considered as part of the “modernising” mechanisms deployed by the developed nations.

This line of thinking is prevalent in the nationalisation discourse in the media, where it is argued, with little evidence, that calls for mine nationalisation negatively affect investor confidence. Most media, including Smit’s article, which  is accompanied by a graph ‘Mining in the money’, report the unsubstantiated claims that anti-capitalist discourses like nationalisation are linked to low investment activity.

The dominant narrative is largely informed by the interpretation of business sources. As is the case in Smit’s article, the primary definers on the “confidence” crusade are linked to big business or their views are sympathetic to business interests. No other sources are used, either to verify the claims or to present an alternative view.

The media’s position on ideological discourses is influenced by structural factors that enable the elite, using their status, to be seen as credible sources to frame issues for the public. It is little wonder that actors from organisations that support such discourses are not used in Smit’s article, whereas those linked to big business are provided access to frame the nationalisation discourse from the capitalist perspective. Partly, it is their status that enables them unfettered access to the media. In short, this is a function of the media power that shapes and influences public opinion.

Advocates of anti-capitalist views are given limited media space; hence the dominance of neoliberal perspectives. This type of coverage conceals some of the shortcomings of the much-vaunted foreign investment from rich to poor countries, particularly the reality that it has, on many occasions, failed to address the economic problems of poor countries. On the contrary, this investment has often created dependencies that lead to economies growing in a disjointed fashion, thus reinforcing inequality.

In the end it is the subalternised working class who feels the pinch of this reality; across the country, directors amass a disproportionate amount of wealth, whereas the workers live in squalid conditions characterised by abject poverty. This was part of the powder keg that led to an explosive situation at Lonmin’s Marikana mine.

Some scholars have argued that the dominance of foreign capital has negative consequences for developing countries when compared to less dependent ones, because investing countries have many unfair advantages, with profits repatriated to the investing country, instead of being reinvested in the host economy. For centuries, South Africa’s extractive economy witnessed the profits of the country’s natural resources repatriated to the Global North, with the marginalised people left with very little to nothing.

Such views are overlooked by the media in haste to demonstrate that only capitalist-based solutions can address the country’s multifaceted, intractable problems. Alternative views, such as those grounded in dependency theories, which counterpose the dominance of the neoliberal perspective, are neglected. This is precisely the reason why the commercial media is central in constructing hegemony on behalf of capitalism.

Because of its location in capitalist structures of power, this media reproduces the views of the dominant powers and has been unable to unpack the underlying failures of capitalism. In the final analysis, an alternative, decommodified media that will serve the majority as a public good, rather than the narrow interests of capitalism must be reimagined. 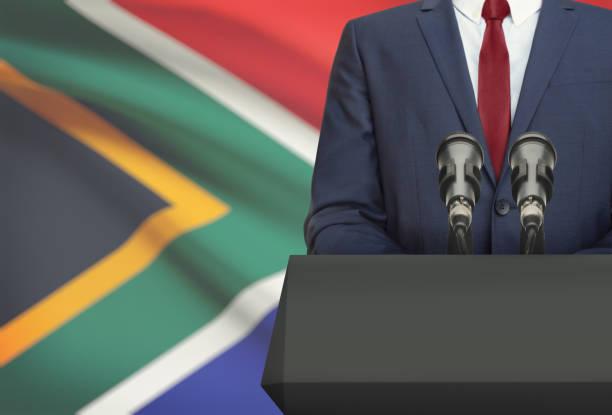