Should racist comments be censored?

​​Reading racist comments posted by South African readers on the web is like watching a horror film. I know it will be unpleasant, but I’m drawn to do it. I know what I’m going to see, but I’m still shocked when I see it.

​There are those who would suggest that any comments by black people cannot be racist. The best argument for this is that the word ‘racist’ has a historical context that picks out a large-scale, systematic phenomenon of subjugation perpetrated largely by people of European descent against people of colour.

Suppose that the word ‘racist’ should be used in this narrow way. Even so, there are still plenty of morally objectionable ways that both black and white people can treat one another on the basis of skin colour and other visible, biological features.

If you prefer to label these practices ‘prejudice’, ‘discrimination’, ‘bullying’ and the like in what follows, and not ‘racism’, be my guest. It is these on which I focus.

The racist–or whatever you care to call them—comments by readers on the internet are far from good for South Africa. Should they be censored, either by a politician or a webmaster?

Before answering this question, consider some examples of what I have in mind.

From some (of course, far from all) white readers, one encounters posts that black people are naturally inferior, that black cultures have had nothing to offer the world, and that conquered peoples should just be grateful for the science, industry and technology that was a product of white domination.

From some (of course, far from all) black readers, one finds posts that white people don’t belong in Mzansi, that they should ‘go back home’ to countries up north, and that Africa is for Africans.

Perhaps many would be like me in finding these remarks ugly, but would be quick to point out that people have the right to make them.

I think that is true. People have both the moral and Constitutional rights to make inane and even immoral remarks in public without being imprisoned, threatened or forcibly shut up.

However, just because one has a right to do something does not mean that one should do it, a point made in the context of debate about the exhibition of The Spear, but worth repeating. Having a right is one thing, and having a good reason to exercise the right is another.

​​​Unfortunately, South Africa is becoming a litigious culture, like the United States. The main way of resolving disputes is increasingly a matter of individuals and institutions claiming their rights, battling things out in court to see who wins, and presuming that this is the end of the matter.

People do have rights, but rights do not exhaust our moral reasons for action. In addition, people have duties to treat one another in certain ways. In the present context, those posting comments on the web have a duty not to be patently offensive and not to cause unnecessary psychological harm to others.

My Dear Defender of White Superiority, what is the point of making such comments in public on the web? Do you believe that black people have never heard such a perspective before?! If they do hear it, do you think that they will change in some way? (Presumably, by your own view, you do not think them capable of change.)

The only motivation I can see for openly denigrating black people and culture is cruelty. The sole point seems to be to make black people feel bad about themselves.

My Dear Defender of Black Exclusion, what is the point of making such comments in public on the web? Do you believe any non-African has left the country upon being told that Africa is for Africans? Do you think that the implicit hint of violence in your remarks is going to improve the way that white people treat blacks?

I can find no justification for trying to instil fear in others, when doing so is going to do absolutely no good to anyone. The motive seems to be pure vengeance.

If readers should not be making such comments, then it follows that webmasters and editors, and the media houses that pay them, should not be publishing them. Again, I accept that they have a right to do so, but question whether they should exercise the right. (Note that the ‘report abuse’ button does little good in practice.)

If I were an editor with control over a news web page, I would strive to facilitate constructive dialogue among readers with contrasting points of view. Instead of publishing derogatory remarks and mere assertions, I would have a moderator structure debates about salient news articles.

It would be like a talk show, except there would be thousands more participants, they would be able to spend time thinking before contributing, there would be a written record of their exchanges, and ideally these would be organized so that real and deep issues are critically explored in a logical fashion. Surely, this would be a way to attract readers and make some money, while improving public discourse.

Let those posting comments not hide behind their right to say whatever they like, and let the media not hide behind its right to publish whatever will sell. Let people instead take some responsibility for improving race relations in the country and behaving in ways in which they can take some real pride.

While it can be entertaining to watch a horror film, I invariably leave with the sense that I could have spent my time in a better way. May the reader consider this article one such attempt.

Professor Thaddeus Metz is a Humanities Research Professor of Philosophy at UJ and an A-rated NRF Researcher. This article appeared in the The New Age, 25 October 2013. 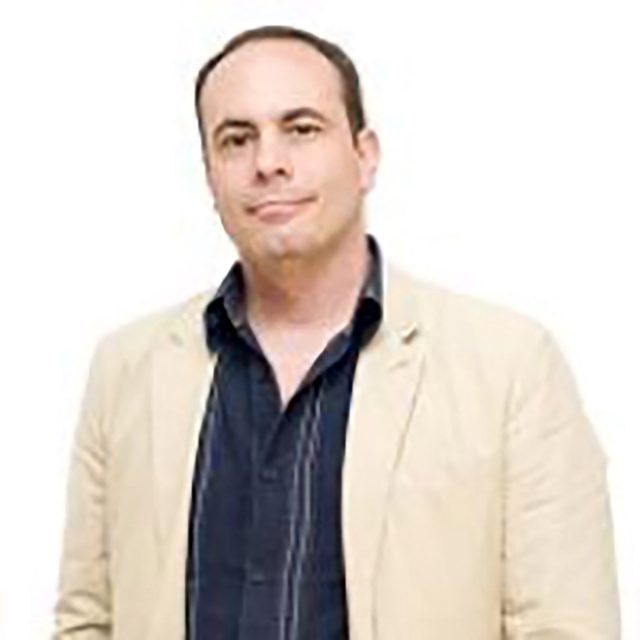