Pensioner Hendrik “Hennie” Labuschagne recently graduated with a third qualification at the University of Johannesburg (UJ), 12 years after retiring. Currently he is 70 years old and in year three of obtaining his Honours degree in Psychology as well. Next he plans to do a Masters degree and qualify as a Clinical Psychologist.​

After a thirty-year career as a medical representative and being offered early retirement at the age of 58, Labuschagne has raked in BA and Honours degrees in Theology and a BA in Biblical Languages.
His first career switch was from the military to the pharmaceutical world.
After matriculating in 1961 Labuschagne completed military training in Cape Town in Youngsfield, at an anti-aircraft regiment. He was selected to do a special course in radar and became involved in what was, in those years, considered the latest technology in early detection of war planes, and relaying this information to the command posts and cannons outside the radar station.​

Later on he started to look for a career because his parents were poor, and he had to fend for himself. Labuschagne joined the pharmaceutical world as a medical representative, advising doctors, pharmacists, and other medical professionals on the use of his employer’s research-based medicines.​​

“During my career I also obtained a certificate in Medicine at the then Witwatersrand Technical College for Higher Education. In 2002, people, including myself, with 30 years of experience were offered early pension packages, and that is when I realised that my real life could begin.

“At the age of 58, I started my studies at UJ and at the Auckland Park Seminary (just down the street from the University), run by the Apostolic Faith Mission. In 2007 I completed my BA Theology and also did Honours in 2008,” he says.

“Within my first year, I experienced the calling from the Lord for Biblical or Pastoral Care, and I realised that I still have several years of study ahead of me. We learnt at College that people would ask us about the spiritual life and all the different facets thereof, and if you would do counselling you are strongly advised to further your Biblical languages like Greek, Hebrew and Aramaic, as people often tell us that they do not understand the Bible. In such a case, one should be able to analyse and explain every word in the Bible in the original language. For this reason I registered for BA Languages, including Afrikaans as one of the main subjects,” he added.

Labuschagne says practicing as a Clinical Psychologist when enable him to serve his clients better. “I am of the opinion that with my background of Medicine, Psychology, and Languages, I should be in a position where I can guide people to the Word of God to lead us on our ways of life,” he says.

Asked what advice he has for the youth who are still studying and are about to study, he says that “do good aptitude test before you attempt a particular course. Scale your ambitions and that will give you an idea of what you want to be in life. This will help young people use time well and avoid wasting money on doing a course they would later not enjoy doing.”

Labuschagne and his wife live on a small retirement fund and state pension for the elderly. 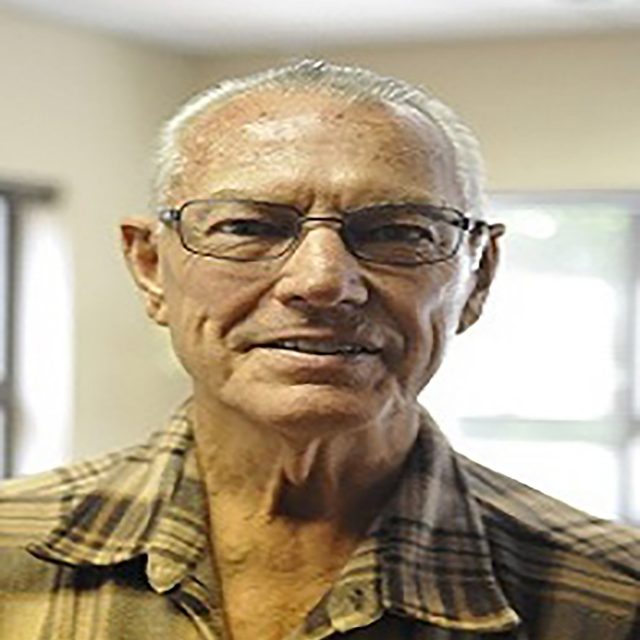