​Mr Sibusiso Mdletshe, a senior lecturer in the Department of Radiography within the Faculty of Health Sciences at the University of Johannesburg (UJ), is the recipient of the Vice-Chancellor’s Distinguished Teacher Excellence Award for 2013.​​​

Mdletshe began to feel a passion to impact on young people as early as the age of 11 when he started teaching Sunday school at his local church in Mandeni. It was from these interactions that he developed the interest and passion to make a positive impact amongst the youth. The opportunity to work with students as a clinical tutor within the Radiotherapy Department at Addington Hospital in 1997 was the first step towards the realisation of his dream. However, he had to overcome two key challenges:

Then came the opportunity to join the then Natal Technikon (now Durban University of Technology) as a permanent lecturer. During that time Mdletshe was groomed extensively by Ann Hesketh and Germaine Mathurine who helped him discover himself within the academic fraternity, while ensuring that he maintained his passion and beliefs.​​

The big chance to realise his passion came when he joined UJ in 2009 as a senior lecturer in the Department of Radiography, where he was allowed to be himself within the confines of the vision of the University. It was during this time that he developed his teaching philosophy which has its foundation in student engagement. Mdletshe sees student engagement as an opportunity to develop students as a whole in terms of their habits and skills, beliefs and values, motivation and feelings, and their spiritual wellbeing. Learning is not about simply mastering the learning material, but also about developing a positive attitude towards life, self and others, and about lifelong learning through the ability to self-study. Students comment on how Mdletshe stretches them academically – which they may not like at first, but come to appreciate by the end of the year. By building strong and caring relationships with his students, he is able to motivate them to give their best in their studies, and to master what is undoubtedly a difficult discipline.

As part of relationship-building, Mdletshe likes to start each lecture with a profound thought – often supplied by himself, but on occasion by his students – encouraging his listeners to find ways of applying these to their own lives. As commented by students, some of the popular statements he uses when he engages with them are the following: “You are smarter, wiser, cleverer, knowledgeable, capable, stronger and more handsome/beautiful than you are, do not allow people to define who you are but define yourself from the point that you deeply care about.”

With his constant commitment to the wellbeing and success of his students, it is not surprising that they look to him not only as their lecturer but also as their mentor, teacher, father, leader, motivator and role model. 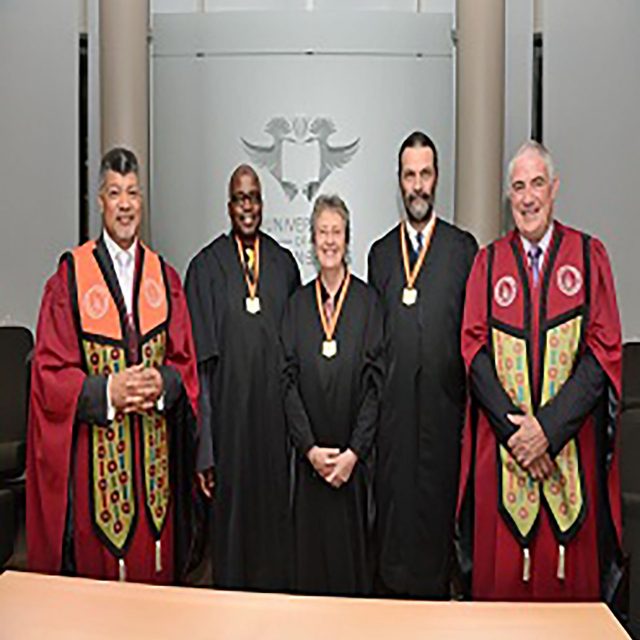