The basketball team of the University of Johannesburg (UJ) was crowned champions of the 2022 Inner City Super League (ICSL) on Sunday, 29 May 2022. They won the final match in fine style with a 76-63 final score over the Braamfontein Blues at Wits Hall 29 in Johannesburg.

UJ had four teams participating in the league; the men’s under-19 and the women’s senior team as well as the men’s first and second teams.

“Winning the Inner-City Super League means a lot to our team, especially as we came short at the 2021 USSA National Institutional Championship. It was heartening to see the freshman, Adrien Belo, handle the pressure of the finals with poise. We played exceptionally well in the finals against the defending champions who were only team that managed to beat us by over 15-points during the regular season,” explains Mandla Ngema, Head Coach: UJ Basketball Club.

The Under-19 team played six matches, winning four against Tip Off Sports Vikings, Sandton Bullz, St Benedicts College and Michael Mount Waldorf School. They lost two matches to Wits Academy and Tip Off Sports Vikings in the final. Coach Ngema emphasised that the under-19 team, which consists of mostly Grade 11s and three Grade 12 learners, surpassed their expectations by making it to the final despite their lack of experience.

“There is a lack of squad depth in the Galaxy team, but the return from injury of our marquee recruit, Samira Abate, will improve our depth,” adds Coach Ngema.

The experienced coach revealed that they are trying to start an under-16 team to help replace senior players when they leave after competing their studies.

“We are still fixing some of the things we did wrong at Ashraf (16th Annual Wits Ashraf Lodewyk Memorial Basketball Tournament) individually and as a team. Ashraf gave us a few lessons which we applied in the ICSL playoffs and ultimately to the win. Consistency, execution and making timely adjustments were some of the challenges we faced. At times, we found it difficult to put five consecutive positions of solid, good, controlled basketball on defense and offence and allowed adrenaline and excitement to dictate our level play,” explains Zett Mutongoza, Orange Wave captain. 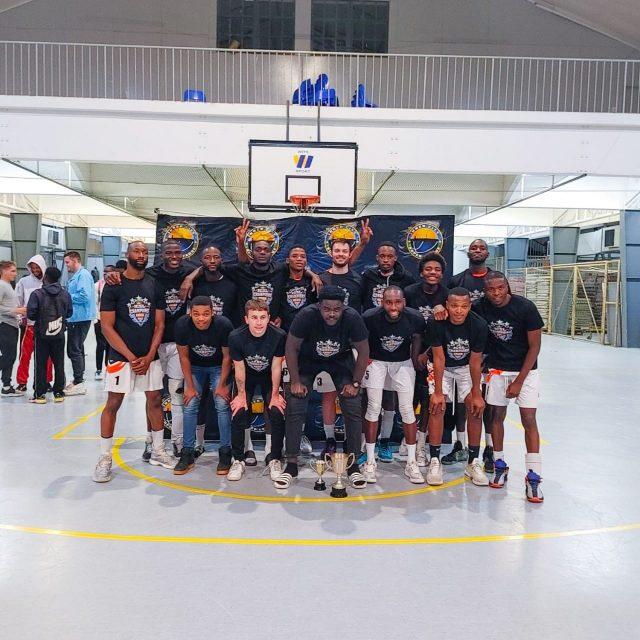