The beat to rehabilitation

​​​​​​On February 1, 2012, the Johannesburg Prison, popularly known as Sun City, was the scene of a theatrical gem, when inmates, danced, sang and pounded barrel-sized drums in a courtyard until sweat drenched their orange overalls.​

These inmates, convicted for crimes ranging from armed robbery to serious drug abuse and who are aged between 18 to 40 years, participated in the Cult-Artainment competition, a competition that forms part of a rehabilitation programme that uses performing art to help inmates learn the life skills that prepare them to become productive, creative, and law-abiding citizens.

The prison rehabilitation programme, a joint venture between the Correctional Services; the City of Johannesburg; Gauteng Sports; Gauteng Arts, Culture and Recreation; Love Life and 985 Entertainment, is supported by the University of Johannesburg’s Arts and Culture.

For competition judges, Neo Motswagae and Nokuthula Nkosi, both Arts and Culture staff at the University’s Soweto Campus, this rehabilitation programme not only promotes learning through the arts but also presents the opportunity to build bridges to connect and integrate diverse environments.

“This is part of the UJ’s community outreach programme. I am proud that UJ is recognised in areas that are not considered education environments, such as prisons. The programme is channeling creative energies in constructive ways and using the arts to provide an environment for self-discipline, commitment and teamwork,” said Nkosi.

UJ’s Student Residences will form part of the rehabilitation programme via a tour called Motivation for Crime Free Youth, later this year. 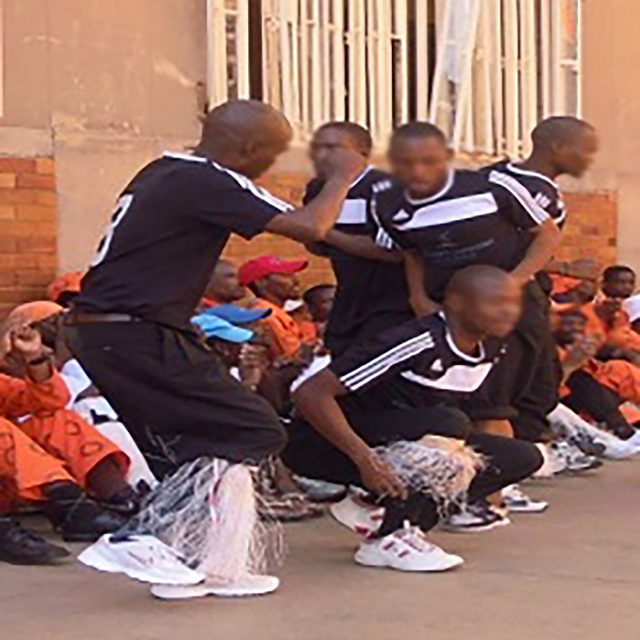