​Community services which mainly refers to the social economy have created more than 400 000 jobs, while other sectors in the South African economy performed poorly in creating jobs, according to Dr Susan Steinman Director of the Centre for Social Entrepreneurship and Social Economy (CSESE) at the University of Johannesburg (UJ).

Speaking at the CSESE’s annual two-day conference that focusses on the role social economy plays in socially sustainable development, Dr Steinman highlighted that social enterprises and cooperatives are businesses owned by groups of residents with the aim to develop the community. “The profits of the enterprises are shared among the owners who also act as the workers of the business. These jobs were created because of community related services, which is the largest increase in jobs in a period of seven years. Manufacturing shed about 180 000 jobs and the financial services sector created about 50 000 jobs, “said Dr Steinman when she addressed the audience at the Sunnyside Park Hotel in Johannesburg on Wednesday, 3 September 2014.

Also speaking at the conference, Mr Jeffrey Ndumo, Chief Director, Cooperatives at Department of Trade and Industry, said that 20% the cooperatives and social enterprises that thrived had been created before 1994 and highlighted that most of the other 80%, created after 2005, were struggling.

“I’m at pains that this 80% is very weak, small and vulnerable because they have not grasped how to create cooperatives. We need to stand in solidarity in a social collective environment, so we may be able to have more change in the social economy,” he said.​

Dr Steinman stressed that there is much public debate on whether cooperatives contribute to the empowerment of poor and marginalised people in South Africa. “We need to explore whether the social economy is pushing back the frontiers of poverty, unemployment and inequality,” she said.

“One of the recommendations was that the impact of the social economy as driver of social change, job creation and economic activity be recognised and that an office or department be created for this sector, referred to as the “third sector” in the UK. A similar office for social innovation exists within the office of the US president,” said Dr Steinman. “However, the creation of the Department for Small Business Development seems to be the answer.”

She said that better inter-departmental co-operation relating to policies would be a desired process according to the group and that the social economy stakeholders commit to engaging with government on all levels with one voice.

The working group also made recommendations pertaining to education for the social economy with special emphasis on educating the youth and by including a “heart-set”, “mind-set” and “skills-set” within a bouquet of programmes on all levels – short learning programmes, formal programmes, modules in programmes, community training and development, apprenticeships, coaching and mentoring.

Financial support, access to finance, and tax concessions and the accreditation of Business Service Providers were highlighted as issues that would need attention.

The CSESE conference was hosted in partnership with the University’s Faculty of Management.​​ 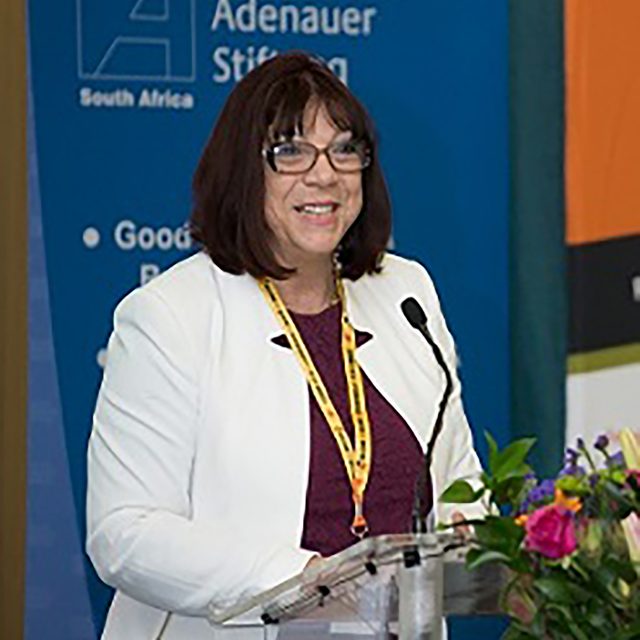