​The labour unions in South Africa have come to the realisation that it is not simply enough to lament the increasing risks to job security, posed by the fourth industrial revolution. Instead, unions have embraced the importance of capacity building for workers by upskilling workers as an integral part to their strategy for the pursuit for decent jobs in the Industry 4.0 era, the fourth industrial revolution is popular known.

This was one of the views that were raised during the second session of the panel discussions on the Future of Work, hosted by the Johannesburg Institute for Advanced Study (JIAS) on Wednesday, 22 August 2018. The high-level panel discussion featured representatives from labour, among them the president of the Congress of South African Trade Union (Cosatu) president S’dumo Dlamini and National Council of Trade Unions Medupi Maimela. Dlamini emphasised the need for labour unions to take the lead in ensuring that workers in various economic sectors were prepared for Industry 4.0.

“The fourth industrial revolution has caused a lot of anxiety among workers, and it’s a wake-up call. Trade unions are alive to that and are saying how do we adapt? 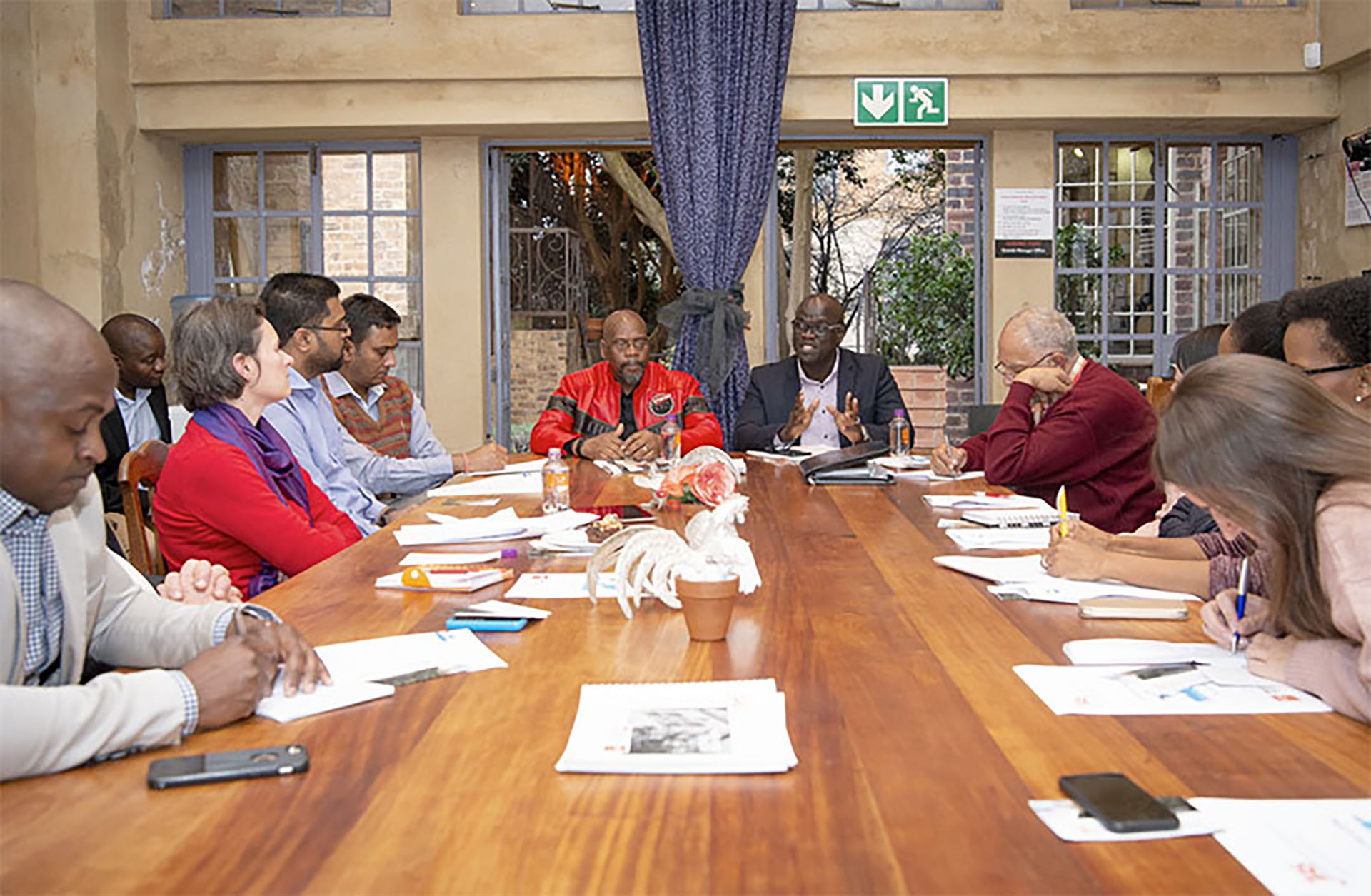 SA labour unions engage on the Future of Work at the Johannesburg Institute for Advanced Study. President of the Congress of South African Trade Union (Cosatu), S’dumo Dlamini, and leader of the National Council of Trade Unions, Medupi Maimela, led the discussions.

“We as labour have come to a point where we realise that it’s not simply enough to lament. We need to say what it is that needs to be done to ensure that the fourth industrial revolution benefits workers, and that jobs are not lost,” Dlamini said.

He said it has become compelling for workers to adapt to the fourth industrial revolution.

“This (Industry 4.0) has completely come to define the economy value chain, especially in the labour industry. We have to agree to invest in the new productive sectors of our economy. Also, it requires us to think how we are going to look into the labour laws of our country.”

Dlamini added that it was important that, in adapting to the fourth industrial revolution, South Africa should relook its knowledge production output. In this regard, he said, universities have to play a critical role in ensuring that the students they produced were prepared for Industry 4.0.

He mentioned that it was a matter of great concern that while jobs were on the risk from Industry 4.0, labour remained divided and fragmented.

Maimela agreed, saying “we need to ensure that workers are well trained and prepared in skills development”. For this to happen, he explained, there has to be a will from the government. “Labour legislation is supposed to be an enabler if we are to have a complete revolution,” he said, adding that the private businesses, as the major employer in sectors such as mining, also need to play its part in the skills development.

“As labour, we are clear about what we want: business can co-exist with labour and one should not flourish at the expense of the other. The success should not be based on exploitation of the other.” He was emphatic that “the fourth industrial revolution is not at all a monster because to a greater extent, it simplifies life.”

During the discussions, Maimela and Dlamini had to field tough questions from the audiences, such as the role of unions in a rapidly changing labour market driven by machination and automation. Dlamini and Maimela said while it was true that many workers in various sectors were affected by the fourth industrial revolution, which was (now) in full force, it was important that the narrative around the subject should not be alarmist.

Dlamini was at pains to explain that while labour unions will continue to be relevant, they need to demonstrate a readiness of labour in organising young workers in the fourth industrial revolution. Chief among them is the need to improve the social conditions of the workers. In this regard, he said it was important for unions to implement the resolutions that they adopt as the leaders “have strict instructions from the workers to do so.

“They (workers) say your ideas are not relevant to our times,” he said, adding that unions now have a young workers forum who demonstrate a willingness to embrace “innovation strength” as part of the job requirements.

Maimela said it was critical for unions and workers alike not to think about the fourth industrial revolution in abstract terms, but in a more concrete and practical way. He said it was important for unions to rethink their strategy on how they organise workers, and that they be proactive and not reactive.

“The role of labour in influencing business and creating jobs has become vital.”

Preceding the Unions Perspectives on the Future of Work session, JIAS hosted its first discussion entitled, What’s Fact and What’s Fantasy last week. At the first session, African National Congress chairperson of Economic Transformation Subcommittee Enoch Godongwana and the University of Johannesburg’s (UJ) Vice-Chancellor and Principal, Prof Tshilidzi Marwala, were the guest speakers. Prof Marwala outlined the central features of the Fourth Industrial Revolution, and reiterated his view about the importance of embracing this concept and having multidisciplinary skills for Industry 4.0. Prof Marwala said that he was pleased by the lively and robust discussions around the Fourth Industrial Revolution in South Africa, highlighting how the new era has revolutionised the way people work and live on a daily basis.

The panel discussions will continue next week, with the third session focusing on business and higher education perspectives. 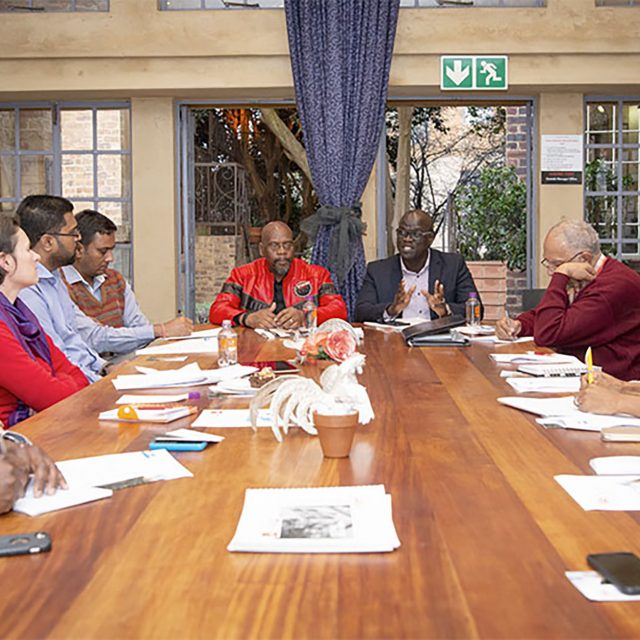