​​South Africa was the first country to include no discrimination based on sexual orientation in its Constitution said Judge Edwin Cameron when he delivered a thought-provoking talk at the University of Johannesburg (UJ) on Friday, 29 August 2014​

​Judge Cameron, who is a Judge of South Africa’s highest court, the Constitutional Court and well-known HIV/AIDS and gay-rights activist reflected on the recent scourge of brutal violent attacks on lesbian, gay, bisexual, transgender, and intersex (LGBTI) people in South Africa. “Lesbians are at particular risk of anti-women violence,” said Judge Cameron. “Anti-lesbian violence is a specific form of anti-women violence because lesbians challenge men to rethink gender conceptions. But all women, too many women in South Africa and too many children [are at risk]… we have a long way to go.” He pointed out that South Africa was the first country that included crucial words in its Constitution. “The words were sexual orientation and our equality clause contains the prohibition against unfair discrimination regarding sexual orientation,” he said. “No other country in the world has done that.”​

Judge Cameron said there were many forms of discrimination not just race and gender. “This s a difficult but vital issue which needed to be discussed. It’s an issue that’s not only important to the vulnerable among us, it’s not only important for that self-identifying same-sex-orientated woman in a township who’s at risk from some of her neighbours. It’s important to all of us because this question of sexual orientation goes throughout humanity,” he said. Judge Cameron’s talk, part of a global public education campaign to promote respect for the rights of LGBTI people, was hosted by the University’s Institutional Office for HIV and AIDS​ 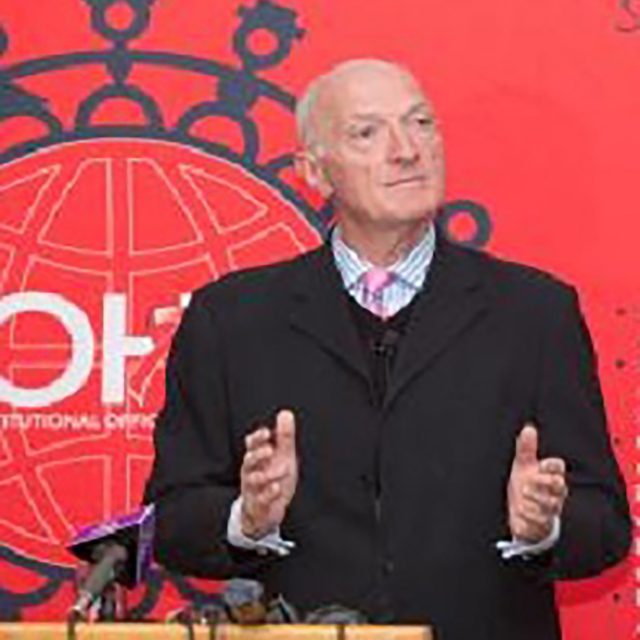