Runner Nkosinathi Sibiya gearing up for 2022 athletic championships and beyond

Athletic star Nkosinathi Sibiya has raised his bar in running competitions this year, and looks set to keep up the momentum in upcoming athletic championships. Sibiya won a gold medal in the 800 meter distance for the University of Johannesburg (UJ) at the 2022 2022 University Sports South Africa (USSA) Championships earlier in May in Cape Town.

“The win in Cape Town means a lot to me because it was my first time competing in the 800m at the USSA Championships. Last year, I ran 1500m and 5000m and I was able to get two medals for Team UJ. So, this year I decided to go for 1500m and 800m to get two medals for UJ because my aim was to get more speed for 800m because I am preparing for African Champs,” explains Sibiya.

Sibiya says he anticipated to win the 800m running category because his preparations were based on speed work from the Athletics South Africa (ASA) Championships. The ASA championships were held in April 2022 at Green Point Athletics Stadium where he won the 1500m race with the time of 3:39.62. He defended the 1500m title, winning his fourth gold medal.

The third-year Logistics student joined UJ Athletics in 2020. Sibiya, who hails from the KwaZulu-Natal Province, started competing in athletics in primary school. There, he played rugby and soccer apart from participating in athletics events. He represented Amajuba district in KwaZulu Natal.

“I remind myself about my community background to stay motivated. Where I come from, many people don’t take sports seriously. This fuels me to do better when my performances aren’t that great,” adds Sibiya.

The track star believes in helping others to improve too. He shares his running experience with the UJ middle distance athletes group for improvements.

“My goal this year is to run as fast as I can. I wish to get a chance to compete during the European athletics season. Given a chance to compete there, I think I can run a good time and qualify for world champs. I just need to be funded. That is what I am looking for this year, nothing much or more than that,” says Sibiya. 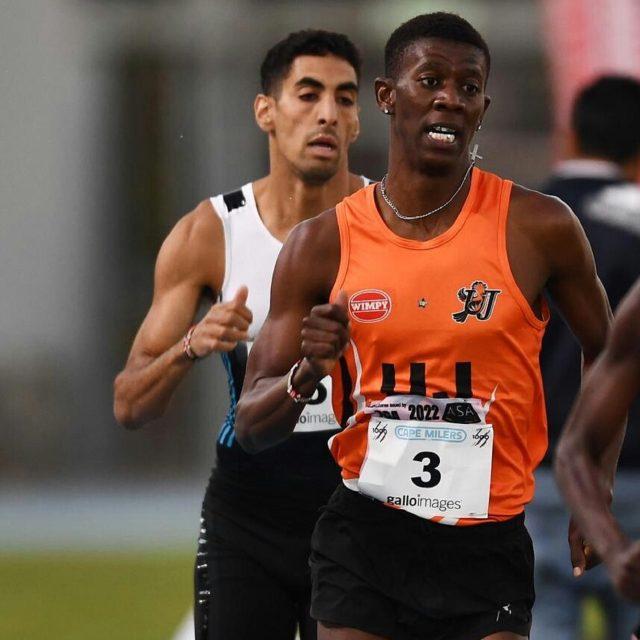