Rowing at the Rio 2016 Paralympics

Rosslee lost his right leg in the year 2000 due to a lawnmower accident and his family has since been his greatest support. “In 2013 I was told by my coach, Marco Galeone (para rowing national coach) that I will be in the 4+ that would go on and compete at the World Championship in Korea that year. Just the year before I would never have thought that I would be competing on an international level,” he said.

The team has won a number medals at International competitions over the years, one of which was a Bronze Medal at the World Championship in 2013. In 2015, Rosslee received an Age Group Sportsman of the Year Award at the UJ Sports Awards. His team has also won the Gauteng Team of the Year with Disabilities Award for two consecutive years. 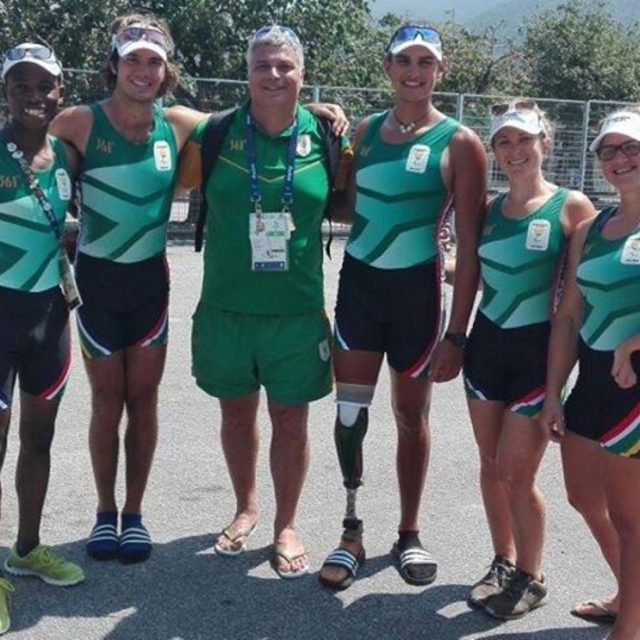