Out of the 26 women hockey players who were vying for a national team call-up to represent South Africa in the 2021 (2020) Tokyo Olympic Games, only 16 were selected. The University of Johannesburg’s (UJ) Kristen Paton was part of the selected players.

This was a long standing dream for Paton. When she competed in the Youth Olympic Games in 2014, Paton had promised herself that she would one day represent SA at the Olympic Games.

She adds, “subsequent to my good performances in recent years and months, I was very confident in the work that I had put in. I felt an overwhelming sense of relief. This was seven years’ worth of work. I am more experienced now compared to when I played in the Youth Olympic Games in 2014 at age 17.”

Paton had tested positive for COVID-19 on 26 December 2020. She says that this was terrifying because she thought she would not recover quickly enough to be considered physically fit for national team selection.

“At the beginning of 2021, I questioned myself a lot regarding global competition qualifications. It was one of the scariest things that have happened so to me,” says Paton.

However, to curb the spread of the coronavirus, the South African Sports Confederation and Olympic Committee (SASCOC) started vaccinating athletes and the full Team SA delegation headed to the Tokyo Games. Paton has also received her jab.

“I am a health care student, so I was vaccinated about four weeks before the team. I had very bad body aches the evening I was vaccinated and experienced a lower body temperature for about three days after I got the jab. The vaccine made me feel a little fatigued than usual,” says Paton.

Internationally, and particularly in Japan, some people have been calling for the cancellation of the Tokyo Olympic Games. Nevertheless, Paton says that until the International Olympic Committee (IOC) says otherwise, she and all qualified athletes are heading to Tokyo.

“All athletes who have qualified will be travelling. The Games are on until we hear otherwise from the IOC. We can’t be fixated on media in this period. As athletes, we have to focus on the task at hand and that is to be the best versions of ourselves going into Olympics. The media can be a distraction and to some athletes it may add unnecessary pressure regarding the preparations we have to make,” explains Paton.

The SA women are selected into Group A of the tournament. Their games will be played every two days, with their opening match against Ireland scheduled for 24 July, then Great Britain (26 July), Netherlands (28) and later take on Germany (30 July) and thereafter India.

“The team is aiming for a top 8 finish. That had never been achieved by any other South African team,” says Paton.

Speaking to Hockey the Podcast, SA Hockey CEO Marissa Langeni paid tribute to the teams which have worked tirelessly through the COVID-19 pandemic to reach this stage.

“There has been so much anxiety around the Games; What they will look like, travel arrangements and many other concerns. We are here now and it’s all systems go, finally. As South African Hockey, we commend the selectors of the squads, the management and the players for the incredible work done in this process. Congratulations to the players selected, we look forward to South Africa’s support from home on digital platforms,” she said. 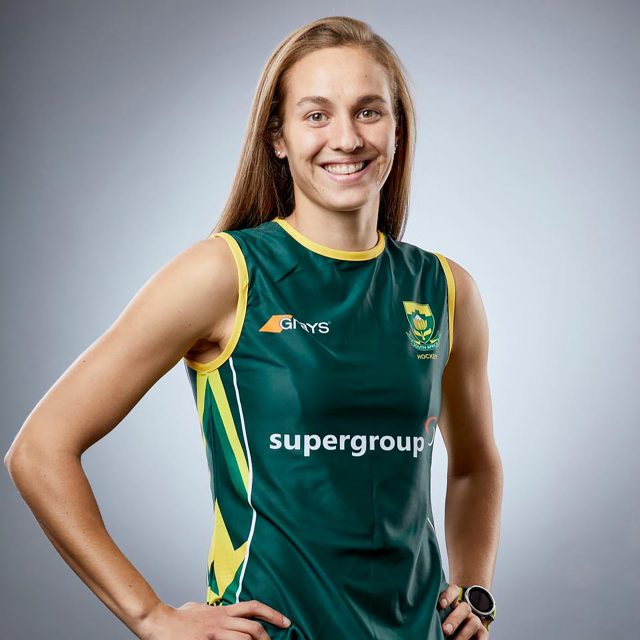