​Professor Adekeye Adebajo is Director of the University of Johannesburg’s Institute for Pan-African Thought and Conversation. He recently penned an opinion article that featured in the Business Day on 20 September 2020.

Rhodes University in Makhanda was founded through funding from the Oxford-based Rhodes Trust in 1904, and still stubbornly bears the name of its benefactor, despite the toppling of the Rhodes statue at the University of Cape Town in 2015.

Rhodes students joined the protests, calling for a change in the name of their university and a transformation of its Eurocentric curriculum and institutional culture. How long can the university resist removing this blood-soaked name?

As retired Rhodes historian Paul Maylam narrated in his comprehensive 2017 history of the institution, inspired by Rhodes’s legacy, the Anglocentric university was established to “extend and strengthen the imperial idea in SA”. Rhodes’s colonial connections were reinforced by the institution’s commemoration of “Founder’s Day” on September 12: when psychopathic, plundering white “pioneers” founded Southern Rhodesia (Zimbabwe).

The imperial theme was reinforced by the large, often prejudiced white Rhodesian presence of lecturers, administrators, and students, including an infamous alumnus: the recalcitrant albinocratic prime minister Ian Smith.

Cecil Rhodes’s personal legacy was also evident, with the criteria for winning the Rhodes scholarships to Oxford reflected in the university’s values: sports being character building; a devotion to public service; and a commitment to spreading British values through a “Heaven’s Breed” of white supremacists.

Rhodes University, with many Oxbridge-trained professors, was nicknamed “Oxford in the bush”: both institutions championed imperialism, prioritised classics, took pride in small-group tutorials, segregated men from women, and wore gowns to dinners in which wardens presided at “high tables” in quadrangle buildings.

But Rhodes was almost frozen in time, a relic of a Victorian past, continuing many practices that even Oxford had jettisoned. Jackets and ties were worn to class and in the library until the 1960s, while “high tea” was served on manicured lawns into the 1980s. Rhodes was totally disconnected from its local, regional, and continental roots. Jimi Adesina, a Nigerian sociology professor at Rhodes in the 2000s, quipped that on arrival in then Grahamstown “I could see the bush, but not Oxford”.

Even before apartheid became state practice, racism was pervasive at Rhodes. For much of its existence the university willingly maintained segregation, with its lily-white council unanimously refusing to admit black students in 1933. Under apartheid Rhodes awarded honorary doctorates to segregationist education minister JH Viljoen and its repressive state president, CR Swart. Many of its academics and students — with some notable and courageous exceptions — adopted an apolitical “liberalism” that advocated academic freedom without any commitment to social responsibility. For decades, black university workers were treated shabbily.

An effort to change the university’s name in 1994 was overwhelmingly defeated in its senate, though the institution had removed a bust of its namesake from its main entrance by 1999. Nelson Mandela received an honorary doctorate from Rhodes in 2002, demonstrating that — like apartheid-supporting white business — historically white universities also acted pragmatically in embracing the new order. Only in 2001, nearly a century after its birth, did Rhodes “discover” Africa, acknowledging its geographical location in its vision statement.

By 2012 half of its students were black, though the institutional culture still remained oppressively white. The battle over curriculum transformation was led by students in the 2015/2016 protests. Even though a strong cohort of Nigerian, Kenyan, Zimbabwean and Basotho academics were teaching at Rhodes by the 2000s, many appeared to continue the Eurocentric traditions of the past, which equated academic “standards” with whiteness.

In 2017, while distancing itself from its “founder’s” imperialism, the black-led Rhodes University Council voted 15-9 to keep its name, citing the costs, brand name and loss of alumni funding. But amid the current Blacks Lives Matter-led global anticolonial ferment, can this monstrous anachronism survive for long? 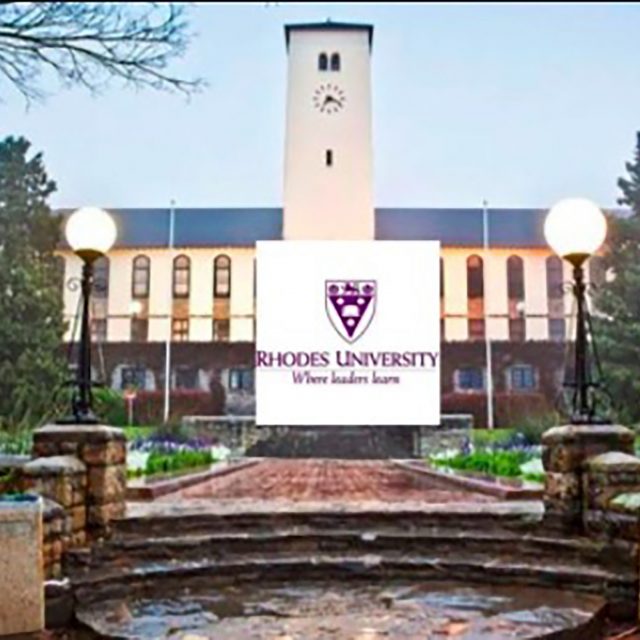