Prof Tshilidzi Marwala is the Vice-Chancellor and Principal of the University of Johannesburg and the author of ‘Leadership Lessons From the Books I Have Read’. He is on Twitter at @txm1971. He recently penned an opinion article that first appeared in the Daily Maverick: 21 June 2022.

Will artificial intelligence mean the end of doctors? AI is merely a useful intelligent tool, just like magnetic resonance imaging. AI will not replace radiologists; instead, it is spawning a new discipline that requires the understanding of both medicine and technology.

In his book Deep Medicine, Eric Topol writes: “Eventually, doctors will adopt artificial intelligence (AI) and algorithms as their work partners. This levelling of the medical knowledge landscape will ultimately lead to a new premium: to find and train doctors who have the highest level of emotional intelligence.”

Recently, a cohort from the University of Johannesburg (UJ) went on an exploratory partnership trip to the US. Intriguingly, Topol’s words spoke to the crux of the trip. For some time now, UJ has toyed with the idea of starting a medical school. Yet, we knew this offering had to differ vastly from other medical schools in South Africa.

We have certainly witnessed a hastening of this during the Covid-19 pandemic. Naturally, a new medical school would have to speak to this shift. The medical field is embracing AI with open arms, and so are medical schools.

Our 10-day US trip, covering Case Western University, the University of Illinois at Urbana-Champaign and Thomas Jefferson University, indicated that the injection of digital technology into the curriculum is quite remarkable. For instance, manikins that simulate medical conditions are used to ensure students have practical experience from the get-go. Elsewhere, augmented reality (AR) and virtual reality (VR) provide a more holistic and immersive experience for students.

The University of Illinois even launched its first AI in medicine certificate programme for hospital workers last year, indicative of the shift towards reskilling that 4IR promotes. Another lesson was that rethinking the packaging of knowledge holds great promise. Much like the US, UJ intends to offer medicine to students who have completed a relevant undergraduate degree. As the proliferation of the 4IR has already demonstrated, a mix of stackable skills is key for the future of work.

Although these exciting shifts are accompanied by great fear and trepidation, we must adapt. As a university, we already encourage reskilling and upskilling to meet the demands of the 4IR. For example, doctors could benefit from courses in engineering to enable them to use AI technology.

Google clinical informatician and research scientist Martin Seneviratne asked at a conference in 2019 why, given the enormous amount of AI research, doctors are not currently understanding and using machine learning.

“Will AI mean the end of doctors? Most researchers couldn’t disagree more,” he said. He added that doctors who employ AI would replace doctors who do not use this technology.

AI is merely a useful intelligent tool, just like magnetic resonance imaging (MRI). AI will not replace radiologists; instead, it is spawning a new discipline that requires the understanding of both medicine and technology.

A study by The Lancet Digital Health suggested that the diagnostic performance of deep-learning models is equivalent to that of healthcare professionals. In 2018, a custom-built AI machine designed to diagnose brain tumours and predict hematoma expansion scored 2:0 against its human competitors, comprising 15 senior doctors from China’s premier hospitals. In 2019, researchers from the University of California at Berkeley and the University of California at San Francisco announced that they had created an algorithm that can detect brain haemorrhages with an accuracy higher than two out of four radiologists.

This week, Boston University School of Medicine researchers found that AI may be as accurate as clinicians in diagnosing dementia. In fact, the AI model surpassed clinicians at differentiating the type of dementia in patients who had been diagnosed.

This does not mean doctors are obsolete. Instead, AI takes over many of the time-consuming and tedious aspects of the profession while faster and earlier diagnoses give doctors scope for more patients. As Topol argues, AI’s significant opportunities include reducing errors and workloads, accurately diagnosing diseases such as cancers and fixing the precious and time-honoured connection and trust.

A 2019 study in the Annals of Family Medicine shows that primary care doctors spend, on average, two hours on administrative chores for every hour they spend in direct patient care. Physicians reported an average of between one and two hours of after-hours work per night, usually on administrative tasks. Then, of course, there are limitations to current AI technology which is focused on reading pictorial scans such as ultrasounds, X-rays and CT scans.

As The Lancet Digital Health puts it, “Scans are never interpreted on their own, they’re analysed alongside blood results, historical data, prescriptions from GPs and previous hospital admissions, referral letters, taking the patient’s history and then taking it again, what the nurse told you before they went on their lunch break, and any number of other sources of information.”

This, in part, also addresses concerns of a shortage of doctors, particularly in the public sector. For example, the increased speed and accuracy of cancer diagnostics through analytics that can characterise tumours and predict therapies has not replaced doctors, but rather, quickened their efforts and given them the space to attend to more patients.

New technology will decrease the cost of healthcare worldwide. Almost two-thirds of healthcare costs come from non-communicable diseases, like cancer and heart failure, which, if caught early, can be treated more effectively and for less cost.

Amid these shifts and in our quest towards the creation of our own medical school, there are two key lessons we must bear in mind.

First, in an ever-shifting context and with the proliferation of digital technology, we must adopt technology that adequately prepares our students for the future of work but also gives them a more well-rounded higher education experience. We already have extensive experience with technology and blended learning models that can be replicated and improved on.

Second, we have to emphasise the importance of partnerships.

The movement and enrolment of staff and students across higher education institutions in various parts of the world challenge perspectives and allow us to learn from each other. As the economist Ricardo Hausmann tells us, this is the key to skills-building and employment creation in the country. The future of medicine and education alike is rapidly changing in front of us. As the pandemic has demonstrated, this is an opportunity we must jump at in order to stay relevant, and as UJ’s tagline reminds us, we must constantly reimagine the future. 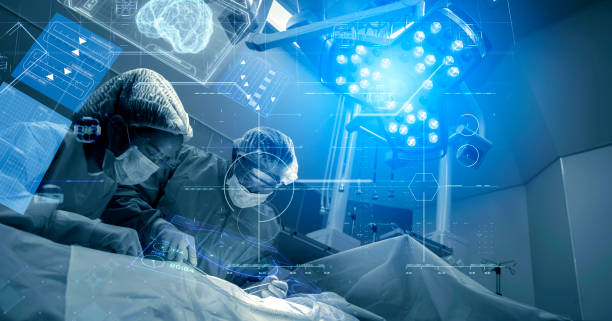