South Africa – University of Johannesburg (UJ) scientists have been massively contributing to the progress of the recent Gamma-Ray Burst (GRB) and Gravitational Wave (GW) research. Prof S Razzaque’s group in the Physics Department of the Faculty of Science at the University of Johannesburg is involved in GRB and GW research. He is a coordinator of the GRB and GW science group of the Fermi-LAT Collaboration. It is worth noting that UJ is the only Full Member Institute of the Fermi-LAT Collaboration on the African continent. Prof Razzaque’s group is also involved in theoretical modeling of the GRBs and binary mergers. In a recent publication, together with postdoctoral fellow Dr Reetanjali Moharana and other coauthors, he investigated neutrino emission from GW 150914. In another paper Prof Razzaque and his coauthor estimated the rate of binary black hole mergers as would be tested by LIGO.

Albert Einstein predicted Gravitational Waves or ripples in space-time, squeezing and squashing of dimensions, due to violent movement of massive objects in the universe. The first Gravitational Wave event, dubbed GW 150914, was detected on September 14, 2015 by two instruments run by the Laser Interferometer Gravitational-wave Observatory (LIGO), which are located in Hanford, Washington State and Livingston, Louisiana State, USA. This is one of the most significant discoveries in this century and the proof of Einstein’s General Theory of Relativity in exactly 100 years after proposition. The detected GW was created by mergers of two black holes of masses 36 and 29 times the mass of the Sun. The merger created one single black hole of mass 62 times the mass of the Sun with 3 times the mass of the Sun emitted in pure GW energy.

The LIGO Collaboration shared their GW trigger information with the Fermi Collaboration soon after detection, under a memorandum of understanding between the two collaborations. NASA’s Fermi Gamma-ray Space Telescope, being the most sensitive and covering the largest field of view instrument in space immediately followed up the LIGO event for possible detection of an electromagnetic counterpart of the GW. The Gamma-ray Burst Monitor (GBM) onboard Fermi detected a weak and short Gamma-Ray Burst (GRB) just about 0.4 second after the GW detection. The chance probability that this is a random fluctuation is only 0.2%. The Large Area Telescope (LAT) onboard Fermi is sensitive to high-energy gamma rays and constrained electromagnetic emission from the GW 150914 event.

GRBs are the most powerful electromagnetic phenomena in the universe and the short versions of these explosions, lasting less than two seconds, are widely thought to be the death throes of two neutron stars or a neutron star and a black hole merging together to form one single black hole. The detection of GW 150914 and another subsequent event, dubbed GW 151226, therefore bear evidence that binary mergers do occur in the universe and at the same time throw challenges to the theoreticians to model electromagnetic and non-electromagnetic signatures in addition to GW. 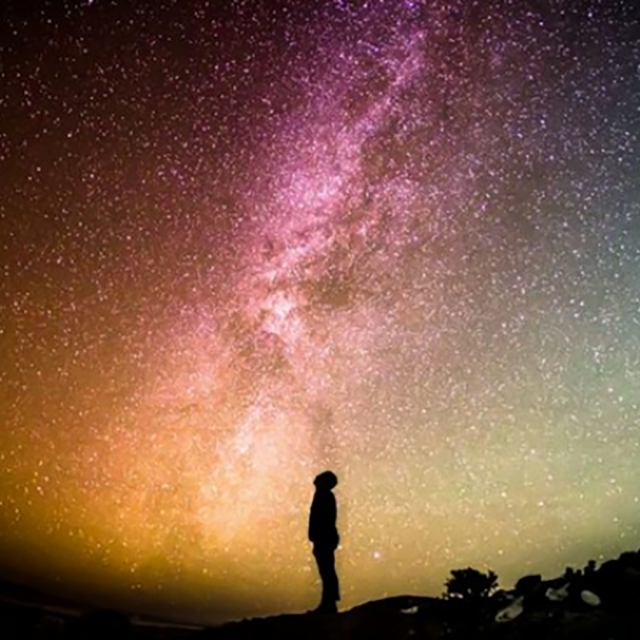