​​​Networking was one of the main focuses of the event as the Projects Day was not only an opportunity for its students to shine, but for visitors and alumni to find new connections or revitalise old ones.

The event kicked off with an alumni breakfast, organised by the Academy’s Alumni Affinity Group. The profits from the event will go towards bursaries for Academy students. The event drew a number of attendees, from current Honours students to alumni now serving high-profile positions in industry. To enhance the contribution that the Academy’s alumni can give to South Africa, keynote speaker Professor Basie von Solms challenged guests to actively participate in driving the country’s urgent need to secure its cyberspace.

A total of 45 Academy alumni and/or members of industry, research institutions, and academics generously gave some of their time to serve on the panel of judges evaluating the various third-year and Honours projects on display. Prof Elize Ehlers: Academy Head of Department says; “The input of the industry, as provided by the judges, is valued very highly by the Academy and contributes to the success of our projects”

After a lengthy day of deliberation and impressive demonstrations from the various projects, Prof Ehlers: Academy Head of Department, was very pleased to officiate over the awards ceremony. The Academy’s top achievers were lauded for their accomplishments throughout the year. Prof Ehlers says; “The judges unanimously agreed that this year’s third year projects was of a very high standard.” The Academy’s alumni members secured generous prizes for the students from firms DVT, Entelect, KPMG, and PwC.

Jaco du Toit walked away with the top Masters award. Because of high standard of the Honours-level and third-year categories, judges had to carefully consider who would be regonised as the top three projects. Ultimately, head judges Dr Jaco van der Merwe from DVT and Professor Buks Louwrens of Nedbank declared the following projects to be the best in their respectively categories:

Honours Projects (in no particular order):

​Historically, a number of projects showcased at the Academy’s Projects Day have gone on to represent South Africa at the prestigious international Microsoft Imagine Cup competition. The Academy wishes potential contenders all the very best in carrying UJ’s name to the rest of the world. 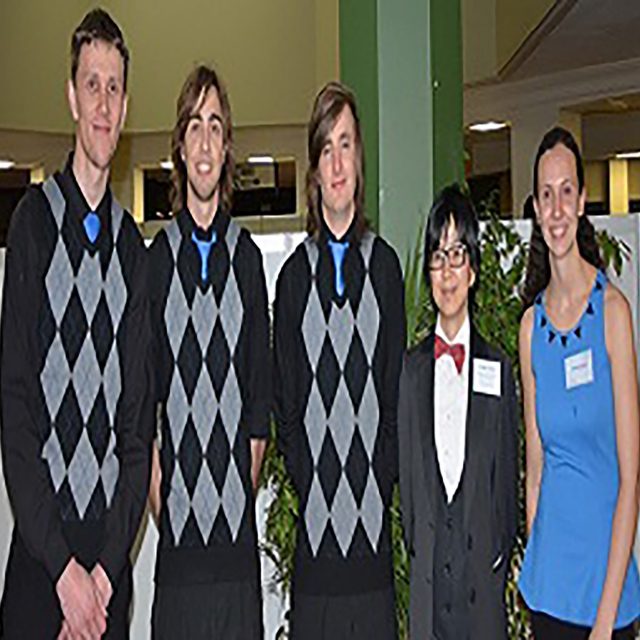