​​The reparations debate, in Africa and globally, has gained momentum in recent years, and it will only grow in significance over time as nations seek healing from past wrongs. South Africa was designated facilitator of the consultative process for proclaiming 2014-2024 the International Decade for People of African Descent with a view to centring ‘Recognition, Justice, and Development’ to issues pertaining to global Africa. ​

How pertinent is reparatory dialogue for Africa, and how relevant for South Africa in particular? What import does such dialogue and action hold for the forging of a Pan-African identity, and for a positive positioning of Africa globally? These thought provoking questions were answered by Prof Sir Hilary Beckles when he delivered a lecture entitled; Repairing the nation: The Meaning of reparations to Global Africa at the University of Johannesburg (UJ) on 16 January 2014. Prof Beckles is the Pro Vice-Chancellor at the University of West Indies and Chairman of the CARICOM Reparations Commission.​

His lecture amongst others explored the social issues arising from reparation. His latest book, Britain’s Black Debt: Reparations for Caribbean Slavery and Native Genocide (2013), ‘a text which follows upon [his] plenary address at the seminal World Conference on Racism in 2001’ formed the basis of his lecture.

He delivered the lecture at UJ’s first International Leadership Platform for 2014. The International Leadership Platform promotes a culture of free and open dialogue on political, cultural, and economic matters affecting South Africa, Africa and the world. The platform bridges the space between universities and research institutes, policy makers and the general public.

Repairing the nation: The Meaning of reparations to Global Africa – Questions and Answers​ 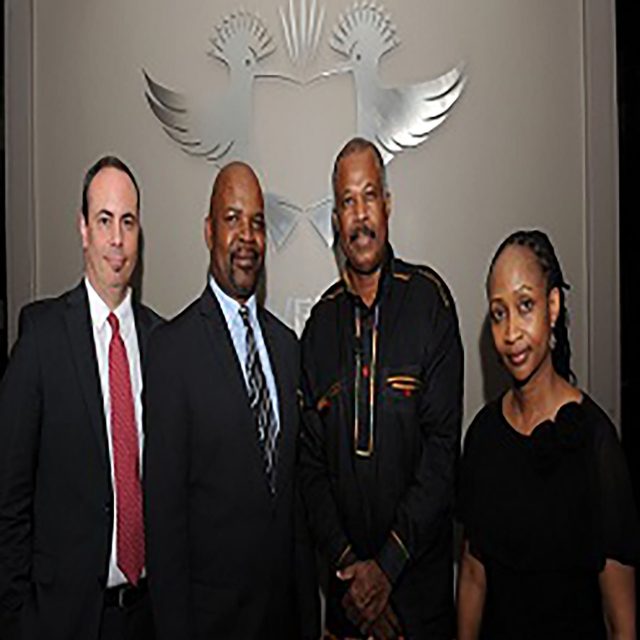