​​The 2013 University of Johannesburg (UJ) ladies football team sets their record straight in the University’s history books. They became the University’s first sport team to win the Varsity Cup title in eight years.​
At a special breakfast with Prof Ihron Rensburg, UJ’s Vice-Chancellor and Principal, the skilled UJ girls oozed confidence and bragging rights as Prof Rensburg honoured them with gold medals. Commending and rousing the players, Prof Rensburg emphasised how important their victory means to UJ. “Your achievement will extent into eternity for being the first UJ team in eight years to have won a tournament (Varsity Cup football tournament for ladies). You have given the University the bragging rights. We are proud of you. It took many years of build-up. And today we are proud to be champions,” said Prof Rensburg.
The UJ ladies football team is no doubt one of the best teams in South Africa. The current team of Varsity Cup champions has minimum of eight players in the national team, Banyana Banyana. The likes of former Banyanya Banyana captain Amanda Dlamini, and strikers Noko Matlou, and Shadi Matentshe are some of the best UJ players who dawn the Banyana jersey.
“It’s been seven years of preparation to win the tournament. We thank the University’s top management for the support and resources they have given us. We went gun blazing into the final and thrashing Tshwane University of Technology (TUT) was a mission we all embraced,” said UJ Sports Manager, Mr Joel Kgokong.
The field man behind the winning team, Coach Isaac Mokoena – also known as the “Cooker” for his cooking abilities, expressed his positive thoughts about his team. “Firstly, winning a gold medal is the best feeling any coach dreams of. We feel good and we are proud because the triumph is not just a personal one, but that it also puts UJ in the spotlight in the sporting fraternity, both locally and internationally. Secondly, our national team (Banyana Banyana) needs quality players and we are one of the best feeder teams to it,” he said.
Dlamini, who scored a header in the final, praised her teammates for their victory. “We won because of teamwork, consistency, and believing in ourselves. We had a mixed squad of experienced and new players,” she explained.
Despite her sweet victory with UJ, Dlamini wishes to win the African Women’s Championship with Banyana Banyana and be able to participate in the 2015 World Cup in Canada.
UJ put in a commanding performance to claim a 6-0 victory over tournament favourites Tshwane University of Technology in the finals.​ 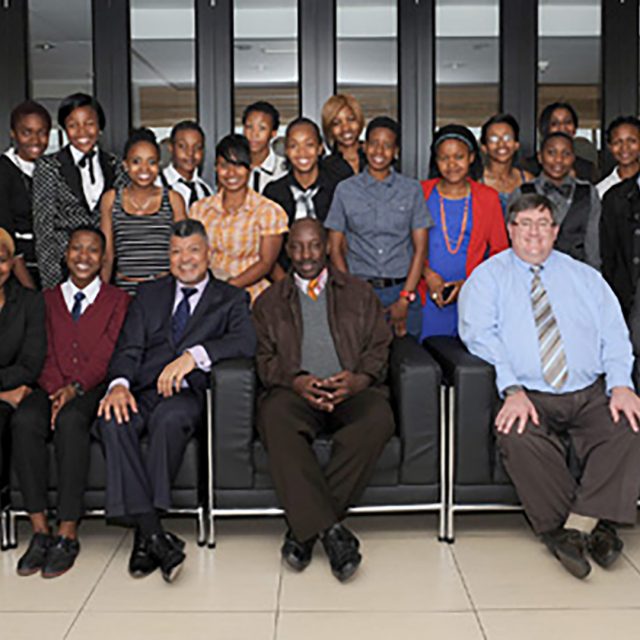