With the experience she amassed from the University of Johannesburg (UJ) and Mastercard Golden Lions rugby player, Priscilla Sithole was recently appointed as the forwards coach for the women’s U18 Craven week youth team.

Sithole got the nod from a tough interviewing panel made up of Pieter Visser, Sandile Dlamini, Timmy Goodwin and Brian Smith.

To her surprise, she received congratulatory messages from the people who saw her announcement online because she was not aware that an appointment email had been sent to her.

“I could not believe it because I thought that they would pick someone who has more experience than me or someone who has coached Craven Week before. I am grateful that they actually gave me the opportunity to impart my knowledge of the game to the young ones,” says Sithole.

She adds, “This appointment means that I can mould young women to become senior provincial team players and even SA level players. Talent takes people to a certain extent, consistent practice and hard work makes them even better players.”

Sithole received a Batchelor of Arts in Humanities qualification at the recent UJ Soweto Campus graduation ceremonies. She has also started training with the UJ rugby team.

She started playing rugby in 2013 at Queens High School. In the same year, she represented Gauteng Province in the Team Gauteng Tournament. She became part of the UJ Rugby Club in 2017 and has since never looked back.

In 2021, she joined the Lions. She was encouraged to take coaching lessons by UJ Women’s Rugby team Coach, Bongiwe Nhleko. She went on to complete a rugby level one coaching course.

“I actually did not plan to go into coaching,” she says, “As soon as I got my first coaching job that is when I realised that it is an interesting and empowering role. I don’t want to do coaching as a side job, but as a career I wish to pursue in the coming years,” says Sithole.

Sithole also coaches primary school girls in Grade 4 to 7 with hopes that by the time they reach high school they would have a well-established rugby background and the basics of the sport. She aspires to leave a long-lasting positive impression on her players. She commends one of the young UJ Sport Scientists, Liphiwe Nxasana, for the work she has done to keep the UJ women rugby players, including herself, to stay in shape longer. 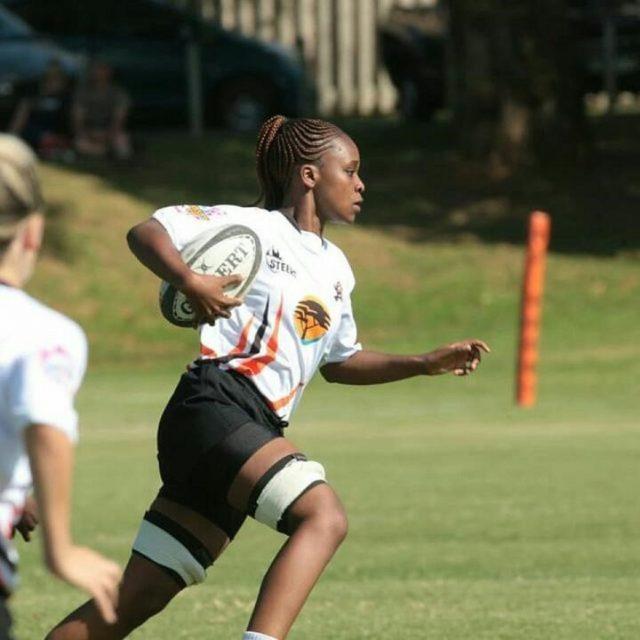