Dr Prinola Govenden is a postdoctoral research fellow at the Johannesburg Institute for Advanced Study at the University of Johannesburg. She recently penned an opinion article that first appeared in the Mail & Guardian on 11 Apr 2022.

The “transformation” of South African society and its institutions is a point of heated debates in various societal circles — whether it be allegations of fronting practices in corporate South Africa; the quota system in rugby; or the print media’s Big Four taking flak for the continued dominance of white and concentrated ownership patterns.

The issue of transformation has both unified and divided the country depending on the circumstances. We saw this transformation debate ensue in September 2020 when Clicks published a racist advert of Tresemmé shampoo that centred a white women’s hair as “normal” and a black “woman’s hair as “frizzy, “dull”, “dry”, “damaged”, which triggered the trauma of the country’s apartheid past, particularly for black women.

During apartheid a pencil test was used to check for Afro-textured hair to distinguish between racial identities. This Clicks advert went viral on social media and triggered nationwide protests led by the Economic Freedom Fighters. It also thrust the country’s transformation agenda back into the spotlight, with many arguing that the advert was indicative of the country’s slow transformation progress.

Given that the fundamental aim of transformation is for the racial justice of postapartheid society, the transformation of the media in my view is critical to ensure the injustices of South Africa’s past are truly rectified.

The media played a racist role during apartheid, where it was the central maintainer of white supremacist racist propaganda and was key to the success of apartheid. The country’s media transformation agenda rests on the assumption that black economic empowerment (BEE) ownership will lead to transformed content.

I undertook the task of testing this assumption with a focus on the print media, one of the sectors that has come under intense scrutiny for a lack of transformation including by those occupying the politically most powerful positions.

Content transformation should be central to media transformation efforts that aim to address the ills of the past. As the popular media studies adage goes, “Content is king.” Importantly, the media, unlike other corporates, is a member of the consciousness industry and not just a profit-making machine — political economists of the media identify that the media has two markets; “economic” and “intellectual”.

Yet, content has been overlooked in the media transformation agenda. This is despite the fact that both media markets in South Africa require transformation. In addition to the racist role of the print media during apartheid, it operated economically as a whites-only big business through mainly mining ownership.

Prior to the advent of democracy, media content diversity was even envisioned by the ANC in its policies as seminal to the “new” South Africa. Yet content has been overlooked in South Africa’s media transformation gaze — namely policy, societal debates, and research — in this area.

My research looked at the levels of diversity as a reflection of transformation in print media content in the first 20 years of democracy (1994-2014) of the historically English print companies and a sample of six newspapers: Business Day, Sowetan, Sunday Times, The Star, Sunday Independent and Mail & Guardian. I analysed 684 front-page and editorial articles from this period.

I found that the power of neoliberalism is staggering in print media content. Articles reflected little diversity and significant class inequalities, as well as a commercial logic — all of which are manifestations of the country’s neoliberal economic context. Elite perspectives are favoured in topics, prominent voices, and economic news coverage, while the issues the working class and poor uniquely face in South Africa are severely underrepresented and depicted negatively, sensationally and simplistically.

The latest Statistics South Africa research that racially profiles the privileged and elite shows they are mostly white, whereas the poor and working classes, including grant recipients, consist of the black majority.

My research thus reveals significant apartheid continuities, the black majority and the issues they face are underrepresented and misrepresented in coverage.

The power of neoliberalism in print media content is not surprising. Speaking about the negotiated transition to democracy in the controversial documentary Winnie (2017) by Pascale Lamche, Winnie Madikizela-Mandela argued that the ANC had overnegotiated into neoliberalism. Her sentiments prove to be an apt explanation of the issues postapartheid South Africa faces.

There is a wide perception that neoliberal policies have catalysed a longstanding major socioeconomic crisis in the country, consisting of abject poverty, inequality, and unemployment, which the Covid-19 pandemic has just amplified.

Media scholars Tomaselli and Teer-Tomaselli said about the knock-on effects of adopting neoliberalism that the government overemphasised macroeconomic stabilisation at the expense of poverty reduction. Many saw South Africa’s shift from an economic system of racial capitalism to neoliberalism in 1994 as a win. After all, the economy became subject to a newfound deracialised system, which was seen as democratically progressive in comparison to the discrimination of racial capitalism’s biased accumulation of wealth based on the super-exploitation of black labour by white people.

However the power of neoliberalism to perpetuate past class and race continuities has been overlooked. One explanation of why the country’s media transformation agenda has failed to cultivate transformed print media content is that black ownership strategies have been based on capitalist and neoliberal strategies.

Manfred Knoche, a professor emeritus of media economics at the University of Salzburg in Austria, contends that “the capitalisation of the media industry is hardly a suitable means to solve macroeconomic and societal problems, for example, in the sense of distributive justice for society as a whole. On the contrary: it promotes the further capitalisation and commercialisation of the entire social and societal life with negative consequences.”

This viewpoint is apt for South Africa’s BEE strategy that is located in a highly neoliberal capitalist economic context. It can be said that the further capitalisation of the media had negative consequences for media transformation and diversity imperatives.

In the case of South Africa’s print media, more capitalism has resulted in hampering the country’s attempts at distributive justice through the BEE transformation project.

Despite the inadequacies and controversies surrounding the transformation project of BEE, the process of transformation is a critical opportunity to deliver racial justice, to remedy painful past losses for the black majority and previously disadvantaged, and is immensely important for the South Africa of today even though this looks different to Nelson Mandela’s South Africa of 1994. 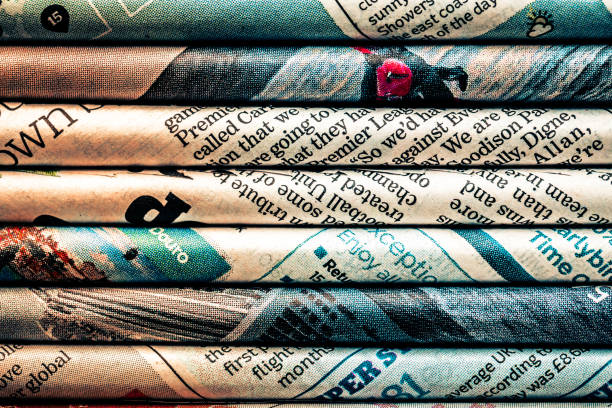