​​The establishment of the Johannesburg Institute for Advanced Study is one of the most exciting developments in South Africa’s academic world and exemplifies the University of Johannesburg’s (UJ) aim of elevating the institution to global excellence and stature. This was the sentiment of Prof Roy Marcus, Chair of the UJ Council on Thursday, 14 May 2015​

Speaking at the launch of JIAS, a partnership with Nanyang Technological University (NTU)‚ Singapore, Prof Marcus pointed out that much credit is laid at the door of UJ’s Vice-Chancellor and Principal, Prof Ihron Rensburg, who has steered the University in a direction that is dynamically shaping South Africa, and influencing the continent.

Unveiling the JIAS plaque, Prof Ihron Rensburg and Prof Bertil Andersson, President of NTU emphasised that the new institute, one of the world’s unique institutes for advanced study, is the first fully-fledged institute of advanced study in South Africa’s political and economic heartland.

“UJ is celebrating its 10th anniversary with a placement among the top four percent in the prestigious QS World University Rankings for 2014/2015. Being an institution that prides itself in its accessible excellence, UJ has established itself as an institution of global excellence and world-class stature. Excellence and stature has led to much more substantial conversation about the desired future of UJ. The establishment of JIAS not only highlights the University’s drive to become an international university with the vision to become the Pan-African epicentre of critical and intellectual inquiry, but also presents a unique opportunity for serious conversation on the way we understand the world and how we relate to it,” said Prof Peter Vale, Director of JIAS.

JIAS, launched under the theme “The Next Twenty-Five Years”‚ will bring together the foremost researchers, intellectual leaders and experts from Asia and Africa to develop innovative ways of integrating African and Asian thought and research.

Prof Vale elaborates: “The past quarter-century has offered breath-taking changes in almost every sphere of human activity: space exploration, technology, medicine, economics, politics, biomedicine. In each of these fields – and most others besides – change is measurable in some form or another. While it might be instructive to take stock on what has happened in the past twenty five years, there is no time to do this because, as the cliché has it, change is the only constant!”

It is the Institute’s intention to draw some of the most interesting and innovative thinkers – including several Nobel Laureates – into a series of conversations on what the future holds for knowledge and education, for South Africa and our continent, for science and the humanities in an ever-changing world. The Institute’s initial goals are modest: to create the space where scholars can gather to deliberate in community and pursue cross-disciplinary work free of the demands of teaching and administration.

The first South African Institute for Advanced Study was established in Stellenbosch (STIAS), which led to an enhanced reputation for attracting leading global scholars.

Through the establishment of JIAS, the time has arrived for Gauteng to forge partnerships between disciplines, institutions and continents for future prosperity.

“While discipline-based knowledge will be important to this conversation, it is our hope that the discussion will be free-ranging in nature, and will therefore be strongly inter-disciplinary. Moreover, our understanding is that problem-solving approaches will feature prominently in the exchanges, but that equal weight will be devoted to social and other forms of critique. This will not be a scenario-building exercise, nor an opportunity for economic, social and political punditry, but rather an exercise that tests daring and stretches the imagination,” he said.

A riveting, two-hour thought-provoking panel discussion on the future of the next quarter-century followed the launch. Panelists from Asia and South Africa talked on the future of the university; how electronics and robotics will impact the future of engineering; the environment and climate change; the society and the divide between the rich and poor were amongst the themes discussed.​ 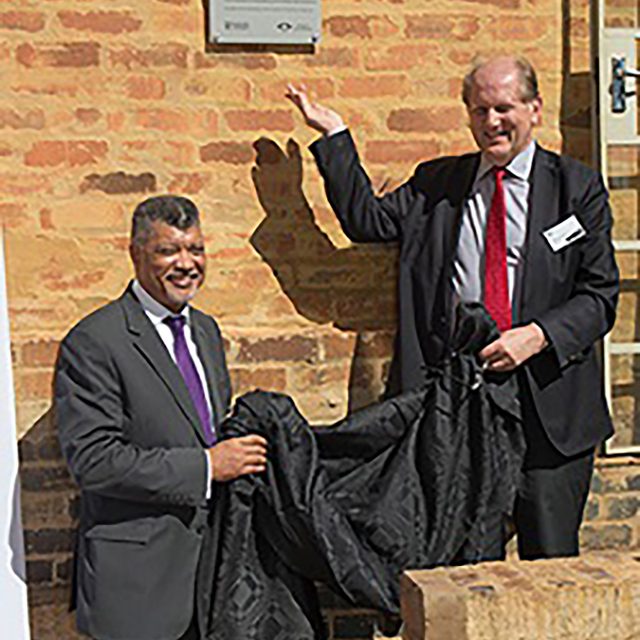