The Department of Statistics celebrated the achievement of its young lecturer, Yegnanew Shiferaw, who recently obtained a PhD in Statistics at the University of the Witwatersrand. Including both theoretical and applied contributions in statistics, Shiferaw’s thesis, “Improved Confidence Intervals for a Small Area Mean under the Fay-Herriot Model”, was conducted in response to a growing demand for small area estimates for policy and decision making, local planning and fund distribution.

The study developed new confidence interval estimators in the small area estimation terminology by using the Taylor series expansion under the linear mixed model. The study also included extensive simulations studies to compare the researchers’ proposed methods with methods in the literature. “We have applied the proposed methods to estimate poverty (both food and total poverty), food insecurity and percentage of food expenditure using three different data sets (namely, the household consumption expenditure survey, welfare and monitoring survey and the census),” Shiferaw said.

Shiferaw said it felt great seeing “Dr” for the first time in front of his name. He said ever since he started studying Statistical Physics (passed with distinction) at university in Ethiopia, he has always wanted to do statistics as a profession. “I believe that becoming a university lecturer is one of the best and most rewarding jobs in the world… I can design a new course and specialise the area that I want to teach. In addition, I can do research and publish in order to enhance my reputation.”

Shiferaw said he believes that mathematics is the key to success in science. “It is very exciting to be a statistician nowadays. Companies are collecting more data than ever, so there is no shortage of data to be analysed.” 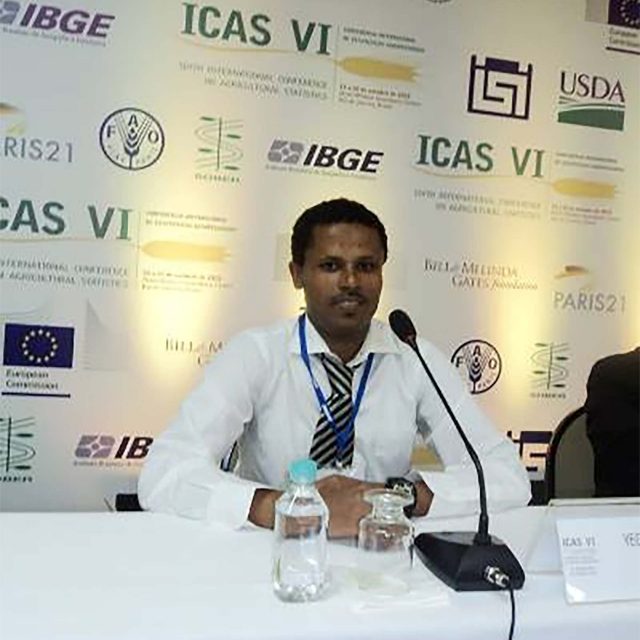