Africa’s only operational nuclear power plant is in an area called Koeberg, outside Cape Town in South Africa. The life span of the plant was originally meant to end in 2024. But after an upgrade it’s now expected to operate until around 2044.

In theory it could be shut down, or decommissioned, earlier than if, for example, there was a spike in anti-nuclear sentiment, it becomes unprofitable or a serious technical failure developed.

Koeberg has two units, each generating 930 MW, which contribute about 4% of South Africa’s power capacity. They were built by French developer Framatome, now called Areva.

The funding for decommissioning, which is an expensive process, needs to be secured well in advance. Failing to decommission the site properly would saddle Cape Town with a dangerous radiation hazard for generations to come.

Responsibility for Koeberg’s site rehabilitation rests with its operator, the state electricity utility, Eskom. For now decommissioning Koeberg is not a priority for Eskom’s newly appointed board given its need to deal with the financial pressure and allegations of corruption the utility is facing.

But it will nevertheless need to start planning soon.

There are three stages in the rehabilitation of a nuclear facility.

The complexity, time frame and cost of decommissioning can differ greatly. A minor research reactor is far easier to deal with than a disaster site like Japan’s Fukushima, where the cleanup is now estimated to costaround USD$180 billion.

The Koeberg decommissioning scenario should rather be based on plants of similar age and size in the process of closure in Europe and North America.

Researchers in France, Germany and the UK have calculated widely different costs for nuclear cleanups (including waste disposal) in their countries. The potential cost of decommissioning a site comparable to Koeberg according to the French costing model would be R8.4 billion. Some analysts say this is unrealistically low. The German model puts the number at around R39 billion and the UK model at R76 billion.

Models based on estimates for Belgium and Canada translate to a Koeberg decommissioning cost of R48 billion and R50 billion respectively, while a recent local determination puts the figure at R35 billion.

All nuclear power plants accredited by the International Atomic Energy Agency must regularly set aside funds to finance the eventual decommissioning. By 2016, Eskom had paid R10.9 billion into a trust for this purpose.

But these provisions seem insufficient and the utility will probably need to raise additional funding to shut down Koeberg.

Eskom is responsible to pay for the site’s rehabilitation, but not for final waste disposal. The funding of that process ultimately becomes the responsibility of the state.

The arrangement is that low and intermediate-level nuclear waste is transported to a site called Vaalputs in sparsely populated Namakwaland, about 500 km north of Cape Town. High-level waste is kept on site in Koeberg in what are known as fuel pools.

South Africa doesn’t have storage facilities for its high-level waste. Like the rest of the world, construction of nuclear plants was initiated without a specific waste disposal plan, with the understanding that each country would manage and pay for it themselves.

Unfortunately South Africa is likely to approach decommissioning Koeberg in the same way other countries have done it – by effectively leaving the waste on site indefinitely in temporary storage facilities. This avoids the expense of waste processing as well as making difficult political decisions. But it passes the problem to future generations while continuing to expose the nuclear plant’s neighbourhood to contamination risk. This is a serious risk at Koeberg given that it’s a mere 30 km from the Cape Town city centre.

Koeberg’s decommissioning is an awkward reality that cannot be ignored for much longer. This should become the main focus for nuclear professionals in South Africa, rather than new plants. Eskom and other parties in the energy space need to develop detailed, credible decommissioning work plans with realistic costing scenarios and funding strategies. A crisis can be avoided, but only through early and proper planning.

Hartmut Winkler is Professor of Physics at the University of Johannesburg.

*The views expressed in this article are those of the author and do not necessarily reflect those of the University of Johannesburg. This article was first published in The Conversation on 25 January 2018; 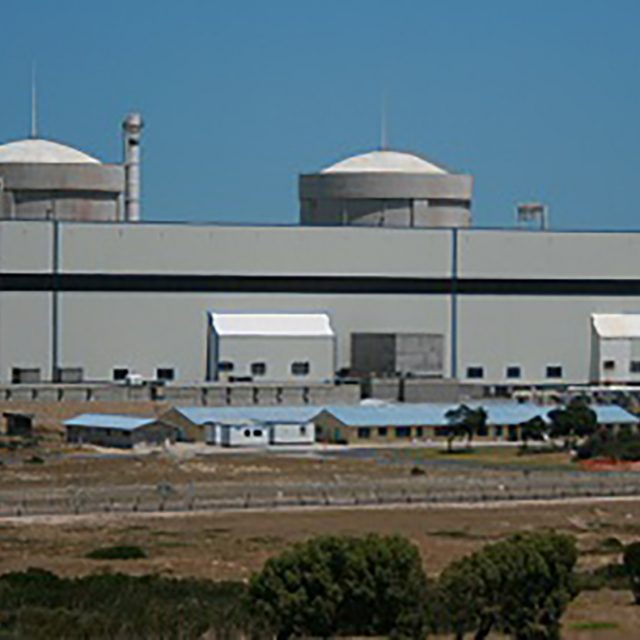