Artificial intelligence learns from past data about the problems it is trying to solve. For example, one can verbally give this device a verbal instruction to play Thuma Mina by Hugh Masekela and it listens, understands and then plays the requested song. It takes instructions through the voice just as human beings do. This is a device of the fourth industrial revolution.

The fourth industrial revolution is based on artificial intelligence and is giving us cyber-physical systems that make the distinction between man and machine blurred. If I ask it about the weather it answers correctly. But there is one thing that it does not seem to hear and that is when I ask it what my name is. However, if I ask it who is the author of the book Artificial Intelligence for Rational Decision

Making it answers my name but with an American accent. If I ask what my name is with an American accent, a feat that I am naturally not good at, it hears and answers correctly. I have often wondered if I was to change my name from Tshilidzi to Jack as my grandfather did 80 years ago because his boss could not pronounce the word Tshamano, perhaps it could understand me.

It seems this Google device is biased against my name, my accent and my being just as my grandfather’s boss was biased against his name 80 years ago. This is an inherent form of discrimination and has traditionally been perpetrated by people and it is now committed by machines.

The reason why this discrimination is present in this device is because the data that is used to train this device is largely collected in North America and not in South Africa. For us to make this device not to be biased we will have to record all words and associate them to meanings in all our 11 official languages and incorporate these into this Google device. Google Translate has started to incorporate a number of African languages, including Swahili and Zulu.

This is a secure system except that the match of the ID photo to a selfie requires several more iterations for African faces when compared to European faces. Again, this artificial intelligence-based system is implicitly discriminating against me for no other reason except my race. It is no longer human beings that discriminate, but rather artificial intelligent machines of the fourth industrial revolution. In this case, the reason why this matching algorithm is biased against African faces is because the data that is used to train this system is largely gathered in North America where the majority of people are of European descent and not in South Africa where the majority of people are of African descent.

Banks are increasingly using artificially intelligent machines to estimate the credit worthiness of individuals who are applying for loans. This is done by using historical data of loans of people and, among others, their repayment behaviours.

Unfortunately, in many banks this database is biased towards the middle class and the wealthy. This is exacerbated by the fact that there is a strong correlation between class and race. Because of this reason, this system is biased against the poor. Again this intelligent fourth industrial revolution device is arguably discriminating based on race and class. Why are these devices implicitly or otherwise discriminating against certain people just as human beings have historically done? To answer this question one needs to go back to the philosopher Karl Marx who stated that: “It is not the consciousness of a man that determines his social being, but it is his social being that determines his consciousness.”

Now that we are in the fourth industrial revolution where machines are being used to assist human beings in making decisions, perhaps this statement should be restated as: “It is not the consciousness of a machine that determines its social being, it is its social being that determines its consciousness.” So the social, political and economic conditions that are prevailing at this time, which is that Europe and North America are dominating the social, economic, technological and political spaces, are being reproduced by artificially intelligent machines and thus making these machines biased.

Traditionally when human beings were biased and discriminating, social and political activists intervened to correct the situations. Our struggle against apartheid is a case in point in this regard. Now what kind of activists do we require to fight against the bias of these artificially intelligent machines, particularly, given the fact that these machines are not humans and, therefore, do not have consciousness? Is traditional activism that has often involved marches and demonstrations still relevant in the present era of the fourth industrial revolution?

To tackle bias and discrimination in technology requires a new form of activism that should permeate the economic and educational spaces. For example, the University of Johannesburg (UJ) is undertaking a project of collecting African faces so that they can be incorporated into these technological devices. The other project being conducted at UJ is how to ensure that an artificially intelligent security system based on the iris of the eye, which tends to deny people of African descent more than people of European and Asian descent from entering highly secure premises, does not discriminate. This is because the contrast between the iris and the pupil of the eye is lower for people of African descent than of European and Asian descent. Going forward as South Africa, we should embark on projects to record and archive South African accents and sell this data to companies that create these devices. The Chinese have now incorporated Chinese writing characters into the digital archive while the Ethiopian Ge’ez writing characters are not yet incorporated and this has to change.

To answer the question posed in this article, traditional activism is not suitable for the present stage of the fourth industrial revolution. What we need are linguists, scientists, engineers, and ethicists etc who are driven, and demographically diverse, to make a difference in society. Because the biases of machines mirror the biases of their makers, for us to overcome those biases we have to innovate and thus education of Africans should be the new form of activism.

The Vice-Chancellor and Principal of the University of Johannesburg (UJ) as well as the author of the book Artificial Intelligence for Rational Decision Making, Professor Tshilidzi Marwala recently penned an opinion piece, ‘The Fourth Industrial revolution is discriminating against Africans’, published by Sunday Independent, 13 April, 2018. 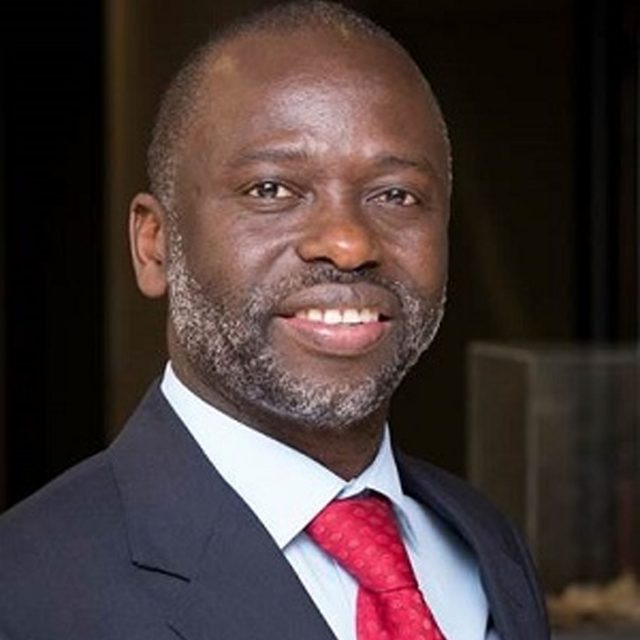