Opinion: Seismic shock: Insurrection or coup d’état, that is the counter-revolutionary question

​Whatever we call it, coup, insurrection or counter-revolution, surely this was a jolt to South Africa and not just a tremor. Measured on the Richter scale, we have experienced a significant event equivalent to an earthquake. The aftershocks will persist, writes Professor Tshilidzi Marwala

Prof Marwala is the Vice-Chancellor and Principal of the University of Johannesburg (UJ, a member of the Namibia 4IR task Force and the author of ‘Leadership Lessons From the Books I Have Read’. He recently penned an opinion piece published by Daily Maverick.

It has emerged that the looting of the past week in KwaZulu-Natal cost South Africa’s economy more than R20-billion. Taking into account the looting in Gauteng, the total loss is likely to have been much more significant. Importantly, these riots were about more than looting.

The UPL chemical plant, which housed hazardous materials, was burnt down. More than 40 pharmacies were looted and damaged. KZN and some parts of Gauteng looked like a war zone and still show ugly battle scars a week later. The N3, a road that links provinces in the north to the Durban port, was closed.

For a moment, it looked as if South Africa was about to break apart, with the dreams of a nation shattered. The vision of Nelson Mandela, of a united, prosperous and democratic country lay in tatters. As we calculate our losses, it is apparent that it will take many years to build the country again. Words often associated with collapsing countries, such as tribalism, racism, vigilantism, and warlordism, populated our cyberspace and dominated our conversations. Commentators argued vehemently about whether we were a failed or a fragile state. The word on the ground was that we were a country in deep trouble.

Many wondered whether this was an attempted coup d’état. In 1993, Rosemary O’Kane from England’s Keele University fittingly stated that, “The underlying causes of coups are specialisation in and dependency on primary goods for export, exacerbated by poverty. Such preconditions render even the most responsible governments open to accusations of incompetence and corruption, so inviting coups d’état.”

A coup d’état is a solemn thing, especially in Africa. Since 1960, there have been more than 200 coups in 40 African countries. When Kwame Nkrumah was on a state visit to China and Vietnam, he was militarily overthrown by Joseph Ankrah, realigning Ghana from the East to the West and ushering in the era of coups.

The Prime Minister of Singapore, Lee Kuan Yew, described how on many occasions at the Commonwealth meetings he witnessed African leaders starting the sessions as heads of states only to be told that there had been a coup in their country. This terrified African leaders to such an extent that they took along all their top generals and ministers of defence when they travelled.

Coups have been around for as long as political communities have existed. One of the first and famed in recorded history was the one mounted by Julius Caesar when, after conquering Gaul (modern-day France), he crossed the river Rubicon and took over the Roman Republic.

A common thread among all these coups is that the prerequisite of a coup d’état is control of the armed forces by an opposing group. Given that the military had not taken power, and was not taken over, the looting in South Africa was not a coup d’état.

Were the riots in South Africa a counter-revolution? The consequences of the riots have included dividing our people, shrinking our assets and ultimately pushing our economy closer to the brink. This will result in South Africa being unable to pay grants, finance education, offer medical care, among other urgent commitments of the state. It is in this sense, then, that the looters are counter-revolutionary.

President Cyril Ramaphosa characterised the riots as an “attempted insurrection”. An insurrection is a power grab that is enabled by mobilising the population to create a climate conducive for the overthrow of the government. This climate is often created by what the people on the left call counter-revolutionary activities.

So where lies the confusion, and why does it matter? Words matter because people act on words. In the US, following the Capitol Hill attack, debates ensued about the language used. As Kelly McBride wrote for NPR, “A word used inappropriately or hyperbolically becomes a loaded term”.

Quite frankly, there should have been a greater understanding of the impact of inaction and its potential to reverberate across the country. There has to be a view towards strategic communication, not only among government officials but with the nation.

What is the outcome of the events of the last few weeks? Firstly, ministers are visibly contradicting each other and shifting blame. From a distance, it looks as if they are now concerned about their positions. This is a dangerous situation because, while they are worried about their survival, their performance in their jobs can suffer. Some believe that the performance in the security cluster was poor. As Lynsey Chutel wrote in Foreign Policy magazine, “This confusion has made it difficult to find a solution in what could be a turning point in South Africa’s fledgling democracy.”

Given all these factors, what is to be done, particularly as concerns rise that these events will repeat themselves? There are multiple root causes at play, some are deeply structural and point to the dysfunctionalities of our country located in what is arguably the most unusual period that the world has faced, in the form of the Covid-19 pandemic. It also speaks to the immaturity of our political system, where one legal act can be the matchstick that burns the house down.

First, we have to acknowledge that while there were criminal elements at play, the events of the past week were certainly exacerbated by the rampant inequality, poverty and unemployment in South Africa. After all, the mall and the shops became synonymous with what people do not have. Realistically, almost half of our nation is unemployed and living on very little. The structural reforms and necessary economic growth to begin to challenge this have eluded us for some time. The policies we have long argued would spur growth have to be implemented with a renewed sense of urgency. There have to be tangible results that reignite faith in the government.

Second, the government has to establish a unified response and put systems in place that can take action. At no point last week was the nation addressed by the entire security cluster to quell our fears or to chart a way forward. For the first 48 hours as the country burned, there was no sign of any senior government officials. It was reminiscent of Emperor Nero in 64AD, who is rumoured to have quite literally played the fiddle while Rome burned.

Quite frankly, there should have been a greater understanding of the impact of inaction and its potential to reverberate across the country. There has to be a view towards strategic communication, not only among government officials but with the nation. Governments need to reestablish their ties with communities. Communities are fragile, and this fragility has been exacerbated by a pandemic that has taken a toll on particularly the poor.

Whatever we call it, coup, insurrection or counter-revolution, surely this was a jolt to the country and not just a tremor. Measured on the Richter scale, we have experienced a significant event equivalent to an earthquake. The aftershocks of this will continue to persist. If we ignore the root causes, we will teeter on the brink of a catastrophe. It is in the throes of such instability that the worst may yet find opportunity. 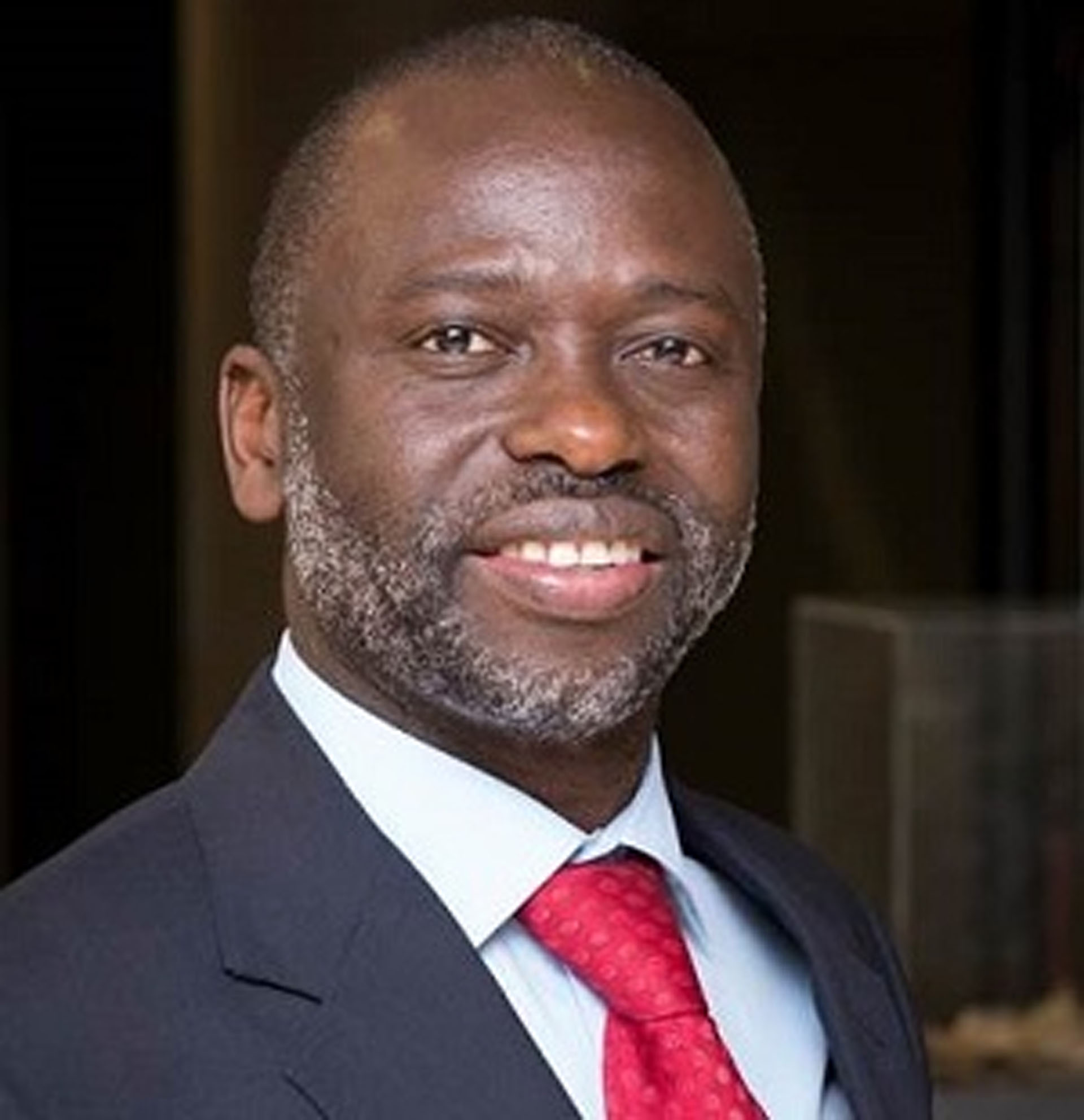 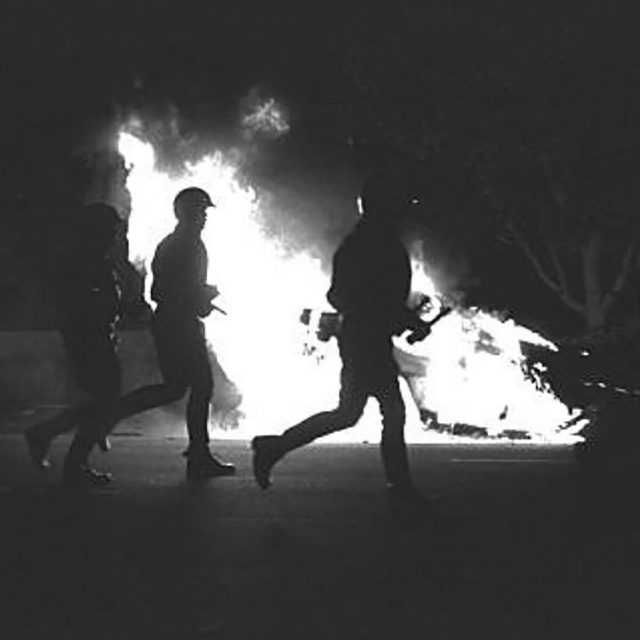