Opinion: Haven’t been to school? Off to prison your parents go!

In May 2005, a media report gave an account of the arrest of a parent who allegedly failed to send their child to school.

The reason for the imprisonment of parents who fail to send their children to school was seemingly founded in the parent’s legal obligation to ensure that a child attends school and that the failure to meet such an obligation would constitute a crime.

Certainty, compliance with the law is one of the cornerstones of a functional and civilised society.

There is a range of possible consequences when failing to comply with the law, including that of community service, fines, and even in the most extreme cases, incarceration. The criminalisation of an offence does not only physically imprison a person but potentially ostracises the individual from society and has dire consequences to their family unit and future job opportunities. Therefore, the criminalisation of conduct should only occur in the most extreme and serious of cases.

Unfortunately, the law currently provides that, in certain circumstances, parents may be imprisoned when their children are absent from school for no valid reason.

To give effect to the Constitutional ideal for the right to education, Section 3(1) of the South African Schools Act 84 of 1996 (SASA) places an obligation on parents to ensure that learners (for whom they are responsible) attend school from the age of 7 until the age of 15 (or the ninth grade). Unless there is a valid cause for keeping the child from school, Section 3(6)(a) of SASA makes a parent liable for a fine or imprisonment of up to 6 months if a learner does not attend school during this compulsory period.

The issue of parental imprisonment is further exacerbated with the Basic Education Laws Amendment Bill B2-2022 (BELA Bill), that not only confirms the possibility of incarcerating a parent but also incorporates a harsher punishment for unjustified school absences by extending the possible period of imprisonment to 12 months (instead of the original six months under the SSA).

This effectively criminalises the failure of a learner to attend school, and if this were to occur, it may negatively impact the child’s right to education (as the parent would not be available to support the child) as well as the child’s social, emotional and psychological development, in having to deal with an absent parent for a prolonged period of time and/or being placed in the care of another person or foster care, which may result in the loss of the home environment of the child, separation from siblings, hampering of transportation to and from school, disruption of routines and other practical inhibitions to the child’s development.

This raises an important question as to whether the possible imprisonment of a parent, under any circumstances, would be in the best interests of the child? After all, Section 28(2) of the Constitution provides that “(a) child’s best interests are of paramount importance in every matter concerning the child”, which sentiments are reiterated in section 9 of the Children’s Act 38 of 2005.

The best interest of a child would be adversely impacted if the child’s primary caregiver is imprisoned, which highlights the possible unintended consequences of parent imprisonment under Section 3(6)(a) of SASA, which surely cannot be in the best interest of the child.

Criminalisation, if implemented in these circumstances, will likely have the effect of placing the Constitutional ideals of the right to education at risk rather than protecting them, as a child is left without their primary caregiver during an extended period and also places a parent (who would then likely have a criminal record) at odds with earning a living and caring for the child. In fact, Justice Sachs, in the Constitutional Court case of S v M (CCT 53/06) (2007) ZACC 18 at par 35, noted that:

“… It is not the sentencing of the primary caregiver in and of itself that threatens to violate the interests of the children. It is the imposition of the sentence without paying appropriate attention to the need to have special regard for the children’s interests that threatens to do so. The purpose of emphasising the duty of the … court to acknowledge the interests of the children, then, is not to permit errant parents unreasonably to avoid appropriate punishment. Rather, it is to protect the innocent children as much as is reasonably possible in the circumstances from avoidable harm”.

In this, Justice Sachs noted that one must weigh two competing duties – the first being the maintenance of family care and the family environment (par 38) and that of the State’s duty to deal decisively with criminal conduct (par 39). Yet, imprisonment is not the only manner of addressing criminal conduct.

There are other forms of reparation that would be better placed to achieve the same objectives of basic education for all in the country. For example, community service at the school may be a better option. Community service can take the form of picking up litter, cleaning classrooms and other school engagements.

The importance of school attendance should be reinforced, and high school children up to the age of 15 should understand their obligation to attend school. Children (where it is appropriate to do so), as much as parents, should be held responsible for not attending school. However, it is unlikely that imprisonment of a parent would achieve this, and community service will better serve the best interest of the child (and parents alike). In addition to community services, perhaps a less punitive approach, such as mediation, may result in an amicable and peaceful resolution of disputes. After all, mediation would allow for the voice of the child also to be heard, which is confirmed in Article 12(1) of the Convention on the Rights of the Child, which has been ratified by South Africa and states that:

“State Parties shall assure to the child who is capable of forming his or her own views the right to express those views freely in all matters affecting the child, the views of the child being given due weight in accordance with the age and maturity of the child”.

Further to this, the African Charter on the Rights and Welfare of the Child, also ratified by South Africa, specifies that “for the full and harmonious development of his (or her) personality, the child should grow up in a family environment in an atmosphere of happiness, love and understanding”.

The imprisonment of parents threatens the family unit as well as the environment of a child and will directly affect the voice of the child to be heard in such matters. Without the primary caregiver present, a child may also not be able to attend school and may ultimately result in being an inhibiter to education rather than facilitating the right to education.

As admirable as the attempt is to realise the Constitutional ideal of ensuring basic education for all in South Africa, the continued criminalisation of parental conduct may have the opposite effect and may ultimately function as a barrier to education. It is unfortunate that the legislature has neither taken the opportunity to amend the criminalisation of a parent’s conduct in the BELA Bill nor to explore alternatives, such as community engagement and mediation processes in ensuring school attendance of learners.

*The views expressed in this article are those of the authors and not necessarily those of the University of Johannesburg. 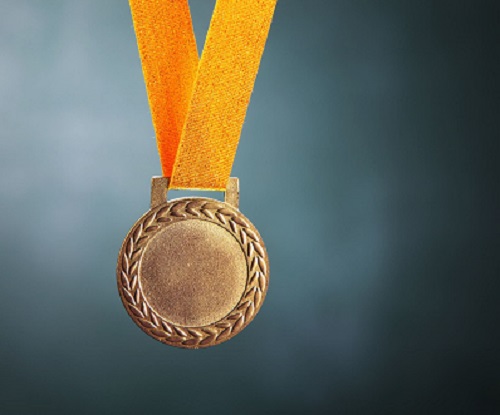