The Vice-Chancellor of the University of Johannesburg (UJ), Prof Ihron Rensburg, unveiled the plaque of the school, thereby officially opening the UJ Institute of Childhood Education (UJICE). In Prof Rensburg’s opening address he stressed the importance of UJ’s presence on the Soweto campus and congratulated the Faculty of Education’s flagship project on this campus. He did so while reminding the audience that Soweto is one of the worst performing Districts in terms of matriculation results. Hence the Funda UJabule initiative is ground-breaking because it demonstrates UJ’s commitment to advancing research in early childhood education, thereby contributing the District’s improvement in the long term.

Thereafter, the Gauteng MEC of Education, Ms Barbara Creecy, delivered her address, saluting this unique initiative to combine the provision of foundation phase education with teacher development and research. “We hope that the school will advance the research in early childhood education”, she said, given that 90 percent of intellectual development in a child is completed by the age of 5. She also mentioned that as part of developments in the Gauteng province, the priority is to ensure that all children aged 5-6 will be provided with grade R education. She shared the Faculty’s conviction that foundation phase education is of utmost importance for children to succeed in their further academic careers. In the light of this she applauded the work done in the Funda UJabule School that could inform teaching in the foundation phase in other schools in the province. ​

​​Dr Whitty Green, Director: Teacher Education, Department of Higher Education and Training also addressed the audience. He indicated that the DHET and the Faculty of Education work closely together, including in the DHET European Union project aimed at strengthening foundation phase teacher education in the country. He further mentioned that the “Integrated Strategic Planning Framework for

Teacher Education and Development in South Africa” proposes the establishment of dedicated teaching schools to support teacher education and development. The DHET views Funda UJabule as a prototype.

Executive Dean of the Faculty of Education, Prof Saartjie Gravett addressed the audience with a slide presentation whereby the emphasis was on the centrality of foundation phase education as a predictor of future success. She quoted from the McKinsey Report, according to which all the evidence suggests that students who do not progress quickly during their first years at school, because they are not exposed to teachers of sufficient calibre, stand very little chance of recovering the lost years and their failure is perpetuated in successive years (Barber and Mourshed, 2007). This is the main reason why the UJICE with the Funda UJabule school as its core was conceived and operationalised – to focus on the early years of schooling. Other reasons include the aim to serve the immediate community in terms of childhood education; to serve the education community through researching education practices with a view to informing policy and curriculum; and to enable a teacher education programme that bridges the theory/practice “divide”.​​ 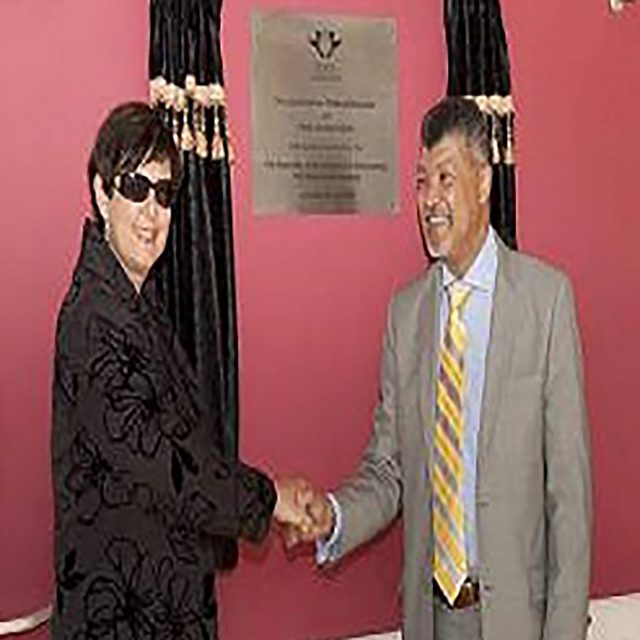