The Physics Department is now home to a new cryogenic free measurement system (CFMS) which was acquired through the National Research Foundation’s (NRF) National Equipment Programme (NEP) Grant, and UJ funding allocated to the department’s Prof Aletta Prinsloo and Dr Charles Sheppard with the support of various co-users in the Physics Department and from other institutions.

The final sections of the world-class cryogenic apparatus were delivered at end of October 2016, followed by training that was done by cryogenic development and installation engineer Dr Yury Bugaslavsky from the UK during December 2016.

The system consists of a cryogen free magnet, control and measurement rack. The magnet can produce fields from the mT range up to a max field of 14T utilizing a cryogen free superconducting magnet. An integrated variable temperature insert (VTI) is placed in the centre of the magnet that delivers a dynamic temperature control in a range 1.6 K to 320 K. This temperature range can be extended to 1000 K by using the appropriate furnace inserts or to the mK range by using He3 and dilution re-fridge options.

“One of the most prominent features of this system is that it does not require cryogenic liquids for its cooling operations, making it much cheaper to operate than standard systems that functions in the same temperature range. In order to cool the sample, a separate supply of He gas is drawn from a small reservoir and circulated past the cryo-cooler which condenses it to a small amount of liquid He. Thus, this the system extremely cost effective”, said the researchers who also thanked the NRF and UJ for making this dream a reality. 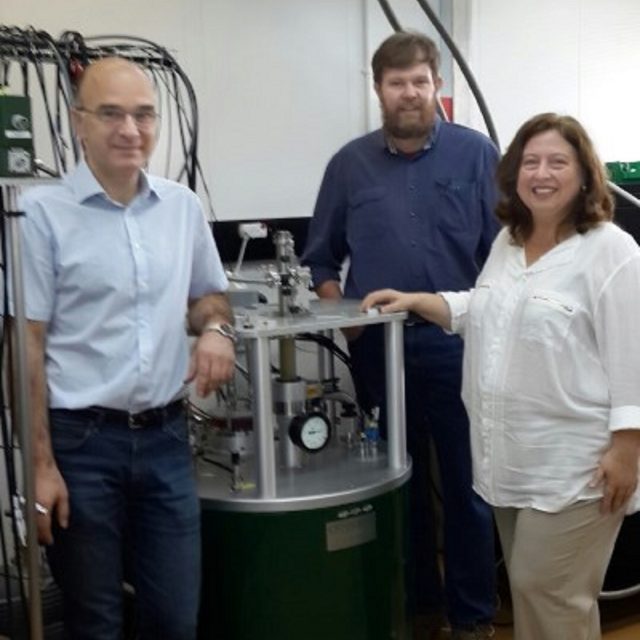