In January this year, Moganedi was selected to represent South Africa at the IWBF Afro World Championships held in Ethiopia. In April, she was selected as part of the IWBF Players Commission to speak on Africa Wheelchair Basketball players and the development of the sport in Switzerland. In August, Moganedi captained the SA 3 on 3 Wheelchair Basketball team at the Commonwealth Games in Birmingham, finishing in 5th place.

On the other hand, Mphahlele enjoyed success in middle distance running this season having won a gold medal with the time of 3:49.51 for the 1500-meter distance for UJ in the 2022 University Sport South Africa championships in Cape Town. He won a silver medal for South Africa in the CAA Senior African Athletics Championships in Mauritius with a time of 3:36.74 in the 1500-meter running distance.

Some of the dignitaries who attended the Sports Gala included the outgoing Vice-Chancellor and Principal, Professor Tshilidzi Marwala and Vice-Chancellor Designate, Professor Letlhokwa George Mpedi as well as member of the UJ Management Executive Committee, Dr Nolitha Vukuza.

Former Olympian and Chairperson of the South African Sports Confederation and Olympic Committee (SASCOC) Athletics Commission, Khotso Mokwena, spoke about the importance of “a winning mind-set” for athletes.

“I am excited, although I have done well in my sport field, this win came as a surprise. I did not anticipate winning the award so soon. It is an amazing feeling. I’m more fired up to do even greater,” says Moganedi.

Mphahlele was also excitedly in awe of winning the top sport accolade at UJ. “I did not see it coming, but God did. As I sat there, I listened on while the bronze and silver medal winners were announced – I told the person next to me that someone else is going to win the Sportsman of the Year Award, not me. I had tough competition. Congratulations to all the nominees and the winners. That winning moment has not sunk in yet,” says Mphahlele.

Caitlin Rooskrantz was crowned the Age group Sportswoman of the Year and the Student-Athlete of the Year Awards.

This year, Team of the Year was added as a new category to the six long-existing categories of the UJ Sport Awards. Five teams were nominated, namely; Athletics Cross-Country, Netball, Women’s Rugby 7s, Women’s Football and the Men’s Basketball teams. The senior women’s football team was named the 2022 Team of the Year for winning the 2022 FNB Varsity Football women’s tournament, the Engen Knockout Challenge and the Engen Champ of Champs. The team also had players and technical staff members who were selected to represent national teams like Banyana Banyana and the Under-17 and 19 teams.

Age group sportswoman of the year:

Age group sportsman of the year:

Club sportsperson of the year:

Team of the year:

Student-Athlete of the Year:

Sportswoman of the year:

Sportsman of the year: 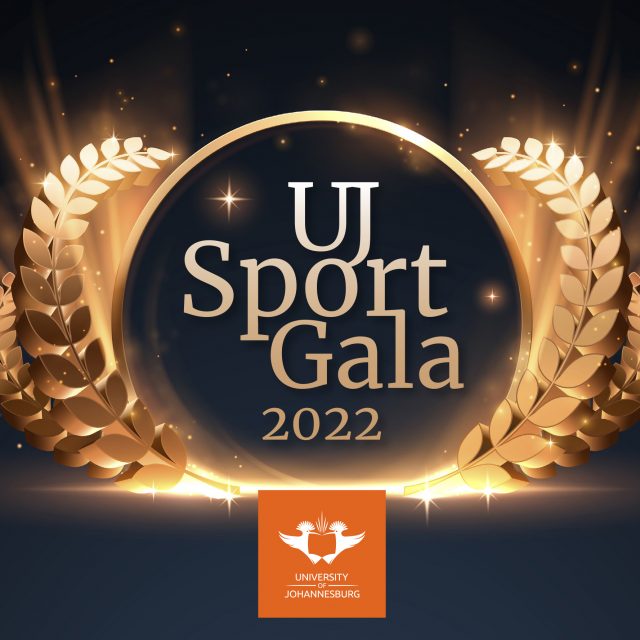