Mathematicians deliberate on logic and its applications at UJ

The Department of Pure and Applied Mathematics hosted a successful two-day workshop on “Logic and its Applications” at the conclusion of a research visit from international mathematicians at Auckland Park Kingsway campus in January.

The invited speakers were from Chapman University (USA), Sun-Yat Seng University (China) and from Delft University of Technology in the Netherlands. In addition to talks on proof theory, correspondence theory and completeness results for non-classical logics, the workshop included talks on algebra, topology, and category theory and their connection to logic.

The workshop also attracted local participants from UNISA, Wits, Stellenbosch, and the Universities of Pretoria and Limpopo who were party to collaborating via email in the coming months prior to an envisaged reunion at the upcoming conference entitled “Topology, Algebra and Categories in Logic” (TACL) to be held in Prague in the Czech Republic at the end of June. 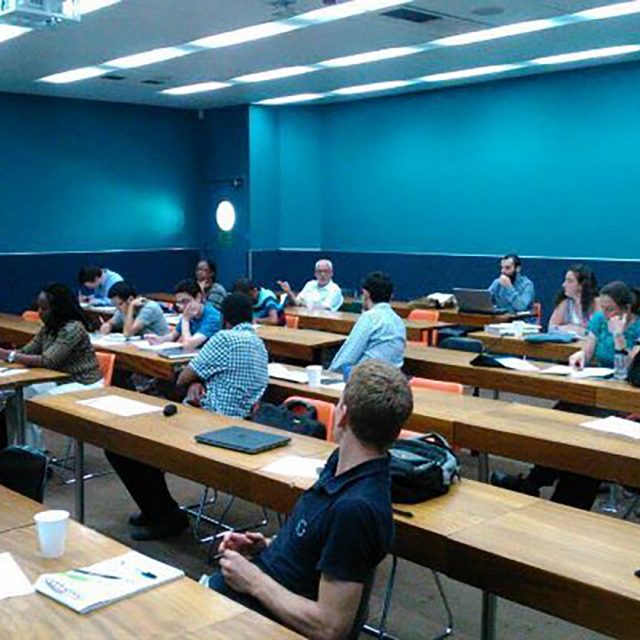