LGBTI rights in South Africa are good on paper, weak in action

​​​Research has revealed that despite having one of the best constitutions in the world, the South African Lesbian, Gay, Bisexual, Transgender and intersex (LGBTI) community is still confronted with wide-spread, deep-rooted social justice challenges.

Some of these social injustices were discussed at the Everyday social justice for LGBTI in SA seminar hosted by the University of Johannesburg’s (UJ) Centre for Social Development in Africa (CSDA) on Thursday, 10 September.

“Prevailing dialogues on the continent tend to suggest that same-sex relationships are abnormal and un-African and that sexuality in Africa is largely a heterosexual phenomenon,” said Dr Adeagbo.

He also explained that where interracial relationships are concerned, apart from the shame attributed to being LGBTI, most black African parents and family members do not want anything to do with their ‘past oppressors’ and as a result they reject their children’s relationships.

The LGBTI social justice issues are seemingly quite rampant judging by the varying audience in attendance at the seminar, including academics, students, human rights activists and even government officials. As the audience also engaged, other pressing issues emerged, including corrective rape.

Corrective rape seems to be on the rise and unfortunately, LGBTI activists and communities feel that not enough is being done to sternly tackle the problem, and even statistics do not provide a clear picture. Open Society Initiative of Southern Africa (OSISA) reports that only 31 lesbian homophobia-linked murders have been reported since 1998 and of those, only two convictions were secured.

Statistics seem to suggest a different picture: a study conducted by Triangle, an LGBTI rights organisation, reveals that about 86% of black lesbians from the Western Cape said they live in fear of sexual assault. This is probably because of the high prevalence in that province alone.

Johan Meyer, Health Manager at OUT – LGBT Well Being, which is an organisation that works with direct health and mental health services, research, mainstreaming and advocacy for LGBTI, spoke in response to Dr Adeagbo’s research findings and questions. He explained some of the health-related problems that LGBTI communities are confronted with including, inadequate health service provision and equality.

Interestingly, despite the wide-spread social injustices, South Africa is viewed as a place of refuge for many African LGBTI people. “South Africa is a safe-haven for some of them because they can live relatively freely compared to when they were in their home countries,” said Dr Adeagbo.

He concluded by saying that society needs to rethink how LGBTI rights are in South Africa LGBTI rights are practiced and protected as they are currently only good on paper, but weak in action. 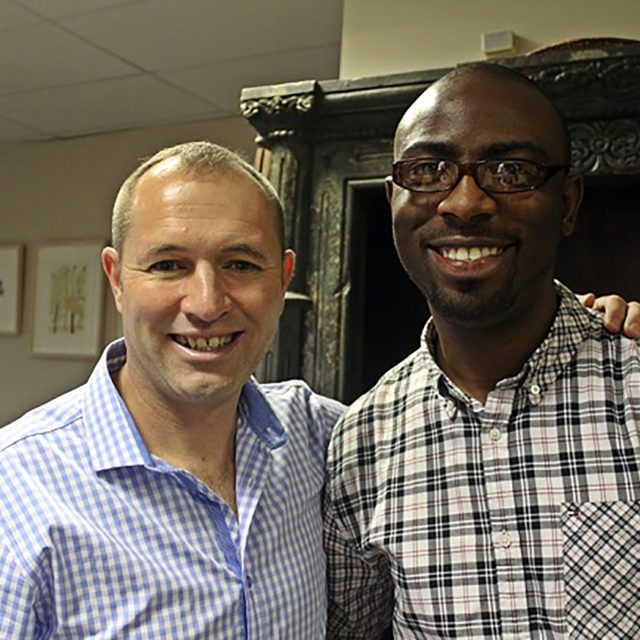