Kathy shares his memoirs with UJ

​​Struggle icon, Ahmed Mohamed Kathrada, fondly known as Kathy by those close to him, expressed how he narrated history in his book titled Ahmed Kathrada’s Memoirs, at a book discussion on Tuesday, 04 February 2014, at the University of Johannesburg’s (UJ) Auckland Park Kingsway Campus library.
At the event, he gave a sneak preview of the memoirs documenting his fight in the struggle for equality in apartheid South Africa. The event took place in the form of an informal lecture, where Kathrada took his audience through his journey, the role he played against oppression, and the years he spent behind bars on Robben Island.
In his speech, Kathy emphasised how much he and his fellow prisoners valued education; among them was the late former President Nelson Mandela.
The prisoners took it upon themselves to educate each other as they did not have the privilege to get education. “Freedom did not come from heaven, with freedom comes responsibility. It is because of the struggle that young people are getting education and are not criticised for their skin colour today”, he said.
He also recalled how they were mistreated while in prison, but appreciated safety from what other struggle icons were going through in the townships: the torture, killings and the brutal assault. “I grumbled when I did not have shoes, until I saw a man who did not have feet”, said Kathrada.
“Jail is no picnic!” These were Kathrada’s words as he urged the youth of South Africa to take full advantage of the education they have and use the knowledge that they gain to improve their country because they are the future. 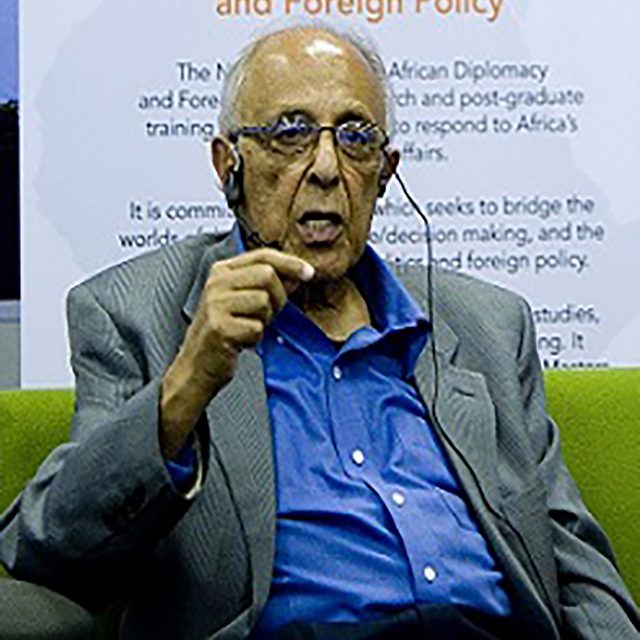