ICC Prosecutor on the pursuit of justice at UJ

The question whether the International Criminal Court (ICC) are evading opening investigations into alleged war crimes due to political pressure was explored by the ICC’s Prosecutor Fatou Bensouda at the University of Johannesburg (UJ) on Tuesday, 09 September 2014.

Speaking at the fourth International Leadership Platform, hosted by the University’s Division of Internationalisation, Ms Bensoudaencouraged the audience to become active citizens in an effort to promote good corporate governance. She acknowledged citizens’ role in helping the court seek and execute justice.

She pointed out that the Rome statute, the ICC’s founding treaty, is open to participation by states, adding that the ICC can only investigate and prosecute crimes committed on the territory or by the nationals of states that have joined the ICC statute or which have otherwise accepted the jurisdiction of the ICC through an ad hoc declaration.

Says Mrs Bensouda: “One of the biggest challenges that the ICC faces today is that of witness interference. Witnesses give false testimony or withdraw from court proceedings due to a number of irregularities. Threats, bribes and other underhanded actions are not uncommon – people coach witnesses and in most instances offer them money to get them to change stories or hide information.”

Mrs Bensouda’s sentiments was echoed by Prof Mia Swart, an International Law lecturer at UJ. “The ICC needs as much support as it can get. The public should play its part in the fight against crime by being active citizens and not turn a blind eye to issues on hand” said Prof Swart.

According to Ms Bensouda there are some crimes that are committed that are beyond the legal reach of the ICC, despite the arguments of some legal scholars that fundamental jurisdictional rules can be made subject to a liberal and selective interpretation of the Rome statute.

Says Mrs Bensouda; “They appear to advocate that the purpose of the ICC is to end impunity for mass crimes, the court ought to intervene, even where clear jurisdictional parameters have not been met. This is neither good law nor does it make for responsible judicial action,”

Mrs Bensouda concluded that the ICC is a court, established to compliment the justice system, a court of last resort which only takes over when national jurisdictions cannot continue. 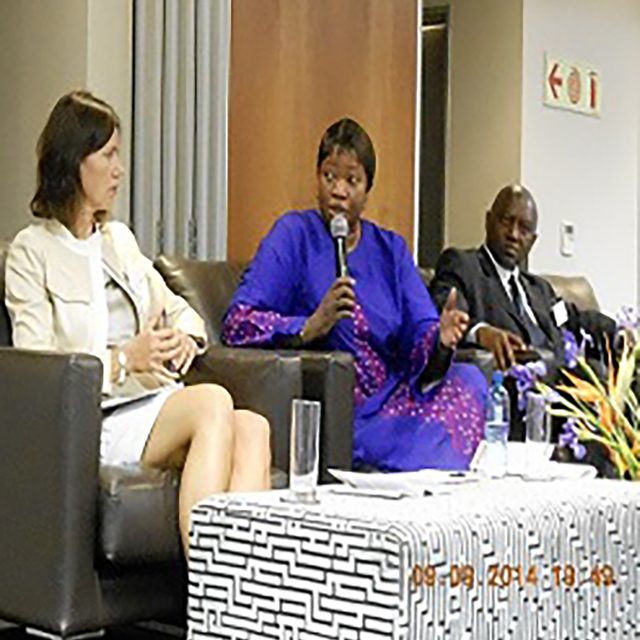