‘I want to play in the PSL’ – says FNB Varsity Football Player of the Tournament, Thulani Zandamela

Born (23 June 2002) and raised in Meadowlands, Soweto Zone 10, Thulani Zandamela grew up in a family of five comprising both parents and two elder siblings. Like many children in the South African townships, the talented Zandamela began playing football as a primary school kid in the streets of his neighborhood.

It did not take much to notice his footballing skills. In 2017, at just 15-years-old, Zandamela joined the young UJ team while in high school after he impressed the current UJ head coach, Karabo Mogudi. Coming through the ranks of the UJ football development, his meteoric rise to stardom culminated in him winning his first Varsity Football Tournament at the mere age of 19.

He is a third-year student enrolled for a Diploma in Tourism Management and Development.

Zandamela had a scintillating campaign in the Varsity Football tournament, winning multiple Man of the Match awards and propelling his team all the way to their second consecutive final scoring five goals. The jersey number 10 currently plays for Mamelodi Sundowns’ ABC Motsepe League Side, M-Tigers as well as their MDC team. Zandamela looks up to Mamelodi Sundowns’ midfield general Themba “Mshishi” Zwane.

Speaking on his vision for the future in football, Zandamela says, “I wish to maintain my current performance. My short-term goal is to play professional football in the coming 6 to 10 months. Then my long-term goal and dream is to be the DStv Premier League Player of the season.

“For talent to shine, it must be backed up by hard work and determination. Without hard work talent is nothing on its own,” Zandamela explains.

Besides playing football, Zandamela is also set to secure a better future through education. “I’m a student-athlete, after my football career I would love to pursue my passion in tourism, and with that I want to take part in the development of our country’s tourism industry.”

For young people who wish to pursue football and any other career, Zandamela shares this advice: “Never ever imagine or see yourself as a failure because you have not succeeded in some aspects of your life. Everything has its own time and space. Keep your head up and grind more.” 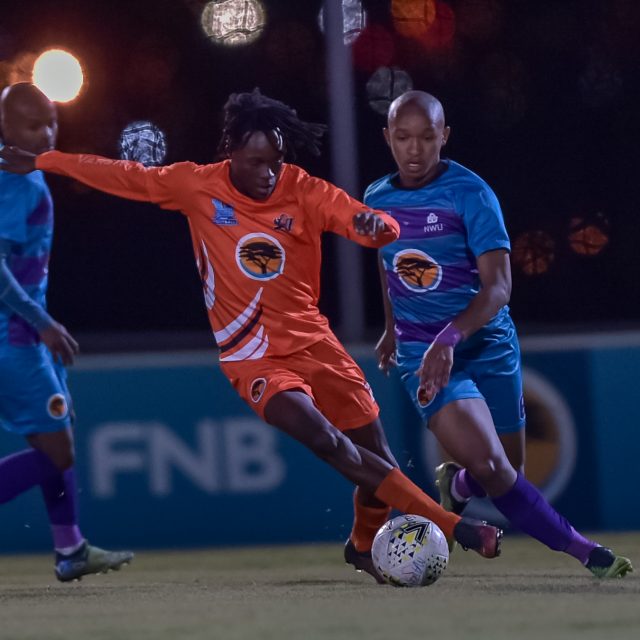