The winner of two University of Johannesburg (UJ) 2022 Sport Awards, Caitlin Rooskrantz, has enjoyed a successful academic year and sporting season at the University and abroad. Rooskrantz was crowned the UJ Sport Age Group Sportswoman and Student-Athlete of the Year on Thursday, 17 November 2022.

This year, the first-year UJ BCom Marketing Management student and gymnast from the East Rand in Johannesburg, competed at four major international competitions. She represented South Africa in the Commonwealth Games in Birmingham, England, (won a bronze medal) in July, and in the World Cup in Cairo, Egypt (won a gold medal) as well as winning a gold and bronze medal in the African Championships in Cairo (African Champion, 1st in uneven bars and 3rd in beam).

In the Commonwealth Games, Rooskrantz became the first South African gymnast to win a bronze medal in uneven bars.

“At the UJ Sport Awards, it was a big moment to hear my name being called twice to the stage. I am proud of myself. This year was challenging and to know that I have come up with many successes; it was everything I could have asked for,” explains Rooskrantz.

She is part of the Johannesburg Gymnastics Centre.

Rooskrantz started participating in gymnastics at the age of six when her parents picked up that she was incredibly flexible, agile and strong. Her parents were familiar with gymnastics because their friend’s daughter participated in the sport.

“Gymnastics is a beautiful sport and not your typical sport. The elements that we learn, we do all these supernatural tricks in a safe environment and display that talent to the world. Not everyone can compete in this sport. I love the sport and that I get to travel the world because of my talent., adds Rooskrantz.

Getting a medal at the Commonwealth Games, she says, was one of the highest goals she has set in the beginning of the year. “It is always an honour to represent South Africa in international competitions, but even more fulfilling to stand on the podium to receive a medal with millions of people watching worldwide,” says Rooskrantz.

In the past, the youngster competed in the 2020 Tokyo Olympic Games. This, she says, is her career highlight. “It was one of my biggest dreams from my tender age.”

In 2017, she took a break from the sport due to an injury. “I believe that I am not done yet. I still have a many competitions that I will be participating in to make myself, family and country proud,” adds Rooskrantz. 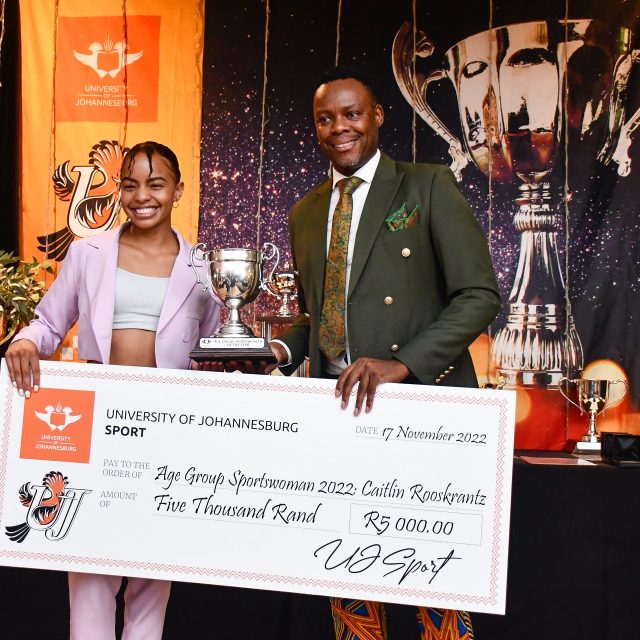