“In Africa this is a moment for us to dream big. As graduates of the finest University, you can in whatever profession you practice play a pivotal role in reshaping the future into one in which hunger, extreme poverty and racism should be distant memories. A future in which every person can fulfil their dreams and contribute to society on an equal basis. I want to challenge you to be that solution; to take responsibility for safeguarding the human rights that we must cherish. We are waiting for you.”

These were the sentiments shared by Dr Kumi Naidoo on Tuesday, 23 April 2019 upon receiving a Honoris Causa degree in Humanities as recognition for his contribution to social justice in South Africa.

Says Professor Chris Landsberg, UJ SARChI Chair: African Diplomacy and Foreign Policy, “UJ cherishes the values of equality and social justice. We are convinced that Kumi Naidoo’s tireless work, and fearless activism, and his sacrifices for solidarity, democracy, equitable and sustainable development, and social justice resembles and exemplifies UJ’s values. That is why we are proud to award Kumi Naidoo the degree Doctor Honoris Causa in Humanities, and can boldly claim him as an alumnus of the university of critical Pan-African inquiry that seeks to propel Africa into the 4th Industrial Revolution.” 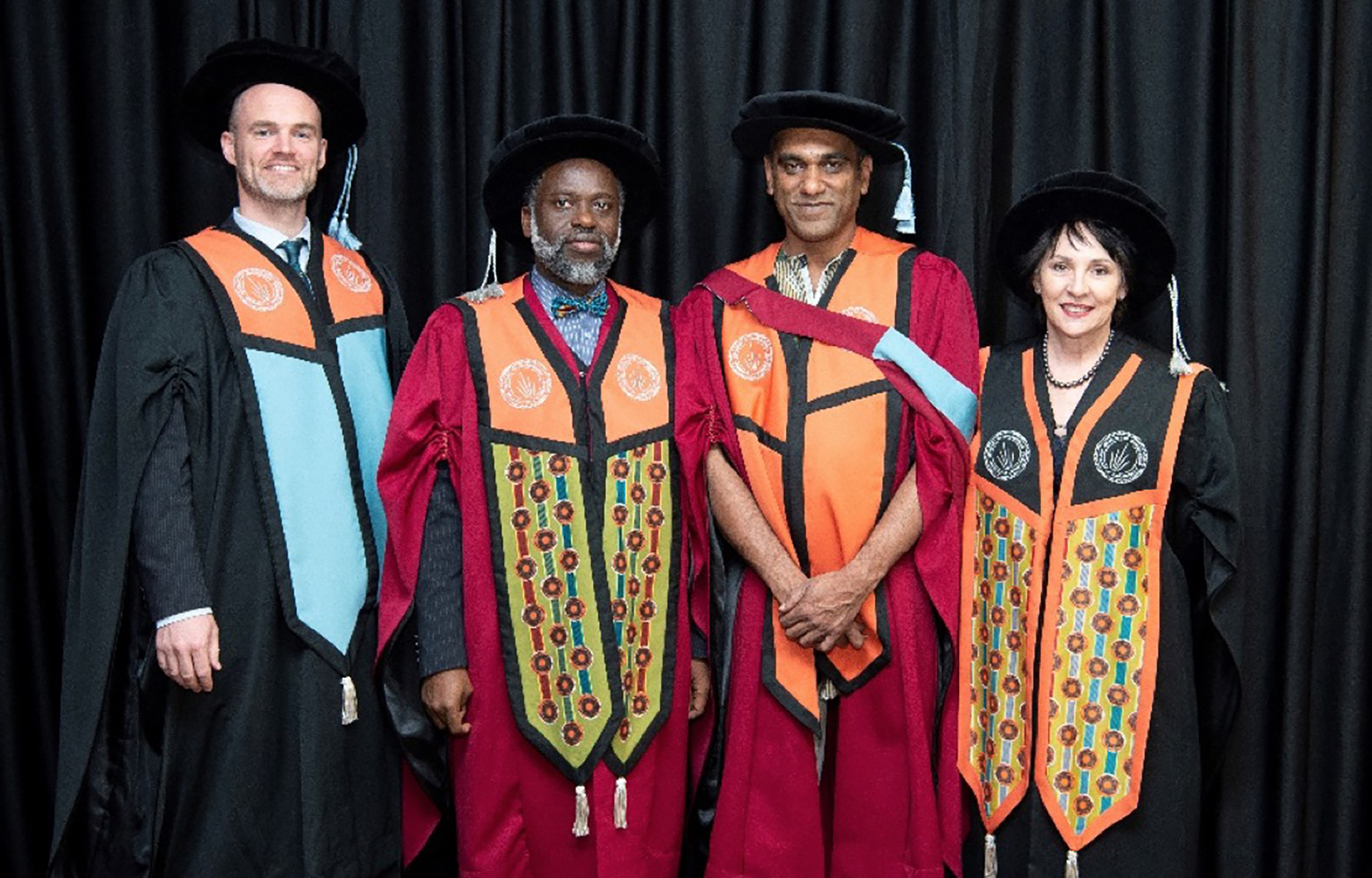 The celebrated activist is best known for his participation in fighting apartheid in South Africa in the 1970s and 1980s through the Helping Hands Youth Organisation, in which he led global campaigns to end poverty and protect human rights. In August 2018, Naidoo joined Amnesty International as its ninth Secretary General.

Naidoo has held multiple international leadership roles, and was the first African to head Greenpeace, the international environmental group. Naidoo saw his role as that of an alliance builder and an agent of change. Importantly, he saw the intricate connections between environmental justice, gender equality and human rights.

Dr Naidoo concluded: “This world presents you with vast opportunities and of course also some challenges and responsibilities. These are difficult times for justice and human rights, with battles over natural resources, climate change, rising inequality, increasing movement of people within and across borders, ongoing crises and armed conflicts and unlawful actions by governments in the name of presenting public order and national security. Africa can be better, South Africa can be better, let’s not settle for anything less than excellence.”

From 1998-2008 Kumi Naidoo was Secretary General of Civicus, an international alliance for citizen participation. Recently, he has led the Global Call for Climate Action, which brings together environmental, aid, religious and human rights groups, labour unions, scientists and others and has organised mass demonstrations around climate negotiations. He was a Visiting Fellow at the Carnegie UK Trust in 2009; an Advisory Council for the Women’s Learning Partnership; a Director of Food Trees for Africa; Director of Earth Rights for Africa; Chairperson of the Partnership for Transparency Fund; and served on the Advisory Board of the Philanthropic for Rural Equity; and many other positions.

His contribution to civil society has included the advocacy of both local and international issues pertaining to human rights for increased ambitions from governments to cap emissions and vigorously move towards an energy sector based on renewables meant to help humanity avoid catastrophic climate change.

Dr Naidoo was the fourth recipient of an honorary doctorate conferred by the University during this year’s Autumn graduation season, which started on Thursday, 14 March. Among those who will be conferred with Honorary Doctorates are: 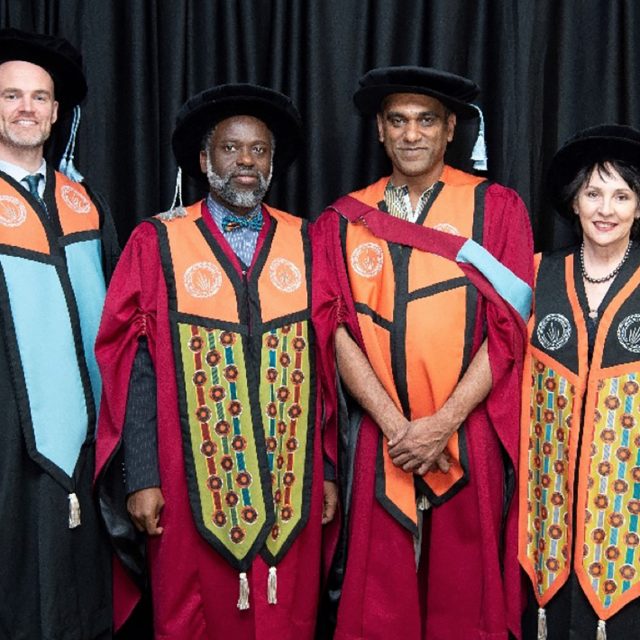