Dr Adeoye O. Akinola is the Head of Research and Teaching at the University of Johannesburg’s Institute for Pan-African Thought and Conversation.  He recently penned an opinion article that first appeared on IOL news on 17 April 2022.

Since the inauguration of Mr Hakainde Hichilema as Zambia’s president on August 12, 2021, he has refused to receive a salary.

The president, who has gone on a “salary strike”, has been leading the country for eight months without a salary. This was revealed by the country’s Ministry of Finance on April 3. He has also rejected different titles and would rather prefer to be known as “Mr President”, and not to be addressed as “His Excellency”.

For him, titles breed dictatorship and represent worship, and do not add any value to the urgent task of fixing Zambia, and its people. While one might want to attribute his attitude to his status as one of Zambia’s richest men, with business interests in several sectors such as finance, health care, ranching, property, and tourism, Africa has hosted many wealthier leaders who had drained their national treasuries.

“Mr President” (Hichilema) is not the only leader in the business of donating his salary to his nation. In 2020, President Cyril Ramaphosa, and members of his Cabinet promised a 33% pay cut for three months, in support of South Africa’s quest to combat the destructive Covid-19 pandemic.

While this is commendable, the recent proposal to increase the salary of the executive members at this critical period may be seen as a concern. This article is not aimed at praising or categorising Hichilema as the best-performing leader on the continent.

It is also not directed at rolling out the drums for celebrating his lofty achievements, but this is in recognition of his understanding of the rudiment of leadership and the enormous task of restoring Zambia to the path of glory. It is about the uncommon idiosyncrasy that he has brought into the highest office in Lusaka.

The desperation displayed by many African politicians to occupy the top position on their countries’ political ladder, and their quests for tenure elongations, may be attributed to the financial attractions associated with the office of a president.

Do we actually remember Mr Hichilema? He is the mere Zambian “cattle boy” who defeated the incumbent, President Edgar Lungu (after three attempts), by more than a million votes, in the bitterly contested presidential election in August 2021.

Indeed, it was Mr Hichilema’s sixth shot at the Zambian presidency. Upon losing the 2016 election to Edgar Lungu, he was accused of treason for reportedly failing to “vacate the road” for the smooth passage of the presidential motorcade.

He was remanded in jail till the charges were dismissed. The man from the United Party for National Development (UPND) garnered support from the youth, who jettisoned their political apathy and became participants, as they mobilised and voted for Hichilema in their quest for a change.

Indeed, 71% of registered voters turned up for the voting exercise. In the past decades, the Zambian economy, which had been very prosperous and boasted of very large reserves of copper and cobalt before things took a turn, became characterised by socio-economic inequalities and indebtedness ($18 billion in 2021), a rise in the cost of living as food inflation became 30% (the highest since 2001), corruption, weak currency, unemployment (11.4%), and crisis in the mining sector.

Has Zambia fared better under his leadership? Perhaps, it is too early to assess overall performances. In Africa, a change in leadership does not necessarily translate to a shift in policy direction or in the fortune of the electorates, as seen in Nigeria and Zimbabwe.

However, in the case of Zambia and under the #WeAreFixing#Zambia, the government has tried to localise the award of government contracts to people living in the area where the contracts would be executed.

This contrasted with many African leaders, with a penchant for awarding contracts to foreign companies, many of which have performed poorly in comparison to local industries. He has also increased the social spending of his government, provided free education in government-owned schools, supported the farming sector, and the growth of small businesses.

However, many of his critics are uncomfortable with his “romance” with the IMF, and the possible reliance on the institution to augment the rise in social spending and reduction of taxable income.

Indeed, President Hichilema declared that the “IMF has changed” and did not also hide his love for the global financial body during Zambia’s quest for a $1.4bn (R22bn) bailout loan from the IMF in January.

The president further acknowledged the conditions embedded in the IMF’s financial facility and believed that issues such as good governance, rule of law, accountability, and transparency, are what every responsive government should aspire to deliver.

While this is true, I hope “Mr President” is right about the transformation of the IMF. Time will tell. 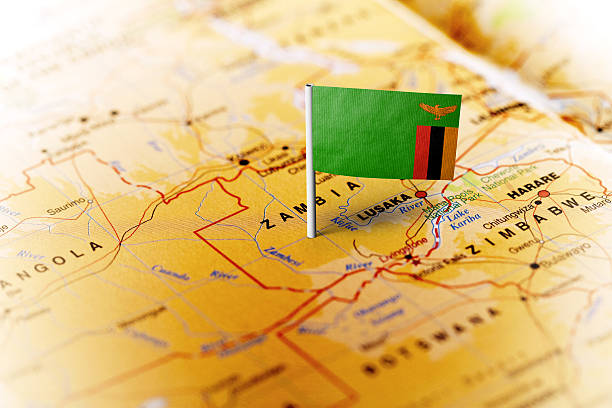