In the two-day Varsity Cricket tournament matches, the University of Johannesburg’s (UJ) senior men’s cricket team was tested to the limits, battling it out in the heatwave at the University of Pretoria (UP- Tuks) Stadium. This year, Varsity Sports combined three sporting codes (cricket, hockey and rugby) in one week to create a Varsity Sport Festival after the two-year COVID-19 hiatus.

In the second match against Stellenbosch University (Maties), UJ tried their best to  secure a win, but Maties proved too strong for the Orange Army as they won by 4 wickets in the last over of the match. The final score was 153/8 (20 overs) for UJ and 156/6 (19.1 overs) for Maties.

Daniel van der Merwe’s partnership with Khaya Fakude worked for UJ. Speaking on his first Varsity Cricket tournament experience, Fakude said, “My first time participating in this tournament was filled with many lessons. It was very tough as we are a young squad. To come here, display our talent, and compete with some of the best players in the country is indeed brave of us.

“I think we didn’t play to our expectations and to our true selves. Some of the lessons I took from the past two days are to stay calm, T20 has a lot of pressure. To manage this, we need to remain calm, stay awake, be aware of what is going on around us,” explained Khaya Fakude.

The second day of the tournament started with a 12-runs win against the University of the Western Cape (UWC). UJ dominated the game, winning with 164/6 (20 overs) while UWC ended with a final score of 152/8 (20 overs).

The UJ Head Coach and Manager, Siyabonga Sibiya’s team lost out on semi-final spot due to a run rate difference and played for 5th and 6th position with Nelson Mandela University (Madibaz) in the fourth and last match of the tournament.

“The team played all the four games with such determination although we did not win the majority of the games. I think in some games, we came so close to winning though some people would have written us off. Our fight shows that we have a special group of players that are willing to fight for each other on the pitch and represent our university with pride,” said Yosuf Ravat, the captain of the team.

Ravat says that the loss in concentration in the last moments of the matches cost the team, but echoes that the team learned from the tournament experience for future reference. Lucky Mofokeng, who has played in the Varsity Cricket tournament in the past, says it is important that players constantly keep sharpening their skills because each year the game evolves.

Not all is lost as the team will be playing in the upcoming Black Widow tournament. 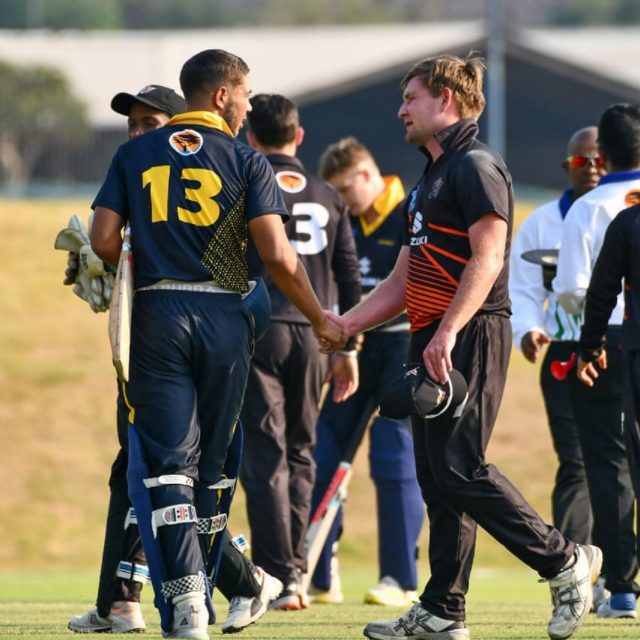