​The Technopreneurship Centre (TPC) within the School of Consumer Intelligence and Information Systems (SCiiS) at the College of Business Economics (CBE) hosted a Hackathon Challenge for UJ students in collaboration with the Pan African Information Communication Technology Association (PAICTA) on 28 November 2020.

This one-day virtual Hackathon Challenge was themed: Finding solutions through digital collaboration and 104 students participated in the Hackathon. The students were grouped into 13 groups and 2 mentors were allocated to each group, mentors were from CISCO, FNB, BMW, Iderto, HERE Technologies, Custodient Advisory Services, DFA, social enterprise, Geekculcha, and the research organisation, CSIR, UJ and NMU.

The Hackathon started with an opening address by the Vice Dean of Research Prof Kelvin Bwalya, followed by a round table discussion around the Agricultural sector by Prof Amon Taruvinga (University of Fort Hare) & Dr Zilalem Shibeshi (Rhodes University). Kick-off time was 8h00, and the ideation phase presentation to judges started at 10h30. After lunch, focus was placed on the solution design and development with the top 5 teams, who then presented their final solutions to judges and the top 3 winning teams were chosen.

On the judging panel, to analyse the innovations presented by the groups, was Mr Tiyani Nghonyamai, COO of Geekulcha; Dr Mpho Raborife, Senior Lecturer at the University of Johannesburg; Mr Gerald O’Sullivan, Solutions Architect and I.T. professional at IT Works; and Dr Naomi Isabirye, a PAICTA Advisory Board member and the Head of Information and Communication Technology at OPECS (PTY).

Congratulations to the winning team, Young Innovator’s Tech, which consisted of Daun Ramulongo (Business Management and Administration student), Saad Rahman (BSc Computer Science student), Lesego Legodi (BEng Electrical and Electronic Engineering student), Tshegofatso Motshwane (Bachelor of Education student) and Peter Maphalla (Bachelor of Education in Senior and FET Teaching student) who presented an interactive solution to the judging panel and displayed a vast understanding of the problem statement they were given in which they had to solve. The Young Innovator’s Tech won Lenovo Tab M7 Portable Tablet Computer pack courtesy of Software AG for each member and a Cybersecurity Essentials self-paced training program for each member of the team sponsored by Siyafunda CTC. The value of the first prize is worth R85 000.

The third prize was given to the Easy_Just which was led by Tinashe Makamure. They won Power banks for each team member from Software AG and an Intro to IoT course for each member from CISCO. The value of the third prize is worth R45 000.

Additional awards were given to 3 students who stood from the rest throughout the Hackathon. Charity Ruvurashe Chichichi, a BSc in Information Technology in Computer Science and Informatics student was awarded the title of the Best Female Hacker for originality in thinking. The Rising Star award was awarded to Tinashe Makamure, a BEng Electrical and Electronic Engineering Science student. Yoosuf Haffejee, a BSC Computer Science and Informatics student, won the Best GeekHack Star for demonstrating creativity and innovativeness in answering the questions of the judging panel. All students that participated in the Hackathon were awarded with free training courses from the CISCO Networking Academy.

“This is the first ever Hackathon with its own diversity of bringing UJ students from all the UJ faculties and various industry experts together under one virtual roof to address challenges faced by Agricultural sector. The students of Africa have displayed high levels of potential in addressing societal issues. The success of this Hackathon is a demonstration of the power of digital collaboration, and more importantly, the amazing potential that we have in the country and Africa at large. These young people have proved that they are ready to disrupt the marketplace. I thank all those who made this Hackathon a success, Africa is rich with many talents,” said Mr Ronny Mabokela, Head of the Technopreneurship Centre. 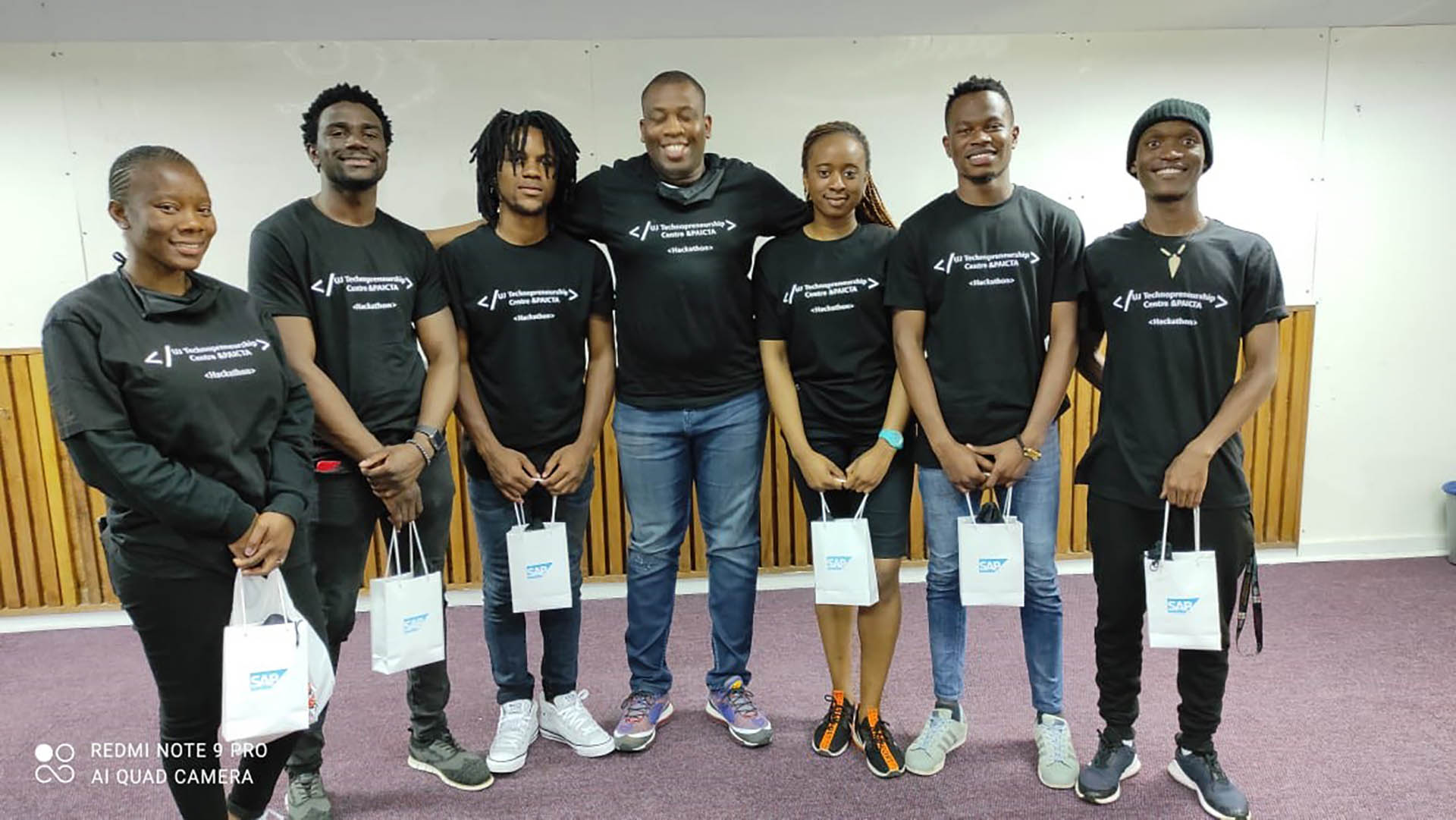 Mr. Ronny Mabokela (HOC): Giving some of the participants the goodie bags from SAP

Mr Sonwabo Mdwaba, President of PAICTA shared in the optimism and praised the high level of entrepreneurial spirit.

“Based on the calibre of thinking, professionalism and the determination we have seen in this Hackathon by all the teams, I think we can safely say Africa you are in good hands. We are extremely encouraged by the hard work that the youth have put in the solution development. We are going to keep the details of all the students who participated on our database for consideration for entrepreneurial development. We will prepare them to enter an idea for a competition early next year, where the winners will have an opportunity to present their idea or prototype to potential investors”. 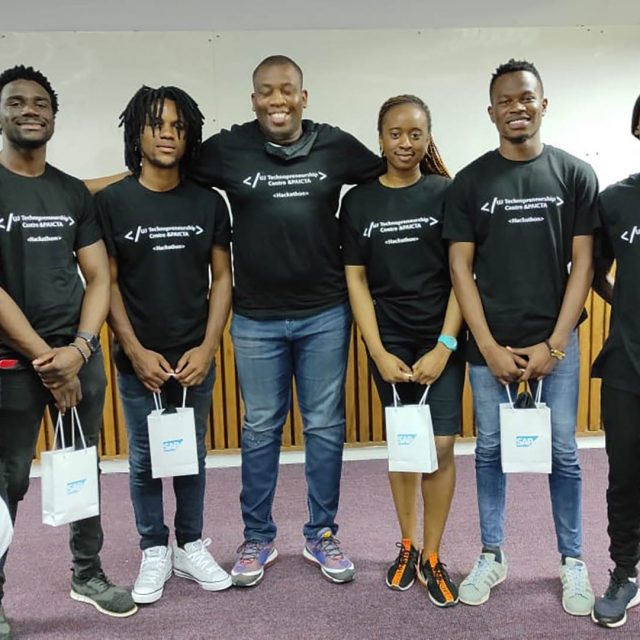