‘Guns central to myth of the US being a tough, frontier nation’

The US has had a horrifying run of gun violence. Three days ago, a factory worker opened fire on his co-workers at a manufacturing facility in northern Maryland, killing at least three people and wounding others following a shoot-out with police.

Last month, a young white supremacist killed 10 black Americans at a grocery store with an AR 15, and in a separate incident, a young Hispanic man killed 19 elementary pupils and two teachers with the same military-grade weapon.

The gun is designed so that its bullets tumble through soft tissue. It blew the children into pieces; their parents had to have their DNA tested so they could pick up what remained of their kids. These were the most recent high-profile shootings; in between and afterwards, there are mass shootings on street corners, and at medical complexes.

Everywhere. Anywhere. Bullet-proof backpacks for school-age children (complete with the American flag) are sold out. In 2020, 45000 Americans died by gunshot. For the sociologically inclined, any American has about one chance in 10 000 to join the statistics.

The Center for Disease Control notes that death by gunshot is the leading cause of mortality among youths aged 15 to 24. There are more suicides than murders, as guns are 30 times more effective than other means. Lest you think Americans are not horrified by these incidents, most are.

According to a recent poll, 70% want to “harden the rules, not harden the schools”, as George Takei observed. Older voters can recall when assault weapons were banned (from 1994 to 2004) and mass shootings were considerably rarer.

Gun control advocates observe that other countries with similarly high rates of gun ownership (like Switzerland) have vastly lower rates of gun deaths because they require training and background checks to purchase a gun.

To paraphrase the rapper Gil Scott Heron, Americans want to live in a normal, European-style democracy (they want to be Bob Dylan); but of course, many also think of themselves as Matt Dillon, the square-jawed sheriff on the TV series Gunsmoke.

That same poll revealed that a near-majority of Republicans believed that mass shootings were simply part of the price of freedom. Because Republicans control many state legislatures, there has been a flurry of proposals from them to limit the number of doors in schools (which runs afoul of fire codes and common sense).

They also propose arming teachers who, last week, they were accusing of grooming learners for paedophilia. I wish I was making that up. Guns, and especially the AR15, are central to the political identity of Republicans. It is unremarkable that GOP politicians include shooting handguns or assault weapons in their campaign ads.

Many Christmas cards show the family, including kids of all ages, displaying assault weapons as their twist on the season’s greetings. These weapons are also extremely popular with right-wing militias, such as those that attempted a Republican autogolpe (coup) on January 6 last year.

One House Republican member from New York indicated that he was ready to support “common-sense gun control” (like keeping suspected terrorists and the mentally ill from owning weapons). After a week of hearing from his constituents, he is resigning.

American carnage is a political choice that has been decades in the making. One piece are the extremists in the National Rifle Association, who have argued (increasingly successfully) that the Second Amendment of the US Constitution prohibits any regulation of guns.

They have found a receptive audience in the Republican Party and their judges in the federal court. Historically, advocates of guns have intensity; gun control advocates are considerably less so. The other aspect of gun violence is cultural, in the deep myths that white America has of itself and its history.

One of the most acute observers of American culture was James Baldwin, the black and gay writer from the 1960s. He observed: “There is an illusion about America, a myth about America to which we are clinging which has nothing to do with the lives we lead, and I don’t believe that anybody in this country who has really thought about it, or really almost anybody who has been brought up against it – and almost all of us have, one way or another – this collision between one’s image of oneself and what one is, is always very painful and there are two things you can do about it.

You can meet the collision head-on and try and become what you really are, or you can retreat and try to remain what you thought you were, which is a fantasy, in which you will certainly perish.”

Guns have always been central to white Americans’ myth of themselves as a tough, frontier nation, subduing slave revolts, Indian nations and Mexicans along the way. That is the history of resolute, strong white men (like Matt Dillon) that have led Americans to own around 20 million assault weapons.

Events in Uvalde revealed that ethos to be (in the Texas phrase) “all hat, no cattle”. The tough-looking white guys in white hats with guns just stood around, too scared to take down a lone gunman.

Nineteen police with body armour and guns, bolstered by federal marshals, waited 75 minutes to enter the school and subdue the shooter.

Instead, they engaged in crowd control of Hispanic parents urging them to do something. Our contrast in profiles in courage is Angeli Rose Gomez.

She heard about the shooting at work, in the fields outside of town. The farmworker covered the 60km to the school in 25 minutes and, after challenging marshals as to their inaction, was put in handcuffs. A cop convinced them she was a parent and they let her go, at which point she leapt the fence to get her two boys. While the shooter was firing, she got one son, and then the other. When she spoke to the media, she cried that some of the kids inside would have lived if the police had entered the school (as their training required them to do). She was threatened with having violated her probation, and might be jailed and lose her kids.

The police have been caught in so many lies about their cowardly inaction that they have stopped talking to the media “until the parents stop grieving”.

So, never then. So much for the myth that “the solution to a bad guy with a gun is a good guy with a gun”. It may be that this time is different. David Hogg is a survivor of the Parkland shooting and the leader of the group March For Our Lives. David Hogg observed that normally when he protests in Texas, forty men with AR15s counterprotest.

The last time, when he and his group visited Texas in another fruitless effort to meet with GOP lawmakers, no tough guys were to be found.

* Monyae is an Associate Professor of International Relations and Political Science and Director for the Centre for Africa – China Studies at the University of Johannesburg.

** Hinshaw is a Full Professor of History, Politics and Global Affairs at Lebanon Valley College in Annville, Pennsylvania in USA. 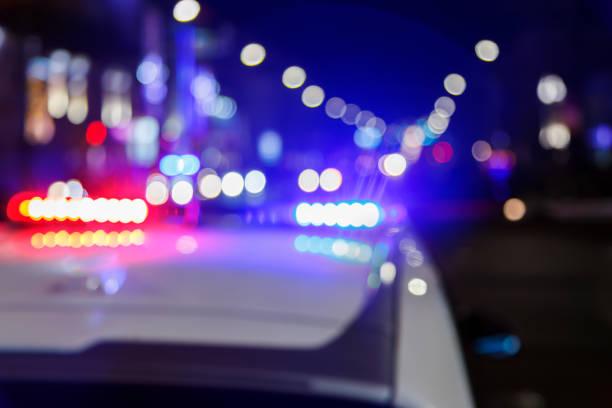