​​​​​A host of young and seasoned mathematicians from various African universities united at UJ’s Madibeng Building in June to bid farewell to exiting Department of Pure and Applied Mathematics Head, Prof Betsie Jonck.

Graph Theory Day 2016 was commemorated in the form of a conference honouring Prof Jonck who was initially Deputy Head of Department for three years before spending a full decade as Head.

Described as “cheerful, accessible and always professional” by former and current colleagues, Prof Jonck was congratulated for her new maths headship at Wits in July.

Prof Jonck reflected in a productive tenure at UJ, adding that it was not a challenge heading the department because her colleagues were always proactive and supportive.

“We felt that holding a conference was the traditional way to bid farewell to an outstanding HoD,” said UJ’s Prof Peter Dankelmann whose co-conference organiser was the prolific graph theorist, Prof Izak Broere from the University of Pretoria’s Mathematics and Applied Mathematics Department.

The conference included nine topical specialist presentations in the area of graph theory which is a branch of mathematics and Prof Jonck’s prolific expertise. The topics ranged from Total Domination in Quadrilateral Free Graphs with Minimum Degree Four by UJ’s Professor Mike Hennings, to k-defect polynomials vs chromatic polynomials by Associate Professor, Eunice Mphako-Banda from Wits and a stimulating presentation on Mathematics and Corruption: From theory to practice by Prof Simon Mukwembi – a University of KwaZulu-Natal 2013 Distinguished Teacher awardee. 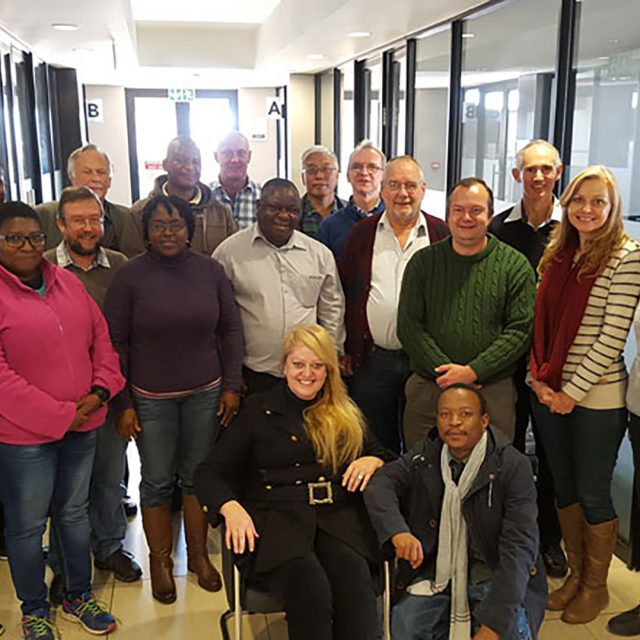