Globalisation and the end of a single orthodoxy

Wilfred Isioma Ukpere, a Professor in the Department of Industrial Psychology and People Management at the the University of Johannesburg (UJ), will deliver his inaugural address with the theme Globalisation and the end of a single orthodoxy, in the Council Chambers, Madibeng Building, Auckland Park Kingsway Campus on Tuesday, 16 July 2013 at 17:30.
​
Professor Ukpere holds a doctoral degree in Human Resources Management from the Cape Peninsula University of Technology (CPUT), a master’s degree in Commerce from Punjabi University in Patiala, India and another master’s degree in Business Administration from Jiwaji University in Gwalior, India. He has published extensively in a number of accredited local and international journals.
Prof Ukpere’s work has not only increased the visibility of the University, South Africa and Africa on the global map of research, but has also contributes a strong theoretical approach that focuses on the impact of capitalism in the post-cold-war area, notably in the context of emerging economies.
​​​​​​​
He demonstrates an ability to secure vital partnerships with local and international research collaborators, particularly in India and Northern Africa. He serves on the Research Committee of the Human Resources Research Initiative of SA’s Board of People Practices. He also acts as an external examiner for postgraduates and as external moderator for several universities. Prof Ukpere’s name has appeared in the Marquis Who’s Who in the World in 2010 in recognition of his achievements, and has also been selected to appear in it in 2014.
Prof Ukpere has been a visiting academic to several international institutions such as Punjabi University in Patiala, India, Spiru Haret University in Romania, the University of Cologne in Germany, the University of Port Harcourt, the University of Benin, the University of Lagos and Covenant University in Ota.
He served as a scientific reviewer for several academic journals and international conferences and is an Editorial Advisory Board member for several academic journals, including the International Journal of Social Economics (Emerald Insight) and the Journal Communication (Kamla Raj). He is the Chief Editor of the Journal of Management and Technology, Editor-in-Chief of the African Journal of Business Management, and currently, the co-editor of the South African Journal of Human Resources Management.
Professor Ukpere has also successfully supervised four Master’s studies and co-supervised a doctoral candidate.
Abstract of the inaugural address by Prof Ukpere
The end of the bipolar world heralded a single capitalist economic system, known as globalisation, which was postulated to solve the problems of humankind on a global scale. Initially, this distinctive economic system although confusing and polarising, was greatly celebrated and accepted by many individuals and nations. However, soon after the euphoria that was associated with the triumph of capitalism, several problems emerged, as the perceived triumph of a single orthodoxy seems to have demoted growth of global prosperity. For example, almost half of the more than 6 billion people in the world are poor; 8 million people die each year because they are too poor to stay alive, while 1 billion lives are in danger because they lack food in a world of abundance. The disparity between the global rich and poor continue to expand. By the late 1990s, the richest 20 per cent of the world’s population enjoyed 86 per cent of the world’s GDP, while the poorest 20 per cent own a mere one per cent. The annual income of the world’s 100 richest individuals is estimated to be sufficient to end global poverty more than four times. A total of 80% of the global populace live on less than $10 per day. Five per cent of global income is generated by the poorest 40% of the world’s population; while the wealthiest 20% of the population generates 75% of world income.
The income of the wealthiest tenth of the world’s households is more than eighty times the purchasing power of that of the poorest tenth. This disparity has been exacerbated by growing unemployment and poverty across the globe. Since 2000, European countries have witnessed a massive increase in unemployment. The situation is acute in Africa, where there are many problems. It is ironic that Africa has one of the world’s richest concentrations of minerals and precious metals, yet some 300 million of its people live on less than one dollar per day. It seems that a casino economy of speculation has failed humankind. Indeed, current failure of a single global capitalist economic system to address the wider problems of humankind such as unemployment, inequality, oppression, poverty, food shortages and economic crises, will resurrect the question regarding whether the current economic logic is still viable. Hence, based on the current deplorable social and economic situation, it would be erroneous to claim that all aspects of socialism is dead and buried, because to bury socialism in its entirety, would mean to bury unionism; to bury socialism would be to bury industrial democracy and economic empowerment; to bury socialism would be to bury government regulation and interventions; to bury socialism would be to bury harmonious industrial relations; to bury socialism would, in fact, mean to bury all alternatives to the present world of exploitation, poverty, inequality, squalor, disease, unnecessary deaths and hopelessness.
It is true that socialism has failed; however, capitalism has failed woefully. Hence, the only hope that is left is a renaissance of positive aspects of socialism in order to resuscitate capitalism. Therefore, a complementary and comprehensive ideological order is urgently required within the current global crisis, because it is only determined government action that can limit the worst effects of the current global economic meltdown. The state cannot continue to be a passive onlooker of economic mismanagement and industrial cacophony because humans, in search of peace and progress, have surrendered their sovereign identity to the state. The state is indeed a fine product of human civilisation, and should be the authoritative supreme power- the actual sovereign, which should formulate and execute the will of the people, while stimulating private initiatives towards the full actualisation of capisocism. This will ensure an end to a single orthodoxy, namely capitalist globalism.​​ 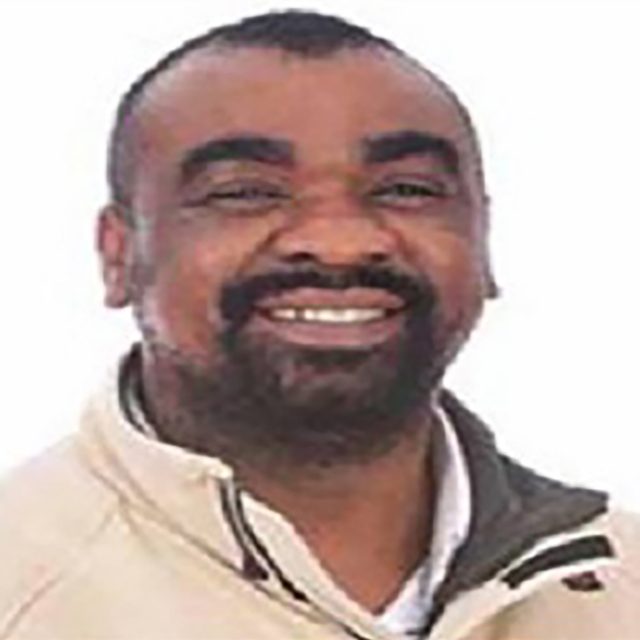