Global cooperation, and not Covid colonialism, is the only way to end the pandemic

Prof Tshilidzi Marwala is the Vice-Chancellor and Principal of the University of Johannesburg, a member of the Namibia 4IR task Force and the author of ‘Leadership Lessons From the Books I Have Read’. He is on Twitter at @txm1971. He recently penned an opinion article that first appeared in the Daily Maverick: 06 December 2021.

Vilifying those that report incidences of the pandemic serves no purpose except to discourage openness, which is detrimental to society.

As the word Omicron entered our lexicon at the end of November, an eerie yet familiar feeling crept over me. I knew that this would mark another turning point in the pandemic and that, in all likelihood, South Africa would once again be put through the wringer. After frenzied headlines unfolded following the new virus strain being reported to the World Health Organization (WHO), Omicron soon became known as the South African variant.

A knee-jerk travel ban by the UK was followed by similar impositions by more than 50 governments, which placed restrictions on visitors from South Africa and seven other African countries.

This vilification of entire nations is all too familiar. Vilifying those that report incidences of the pandemic serves no purpose except to discourage openness, which is detrimental to society. The last two years of the pandemic have indeed demonstrated the danger of such a move. Termed the “Chinese virus” in March 2020 by the then president of the US, Donald Trump, it has become evident that ethnicising and racialising the pandemic is a threat in itself.

Last year, in the week that followed Trump’s tweet about “the Chinese virus,” the number of coronavirus-related tweets with anti-Asian hashtags rose significantly. Trump’s tweet read, “The United States will be powerful, supporting those industries, like Airlines and others, that are particularly affected by the Chinese Virus. We will be stronger than ever before!”

As attacks on Asians unfolded, it was apparent how loaded the term was and just how dangerous the phenomenon of attributing the pandemic to a single nation and, by proxy, an entire ethnic group could be.

Commenting on the UCSF study, Yulin Hswen, an assistant professor of epidemiology and biostatistics at UCSF, warned that, “Using racial terms associated with a disease can result in the perpetuation of further stigmatisation of racial groups… Chinese virus, China virus, Wuhan virus, or any derivative of these terms is not something we should be using. We should not be attaching location or ethnicity to diseases.”

We are once again seeing how devastating this phenomenon can be. In the past few weeks, South Africa and surrounding countries have been slapped with premature travel bans in what can be termed colonial attitudes.

We are not the only country or continent with this iteration of the virus. It has emerged that the variant was circulating in the Netherlands before it was identified in South Africa. The continent’s experience with epidemics such as HIV and Ebola has positioned us well to be at the forefront of scientific research. This strain of Covid-19 has erroneously been called the South Africa variant, not because it emerged here but because our scientists identified a differing genome profile.

As Dr Ayoade Olatunbosun-Alakija, the co-chair of the African Union’s Africa Vaccine Delivery Alliance, astutely asserted in a piece for The Guardian, “It does not have to be like this. African countries, which have decades of experience of fighting Ebola, HIV/Aids and polio successfully, are using their technology and know-how to monitor the virus. But instead of being called on to contribute to tracking its spread, our continent has been rewarded with exclusion and red-listing — an insult added to our injury.”

Once again labelled as pariahs, the impact of the travel bans are a blow to a continent already struggling. It is reminiscent of labels such as “the hopeless continent” and “the dark continent” and the parallels to our grim colonial history are difficult to ignore.

As UN Secretary-General António Guterres pointed out in a recent press briefing, “What’s unacceptable is to have one part of the world — one of the most vulnerable parts of the world economy — condemned to a lockout when they were the ones that revealed the existence of a new variant that, by the way, already existed in other parts of the world, including in Europe, as we know.”

This, of course, is not an isolated instance of Covid-19 colonialism, as some have termed it. It has also been apparent in the distribution of vaccines. Despite Africa being at the forefront of research and clinical trials, by the first week of December, just 6% of Africa’s 1.2 billion people had received two doses of the vaccine. In October, the WHO said less than 10% of the 54 countries in Africa were on course to hit the target of vaccinating 40% of their population by the end of 2021.

While the emergence of new strains of Covid-19 has been attributed to vaccine hesitancy, we cannot ignore the grim reality of vaccine apartheid. The US, for instance, which is considered one of the most vaccine-hesitant countries in the world, has just under 60% full vaccination coverage.

Solutions from within the continent have also been largely ignored. For example, vaccine manufacturers have resisted calls to open up the manufacturing of vaccines to increase vaccination rates. Last year, at the World Trade Organization (WTO), India and South Africa proposed a temporary waiver of intellectual property (IP) rights for Covid-19 vaccines and treatments. A waiver would require agreement from all 164 WTO members, yet the European Union has fiercely opposed this.

The reluctance of the Global North to waiver IP rights is quite telling of the attitude towards the Global South. There is a lack of urgency to relook at patents despite the potential to increase the availability of vaccines to developing countries.

The figures are alarming, yet this discrimination continues unabated. Without vaccine equity, we will continue to see new variants crop up, and the end of the pandemic will continue to elude us. As President Cyril Ramaphosa put it, “The emergence of the Omicron variant should be a wake-up call to the world that vaccine inequality cannot be allowed to continue. Until everyone is vaccinated, everyone will be at risk.”

An initial step is viewing this pandemic for what it is — a global threat. We cannot work in silos that create divisions if we are ever to emerge from this Covid-19 haze. Combating racialised rhetoric, attaching locations and ethnicities to the virus and knee-jerk responses to the Global South are but a step in the right direction. The fight ahead of us, however, is still long and gruelling. We have to end this pandemic, which will not be achieved without all nations cooperating. 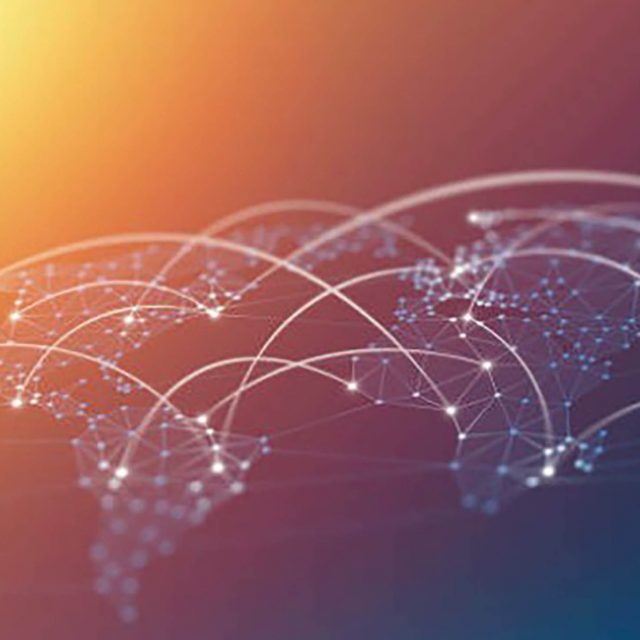 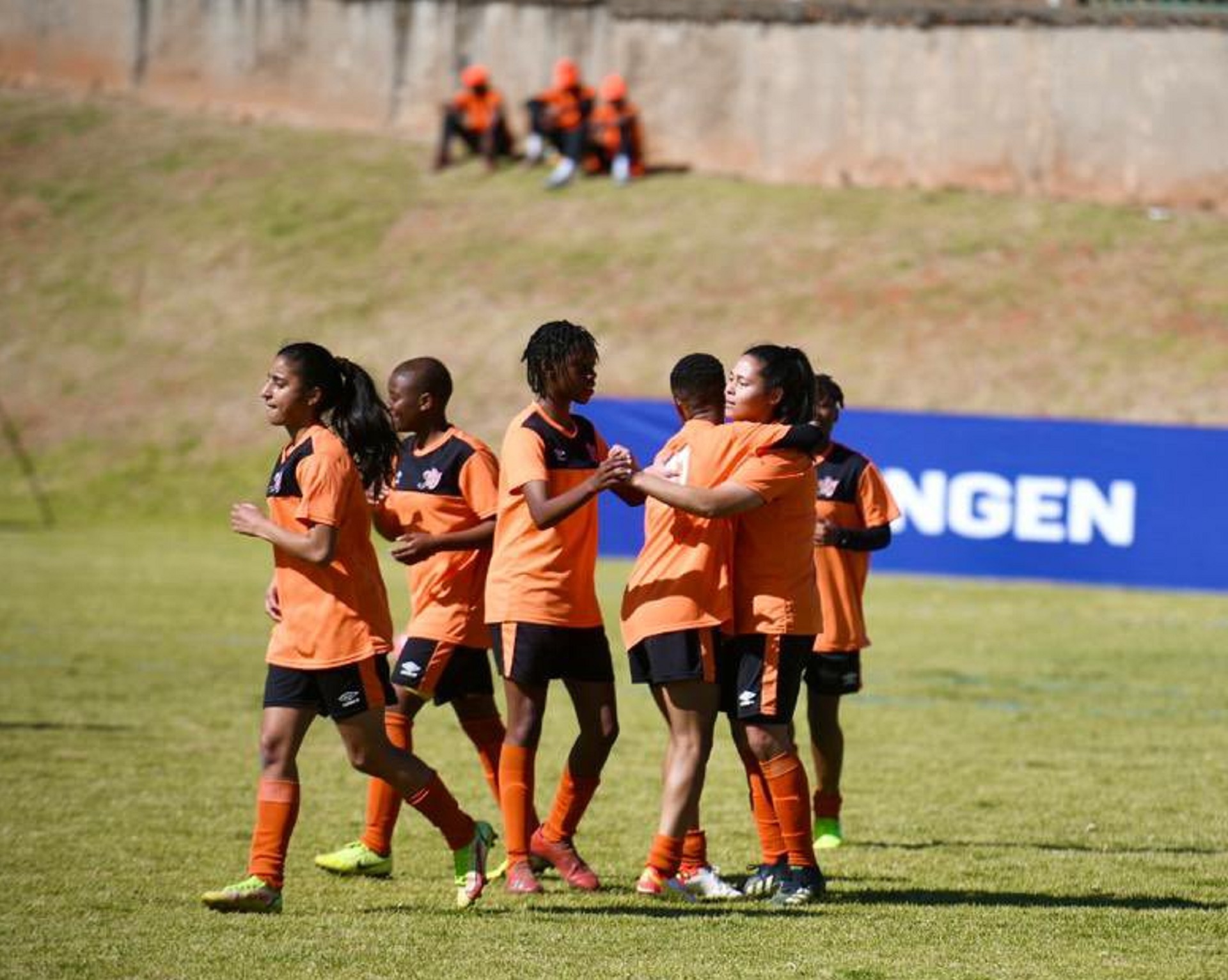 The women’s development team of the University of Johannesburg (UJ)