Prof Bruce Cairncross continues to put geology research on the global map. He was invited to contribute a chapter in the book featuring 44 of the continent’s most spectacular and interesting ‘geosites’, African Treasures – Gemstones and Minerals of Africa (2016), in addition to his recent co-authorship of Microminerals of the Bushveld Complex (2016) which identified 35 South African mineral species.

Prof Cairncross also co-authored The Kalahari Manganese Field – the Adventure Continues (2013) with UJ NRF A-rated scientist, Prof Nic Beukes, which he signed at the Munchen Mineralientage (Munich Mineral Show) that took place in Germany in October 2016. The well-known mineral dealer Ian Bruce of “Crystal Classics” (standing) bought a large consignment of the books and sold them during the Munich Show. 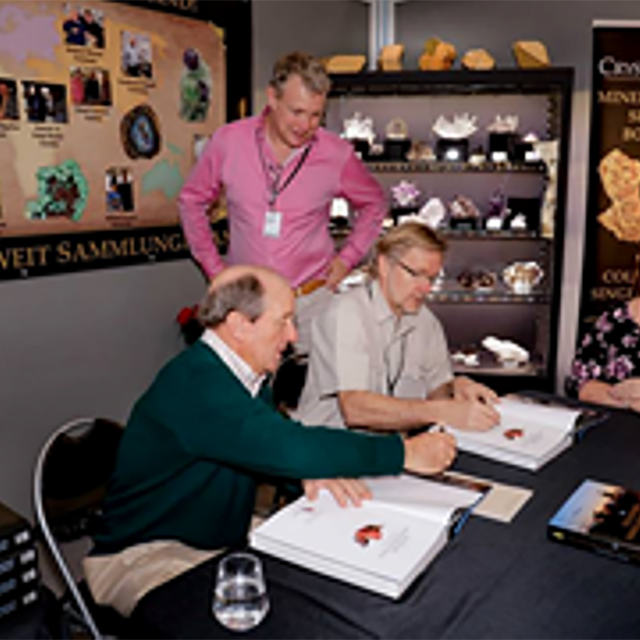