Prof Tshilidzi Marwala is the Vice-Chancellor and Principal of the University of Johannesburg, a member of the Namibia 4IR Task Force and the author of ‘Leadership Lessons From the Books I Have Read’. He is on Twitter at @txm1971. He recently penned an opinion article that first appeared in the Daily Maverick: 2 February 2022.

Such a move does not entail dismissing the realities of women but instead acknowledging that we have to transform patriarchal gender norms and power inequalities across all levels of society.

“Culture does not make people. People make culture. If it is true that the full humanity of women is not our culture, then we can and must make it our culture” — Chimamanda Ngozi Adichie, We Should All be Feminists.

Last week, I welcomed the incoming Chancellor of the University of Johannesburg (UJ), Dr Phumzile Mlambo-Ngcuka. The incoming chancellor was the deputy president of South Africa and recently served as the under-secretary-general of the United Nations (UN) and the executive director of UN Women. She is a global gender activist.

The UN Declaration of Human Rights stipulates that “all human beings are born free and equal in dignity and rights.” The rights and social, economic and political freedom of women are imperatives that no progressive society can afford to violate. Yet, this is not our reality.

Thomas Paine said in Rights of Man, “the world is my country, all mankind are my brethren, and to do good is my religion.” An argument can be made that if we make good deeds our religion, then the scourges that afflict women, such as gender-based violence (GBV), rape, and economic marginalisation can be eliminated.

The UN Sustainable Development Goal (SDG) 5 seeks to address the historical injustice of gender inequality. The world we live in is fundamentally skewed across many lines, including gender. The call for gender equality is for equal rights and opportunities across various spheres.

As the former Secretary-General of the UN Kofi Annan once said, “gender equality is more than a goal in itself. It is a precondition for meeting the challenge of reducing poverty, promoting sustainable development and building good governance.” Though we are in an age where women are continuously breaking barriers and challenging conventional stereotypes, there are still lingering disparities.

Gender equality is about economic inclusion. Women constitute more than 50% of the global population. It is thus imperative that gender equality results in economic equality because no nation can economically afford to leave over 50% of the population from economic production. In an International Monetary Fund working paper, Ata Can Bertay, Ljubica Dordevic and Can Sever found that higher gender equality promotes faster economic growth and other economic outcomes.

Gender equality is about creating a better society. Studies have shown that women have a disproportionate influence on children and youth. According to a study by Statistics South Africa, 21% of children under the age of 17 are not raised by their parents. They are often raised by their grandparents, especially their grandmothers.

Furthermore, more than half of South African children are raised by single mothers, increasing the rate of poverty. This poverty is exacerbated by the fact that women raising the majority of households in our country are economically excluded. Gender equality is essential to mitigate this man-made poverty.

Compounding this fact is the strong link in South Africa between race, gender and class, where African women are more likely to find themselves in a single household than any other group. At UJ, we have established the Centre of Race, Gender and Class to specifically study this phenomenon to mitigate and create a much more just society.

Gender equality is about defeating GBV. According to the World Health Organization (WHO), 33% of women have experienced physical or sexual violence. The Covid-19 pandemic has significantly exacerbated this. This often results in femicide, and the rate of femicide in South Africa is five times higher than the global average. What then is to be done to stop this scourge?

We have to actively promote an attitude of zero tolerance. This means that we should identify GBV and report it, and our criminal justice system must take appropriate actions to punish the perpetrators. It means we should create safe spaces to prevent perpetrators and their associates from putting pressure on the victims to drop GBV cases. It means we should create victim protection infrastructure to prevent victims and perpetrators from sharing the same spaces leading to double victimhood.

Gender equality involves changing our patriarchal culture. The culture of making girls do household chores while boys play is a genesis of gender discrimination. It has often been said that patriarchy starts in our homes and metamorphosises into all aspects of our society. It is these patriarchal attitudes, which manifest through biases and microaggressions, that lead to GBV.

For example, it is reported that during the Covid-19 pandemic, teen pregnancy in Gauteng jumped by more than 60% leading to more than 23,000 teenagers falling pregnant. Often, teen pregnancies in South Africa involve adults, which constitutes statutory rape. Commonly, these men are teachers and therefore violate their duty to educate and not harm these children. Even though statutory rape is a crime, virtually no one is prosecuted for it. Consequently, we must sharpen our criminal justice system to prosecute statutory rape.

We cannot achieve gender equality unless we deal with the politics of this scourge. Firstly, political leaders and any societal leader must be role models for gender equality. It is disconcerting to learn of politicians who are perpetrators of gender violence. A few years ago, a senior politician in Mpumalanga was accused of raping his own daughter, and the consequences of this alleged crime were less than what would serve as a deterrent.

The bad example set by politicians regarding gender equality is not limited to South African politicians. For example, in India, politician Ramesh Kumar stated in the state assembly that victims of rape should “enjoy rape when it is inevitable”. The price this politician paid for this was an apology. It is now an opportune time to make GBV and its incitement a crime.

The fight for gender equality is also about technology. Fourth Industrial Revolution (4IR) technologies are doing a great deal of harm towards women. For example, artificial intelligence (AI) bias has been found to put women’s lives at risk. An example of this is male dummies used to collect crash simulation data. Because of this gender bias, the designs that come out of these simulations protect men but put women’s lives at risk.

Caroline Criado Pérez’s work titled Invisible Women is an intriguing insight into how data contains various biases against women. As she argues, “the result of this deeply male-dominated culture is that the male experience, the male perspective, has come to be seen as universal, while the female experience — that of half the global population, after all — is seen as, well, niche.”

Another example is the Amazon AI recruitment tool that was scrapped because it discriminated against women. How do we deal with the issue of technological bias against women? There has to be fair representation of women at all levels in technology companies.

For example, a report on Silicon Valley found that men own 91% of founder and employee equity. Another damning statistic is that none of the chief executive officers of the six biggest companies in Silicon Valley (Apple, Microsoft, Alphabet (Google), Amazon, Tesla or Meta (Facebook)) are women.

Given this context, what steps can we take towards gender equality?

Firstly, we need to address institutional diversity through fair and accurate representation in all sectors of our society. When discussing gender equality, perhaps the greatest call to action is reframing masculinity. This does not entail dismissing the realities of women but instead acknowledging that we have to transform patriarchal gender norms and power inequalities across all levels of society.

Secondly, gender equality should be emphasised in all aspects of our education. For example, in South Africa, women have lower digital literacy and less access to digital technologies than men. Elsewhere, research from the Organisation for Economic Cooperation and Development (OECD) shows that despite statistics indicating more tertiary graduates are women than men, women still do not fare well on digital skills. We should put women at the forefront when reframing our education systems.

Thirdly, we should build institutions that solely focus on gender equality to push transformation actively.

In his book, Women’s Liberation and African Freedom’s Struggle, Thomas Sankara puts forward a powerful thesis that the centrality of women, especially in leadership, is crucial to liberate any nation’s productive forces. Accordingly, Sankara said, “There is no true social revolution without the liberation of women.” 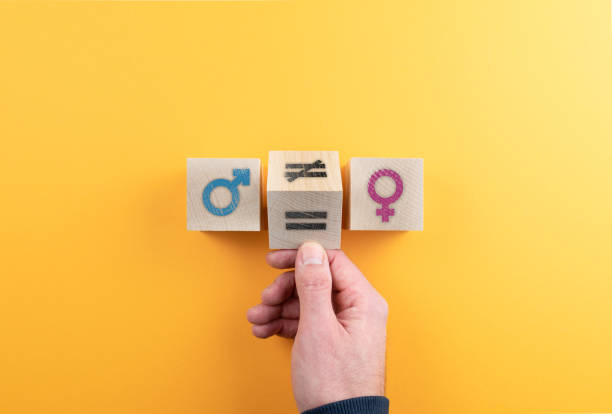