The 22-year-old University of Johannesburg (UJ) graduate from Hammanskraal – a semi-rural area just on the outskirts of Pretoria – was able to reach her goal of obtaining her degree while dealing with her challenges and circumstances, and not letting the obstacles deter her.

Mothoa’s mother was also a great support for her thr​oughout her studies at UJ. Unfortunately, because her mother fell on hard times when her new small business was not doing well enough to support them sufficiently, they began to experience financial woes when the young student was in her third year of study – just on the doorstep of success in completing her degree.​

The Humanities​ graduate had never imagined she would be one of the students on the receiving end of notices for unpaid fees, but she was. Deregistration now seemed more like a reality. Despite the financial scares, Mothoa decided to contact the University’s Finance office to explain her financial situation.

“Fortunately, the University was able to reach an agreement with us where my mother was allowed to pay 30-40% of my fees – an amount which she could afford. And so I was able to complete my degree,” Mothoa says.

The money troubles gave the young student a scare and she subsequently suffered a panic attack. While it seemed more like her gateway to a better future was shutting down before her eyes, her doctor informed her she needed to eliminate the stress by finding activities to distract her.

Nevertheless, despite the attack she was still able to excel in her studies, passing with distinctions in her subjects. “My mother was pleasantly surprised that I had even done well, because she didn’t think I would pull through after that incident,” she recalls.

“Giving up is never an option for me,” says Mothoa, who is doing her Honours in Humanities at UJ. She is working towards becoming an Ambassador of International Relations and hopes to find employment in the Policy Division of Legislature in Parliament. 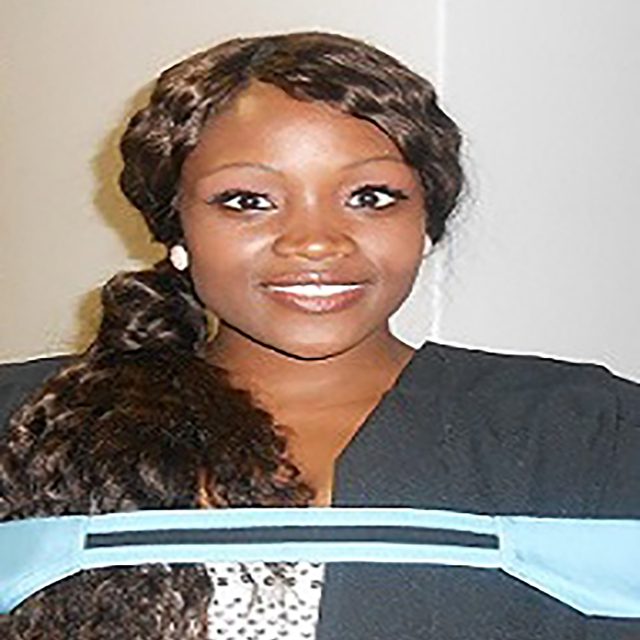