The Foundation looks for distinct personal characteristics in people who apply for the scholarships in order to develop leadership capacity across the African continent. Among these are: “If you believe you have within you the moral force of character and instinct to lead; and understand that leadership is more than personal ambition, it is also service, requiring the will and capacity to inspire and develop fellow human beings to their own excellence. Aspire to this if you believe that hard work is essential, and you esteem the performance of public duties to be among the noblest of aims,” according to the Foundation’s website.

During their scholarships the four will participate in customised leadership development programmes. The 2016 Scholars were announced on 4 December 2015.

The four UJ Mandela Rhodes scholars share their motivation to study further below.

“In Africa, Biomedical Technology is still an emerging medical discipline. Adequate investments in the discipline can make a huge difference in the health of people affected by acute or chronic ailments, and equally so, play a very significant role in preventative medicine,” says Mr. Simon Batamya Aseno.​

“The Mandela Rhodes scholarship makes it possible for me to continue my studies in Biomedical Technology – without which my dreams would have been shattered – at the University of Johannesburg. The Foundation’s leadership development training will enable me to engage much more effectively in addressing Africa’s leadership deficit especially in relation to healthcare,” says Mr. Aseno.​​ ​“It was in high school during biology practical sessions and my later visit to a district hospital laboratory during holidays, that I first became fascinated with medical science investigation and research, that I decided I wanted to study Biomedical Technology.
​I hope that many young people in Africa will develop an interest in pursuing Biomedical Technology as it opens endless opportunities after graduation. Also, I hope that African leaders and policy makers will recognize that the discipline as key in improving healthcare on the continent and step up funding for biomedical education and research,” he says.

He completed a Bachelor of Technology degree at UJ in 2015. Before that, he gained his National Diploma in Medical Laboratory Technology at the Rural Health Training School (now the College of Health and Wellbeing), having completed grade 12 at Tamale Senior High School in Ghana.

“To do community work aimed at bringing about change in the lives of the South African population is incredibly important to me. Clinical Psychology can make a huge difference in mental health, treating mental pathologies and conducting relevant research particularly in the rural areas, where these lack,” says Ms Blessing Masuku.​

She completed her BA Psychology degree in 2014 and her Honours in Psychology in 2015 at UJ. Before that, she gained a Terceiro certificate in Brazil at Colegio Augusto, having completed Grade 12 at Carleton Jones High School.

“I decided I wanted to do Clinical Psychology when I lived, studied and volunteered as an exchange student in Brazil. I began to read about the complex net of social, political and economic stresses that have an adverse effect on mental health in South Africa; and my passion for Clinical Psychology continues to grow.”

“In South Africa, politics of reconciliation and nation building are challenged by growing demons of inequality, poverty and unemployment. Politicians across the political divide face an uphill battle to convince the nation at large that the aspirations of 1994 are not a utopian ideal but rather can and will be a reality in our lifetime,” says Mr Musa Mdunge.​

“The Mandela Rhodes Scholarship makes it possible for me to pursue my Master’s in Politics, while benefiting from their leadership programme, in which I will equip myself with skills and knowledge that will help me make a meaningful contribution not only for South Africa and but the rest of African continent at large. It will also allow me to engage with other like-minded African young leaders who seek to fly the African flag and agenda on the global stage,” he continues.​“This is seen in the strength of young people to hold accountable political leaders on issues like school fees and the promises of free education. Now looking across the political landscape on the African continent, one notes with great concern that visionary and bold leadership remains absent in the pursuit of the African Agenda for integration of Africa on both socio and economic levels. African leadership must be accountable to its people and their hopes,” says Mr Musa Mdunge

Says Mdunge: “I decided to study politics due to my eagerness to look beyond the political artistry of political actors. I want to rather look at the context and complexities of these actors and the institutions which characterise the political systems and livelihoods of people. Particular my interests are in the African Political Economy and Political Risk Analysis. Both have afforded me the privilege to gain an appreciation of the impact of politics in the economy but more so, the contending issues between this two spheres particularly in the African context.”

“I want to specialise in Tax Law because of its dynamic exciting nature. It has been said to be like a puzzle yearning to be solved. As a creative problem solver I felt this would be the best path for me. Benjamin Franklin, an influential American politician and scientist, once said that nothing is certain except death and taxes. Tax touches every aspect of our lives,” says Ms Sicelimpilo Mguni.​

“The Mandela Rhodes Scholarship makes it possible for me to meet other aspiring African leaders whose different life stories and knowledge which will no doubt have a profound influence in my life and the leadership workshops will definitely hone my skills,” she continues.​​“In (Southern) Africa, tax law can be used as a tool for economic growth. Each year, Africa loses billions in tax revenue due to aggressive tax avoidance schemes undertaken by mostly multi-national companies. This is revenue that could be used to improve health care, education and infrastructure on the continent. Because of this, I want to focus on the aspect of tax law that seeks to uncover the tax loopholes, strengthen the current tax system and implement new changes to the tax system so that everyone pays their fair share of taxes,” she says.

Zimbabwe born, Mguni completed an LL.B degree at UJ in 2014. 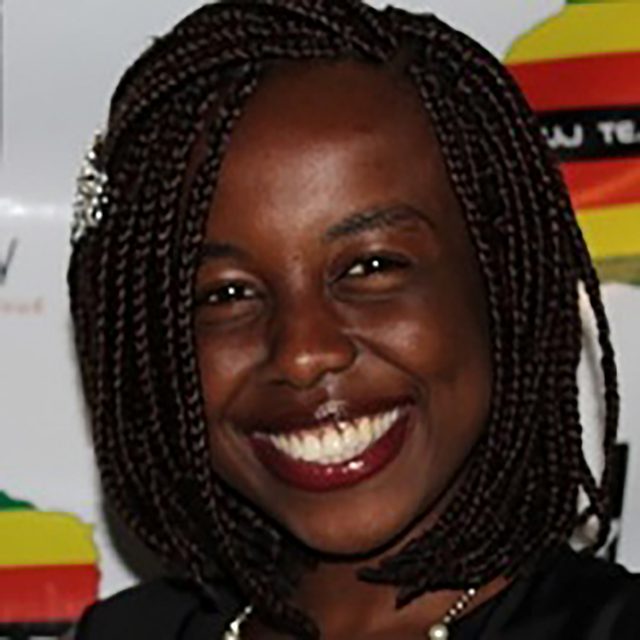