Team South Africa set the bar high in the 2022 CAA African Senior Athletics Championships in Mauritius, with four University of Johannesburg (UJ) students adding 5 medals to the 36-medal tally. These were the most medals bagged by Team SA at the championships since 1993.

“I am super proud of the guys. They are exceptional, and that means that we are doing something right for the club. Getting international medals and becoming African champions is a big achievement. It is a sure proud moment for us, and it means we will have to get more than five medals going forward,” says Roger Haitengi, Manager and Coach: UJ Athletics Club.

Haitengi adds, “There was a couple of fourth/fifth place finishes for our other student-athletes including Leandri Geel and Tshoanelo Aabobe. We see a vast improvement with the team going forward. We are growing from strength to strength. Hopefully, we can develop more excellent athletes going forward, so I hope these guys inspire the upcoming athletes.”

Team SA’s 36-medal tally consisted of 9 gold, 13 silver and 14 bronze) and finished in second place overall while making history by bagging most medals at the CAA African Senior Athletics Championships since 1993.

“It is always a great honour to represent the SA team. I feel proud because I am not doing it for myself only, but for the whole country,” said Links, a UJ BA Sport Science Honours student.

These UJ student-athletes are fresh from finishing in third place at the 2022 University Sport South Africa (USSA) championships in May 2022 in Cape Town. In the USSA competition, Mphahlele won the 1500m in a time of 3:49.51 and Visser won the shot put with a 17.83m throw. 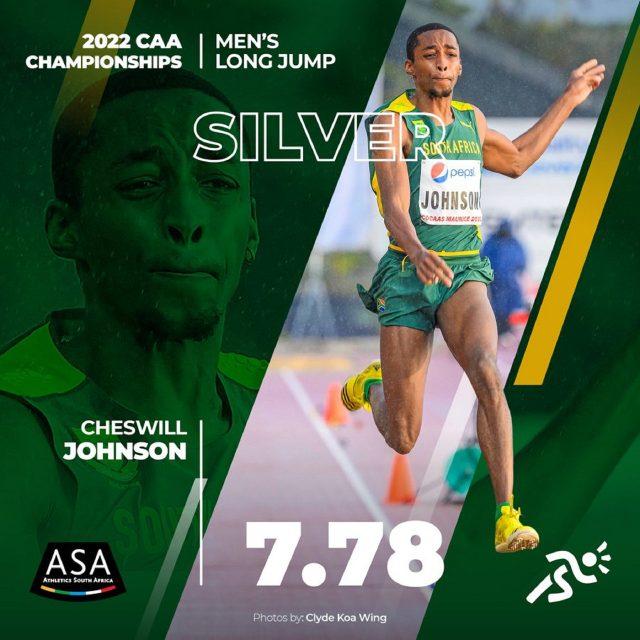