Before the University of Johannesburg (UJ) had the lush lawns, manicured gardens and the designer architectural infrastructure, one of its current Auckland Park Campuses, the Kingsway Campus, started off with a few but beautifully built residences. Among these residences was the former Drommedaris (now renamed Cornerstone Men’s Residence), where the University’s alumnus Professor Chris Brink – the Emeritus Vice-Chancellor of Newcastle University in the United Kingdom – lived between 1971 and 1972 as a Mathematics and Computer Science student.
The rest of the campus space was, at the time, an open field without the iconic ring-like building, trees and proper gardens. Prof Brink and the other students of that time attended lectures in Braamfontein. It was a few years before the former Rand Afrikaans University (RAU) structures were completed. During his stay at Drommedaris as a student, Prof Brink and fellow students played snooker, table tennis and football for entertainment just outside the residence. Sport was one of the main activities for students at that time just as now, but without the current necessary resources such as the free Wi-Fi and laboratories on the premises.
In the 1960s, the Rand Afrikaans University (RAU) was established by an act of parliament as the academic home of Afrikaans-speaking students. The University’s impetus, academic record and relevance attracted students, academics, donors and business partners from diverse communities and language groups through the years. In 2005, the South African government restructured a number of higher education institutions, introduced by the then Minister of Education Prof Kader Asmal. RAU merged with the Witwatersrand Technikon and the two Vista campuses of Soweto and the East Rand, giving birth to what is popularly known as UJ today.
During his recent visit to the Kingsway Campus last week, Brink was visibly impressed by how the University has been able to transform itself into an inclusive and dynamic university. According to him, the University does not only boast four beautiful campuses, (the Auckland Park Kingsway, Bunting Road, Doornfontein and the Soweto campuses), “it also reflects the demographics of the South African nation”. 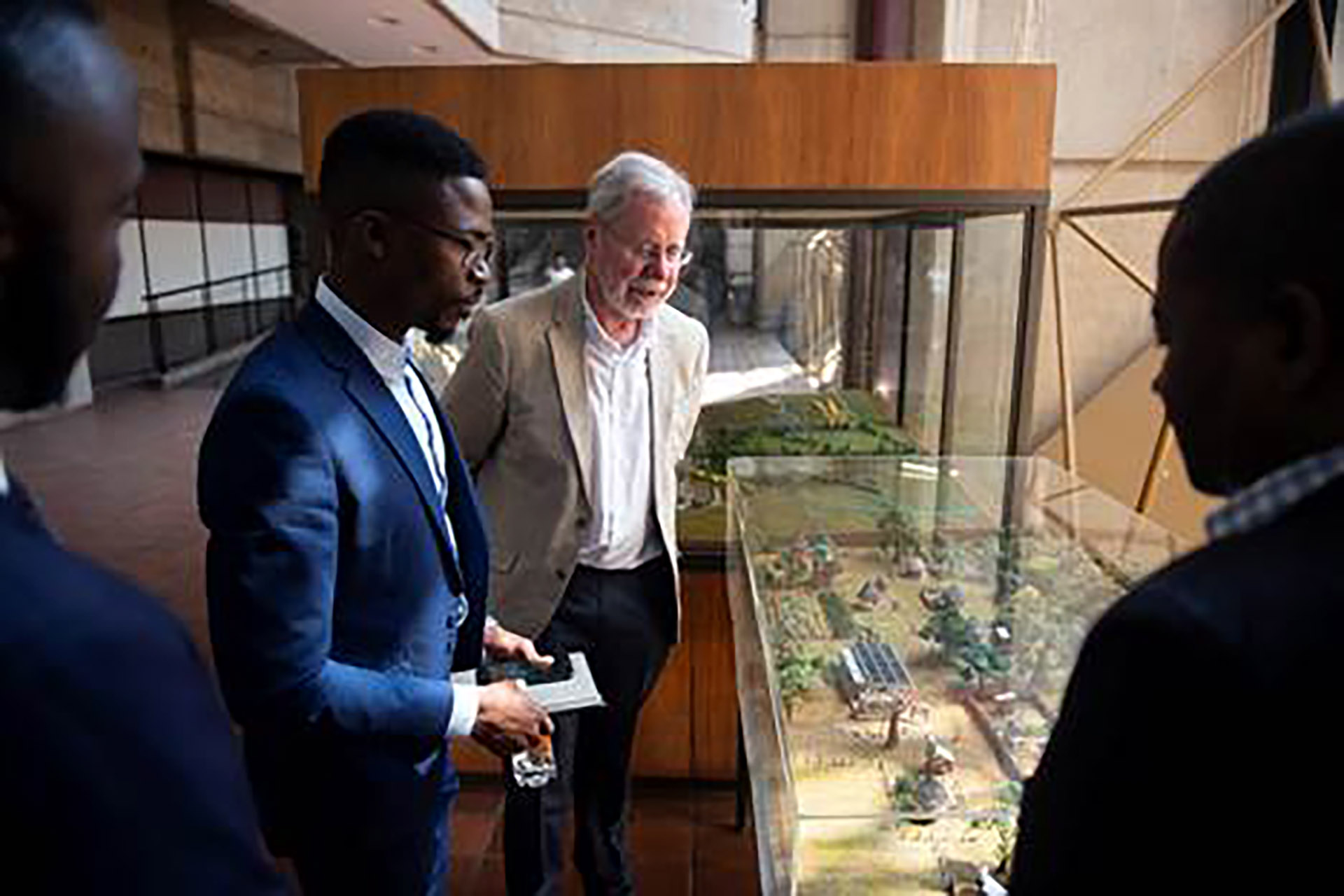 Prof Chris Brink looks at one of the University’s engineering student project at Gwakwani village in Limpopo, displayed in the A-ring hallway at the Auckland Park Kingsway Campus

“The University management should be very proud of this change. It has grown in leaps and bounds,” explains Prof Brink. During his visit – following decades of work in the UK, Australia and other countries – Prof Brink refreshed his memory when he took a tour of the campus, visiting the Library, Student Centre, lecture halls, and walkways as well as the Mathematics Department.
Prof Brink’s book launch at UJ and his background as an academic
On Wednesday, 19 September 2018, the Johannesburg Institute for Advanced Study (JIAS) hosted the book launch of our alumnus, Prof Chris Brink – the Emeritus Vice-Chancellor of Newcastle University in the United Kingdom, Malaysia and Singapore as well as a former Rector and Vice-Chancellor of Stellenbosch University. The book launch was hosted in partnership with the Ali Mazrui Centre for Higher Education and the Postgraduate School. In his book entitled, “The Soul of a University: Why excellence is not enough”, Prof Brink offers a timely reminder that universities should have social purpose, as well as achieve academic excellence. He says that universities should not only focus on what they are good at, but also on what they are good for. Prof Brink’s book highlights how universities can, and should, respond to societal challenges, and promote positive social change. 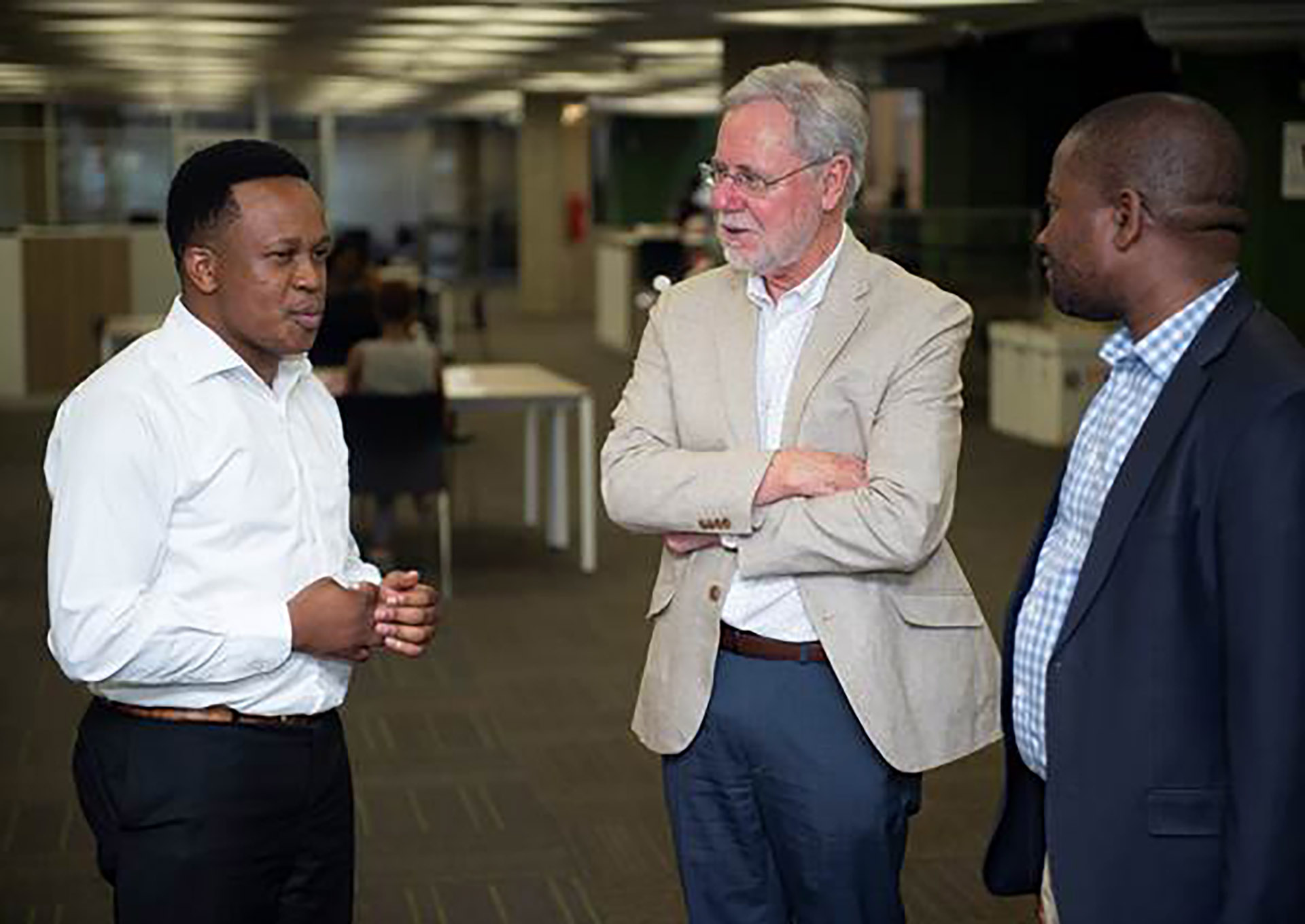 Mr Ernest Mofokeng, one of the University’s Library and Information Centre staff, takes Prof Chris Brink on a tour of the modern Kingsway Campus’ book hive and facilities.

Prof Brink is a South African mathematician and academic. He served as Vice-Chancellor of Newcastle University from 2007 until 2016. Previously, he was Rector and Vice-Chancellor of Stellenbosch University, Pro-Vice-Chancellor (Research) of the University of Wollongong, and Head of Mathematics and Coordinator of Strategic Planning at the University of Cape Town. In the UK, he served on the Boards of Universities UK, the Quality Assurance Agency, and the Equality Challenge Unit, and chaired the N8 Research Partnership, an association of eight major research-intensive universities in the North of England. He is a Fellow of the Royal Society of South Africa.
He hopes to collaborate further with the University’s institutes to share his valuable lessons on education and the role of universities in and for society. 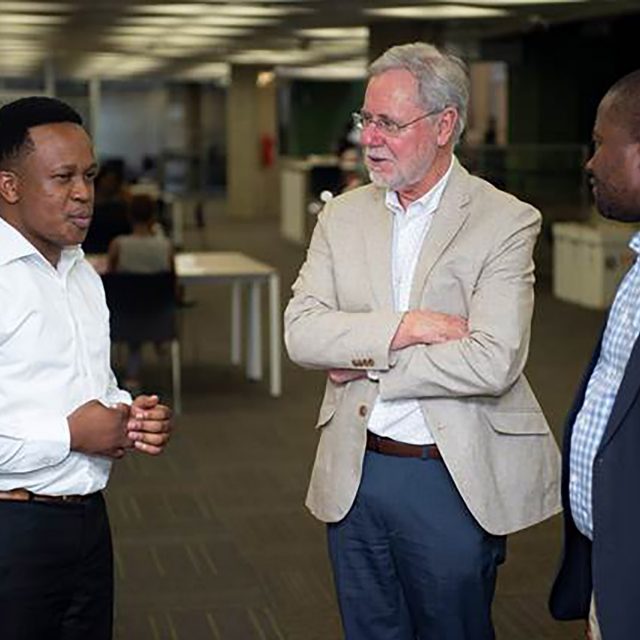