​​​​On Monday, 02 March 2015, the FNB UJ rugby team regained its momentum in the Varsity Cup Rugby Tournament as they outplayed FNB NMMU-Madibaz, beating the Eastern Cape side 42-13 in Port Elizabeth. This being UJ’s third win in the tournament, the UJ Boytjies climbed to third on the log with 14 points, following their only loss in the tournament in a clash against Pukke.

A dominant display by the Johannesburg students’ forwards saw them outscore their opponents by six tries to two as they claimed a bonus-point victory away from home.

UJ looked to hit back straight away as they went on a full-out attack and came within inches in the seventh minute but a stellar Madibaz defence kept them at bay. UJ were not to be denied though as Dylan Peterson crashed over the try line in the ninth minute. Jaco Fourie added the conversion to level the scores at 8-8 after 10 minutes. The Johannesburg students grabbed their second try two minutes later when Robert De Bruyn rounded off a fantastic counter-attack from inside their half to hand UJ a 13-8 lead.

The physical encounter continued as the half progressed with neither side given the other an inch. It would be the UJ students to extend their lead in the 68th minute when Wiaan Conradie emerged with the ball after a successful driving maul got them over the line. Fourie added his third conversion of the match to extend the lead to 34-13.

UJ would be awarded a penalty try in the 76th minute after the Madibaz scrum buckled under sever pressure five metres from their try line which left the ref with no other option. James Campbell added the conversion to take the score to 42-13 as the final hooter approached.

There was not enough tie for the home side to stage a dramatic comeback as they succumbed to their third defeat from four matches. 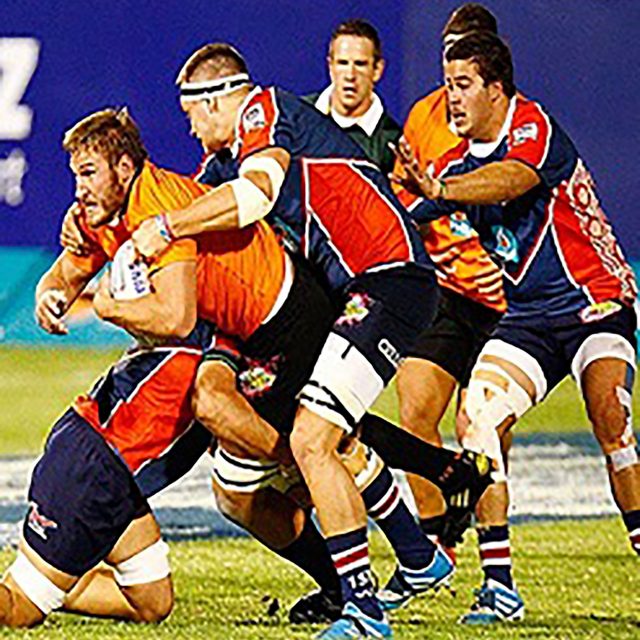